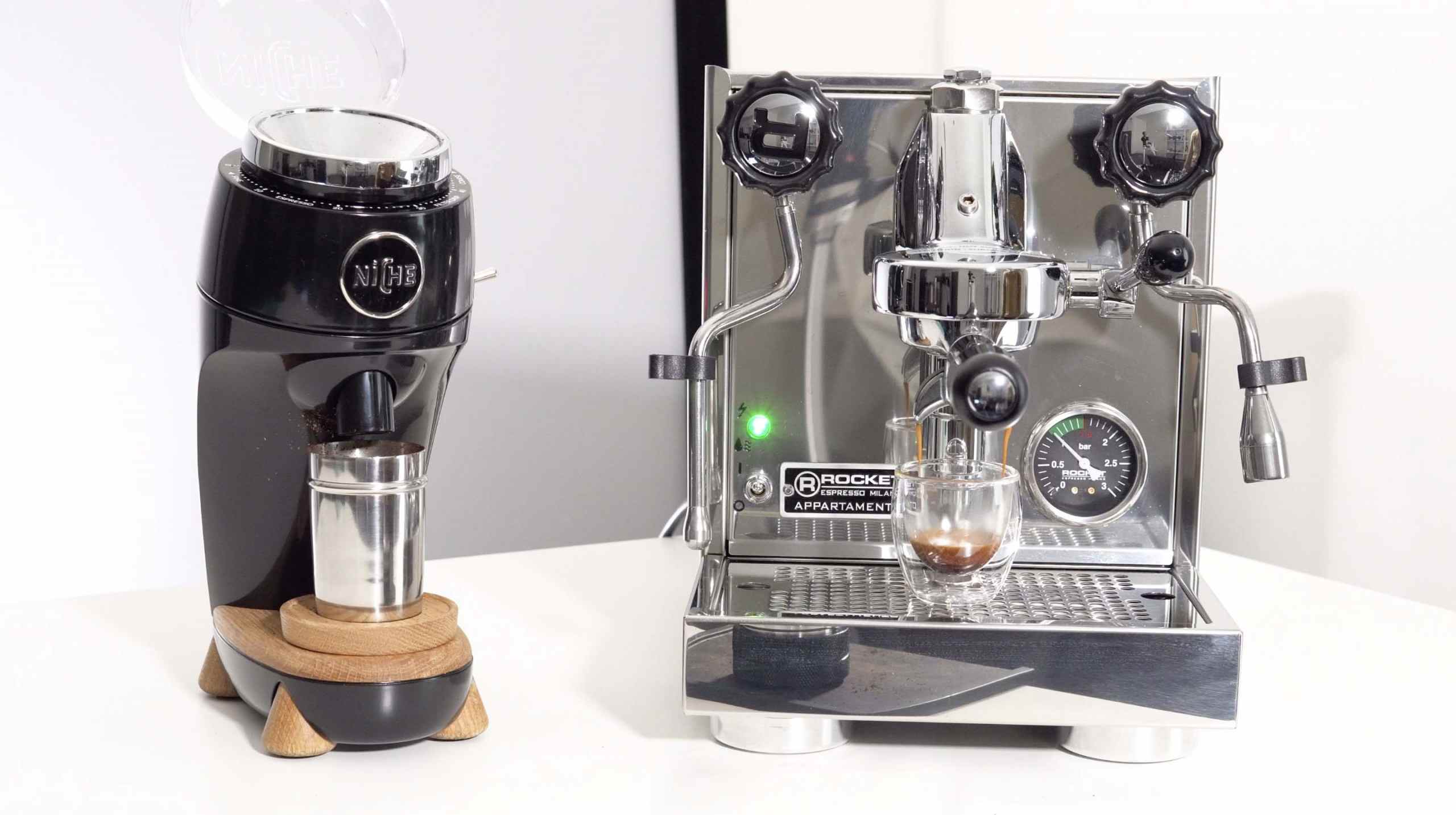 Today, I’m very excited to be giving you an in-depth look at probably one of my favourite coffee products to have come out in the past 2 years, the Niche Zero grinder. In this article, we’ll go through what makes this grinder so unique compared to other offerings in the same price bracket, and then of course we’ll grind some coffee and see how well it performs.

The Niche Zero was first introduced to the world through an IndieGoGo campaign launched back in 2017. It was called the Niche Zero because in addition to wanting to solve several workflow and performance issues they had identified with existing coffee grinders, its primary aim was to have zero (or at least minimal) retained grinds from shot to shot. This in and of itself is a big benefit to workflow that we’ll get into later on in the review.

When you first unpack your Niche Zero, you will install the circular wooden grind tray, and then extend only as much power cord as needed from the clever storage system. Three other items are included in the box; a user’s manual, a nice wooden grinds brush, and what has become the somewhat iconic 58mm Niche dosing cup.

Looks are always subjective, but I personally REALLY like the appearance of this grinder. The look is contemporary, but manages to do so while straying away from the boring boxy form factor of most other grinders, and for that matter, most espresso machines! Sitting this unit next to a big chrome heat exchanger is a nice bit of design contrast, and I especially like it in the black color I got for that reason. The wood accents further soften the look, and I think that if you’re someone who has retrofitted wood accents to your espresso machine, this will be a VERY sharp looking combo.

Looks aside, the build quality follows suit by being very high quality. When I first received the unit, I was pleasantly surprised by how heavy and sturdy the cast aluminum body felt. This thing is NOT going to be moving around on your counter top, thanks to the weight, and 4 non-slip rubber feet hidden again behind wood finishes. 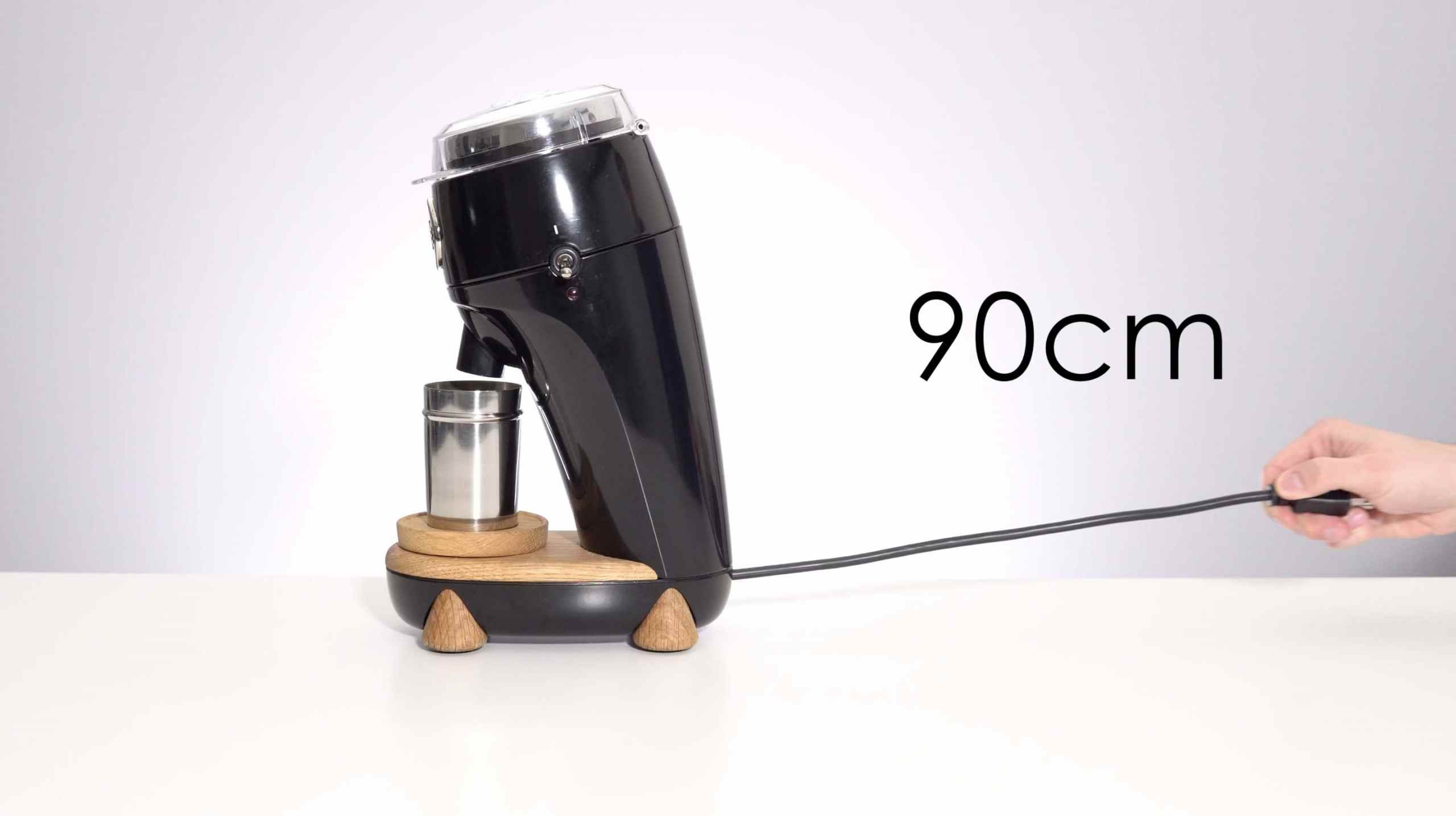 Under the top flip up lid is a single funnel which can hold around 55gr of beans at a time. This may seem like a lot if you’re considering this purely for espresso use, but it’s just about the minimum workable capacity for other brewing methods such drip or large batch chemex… just something to note. 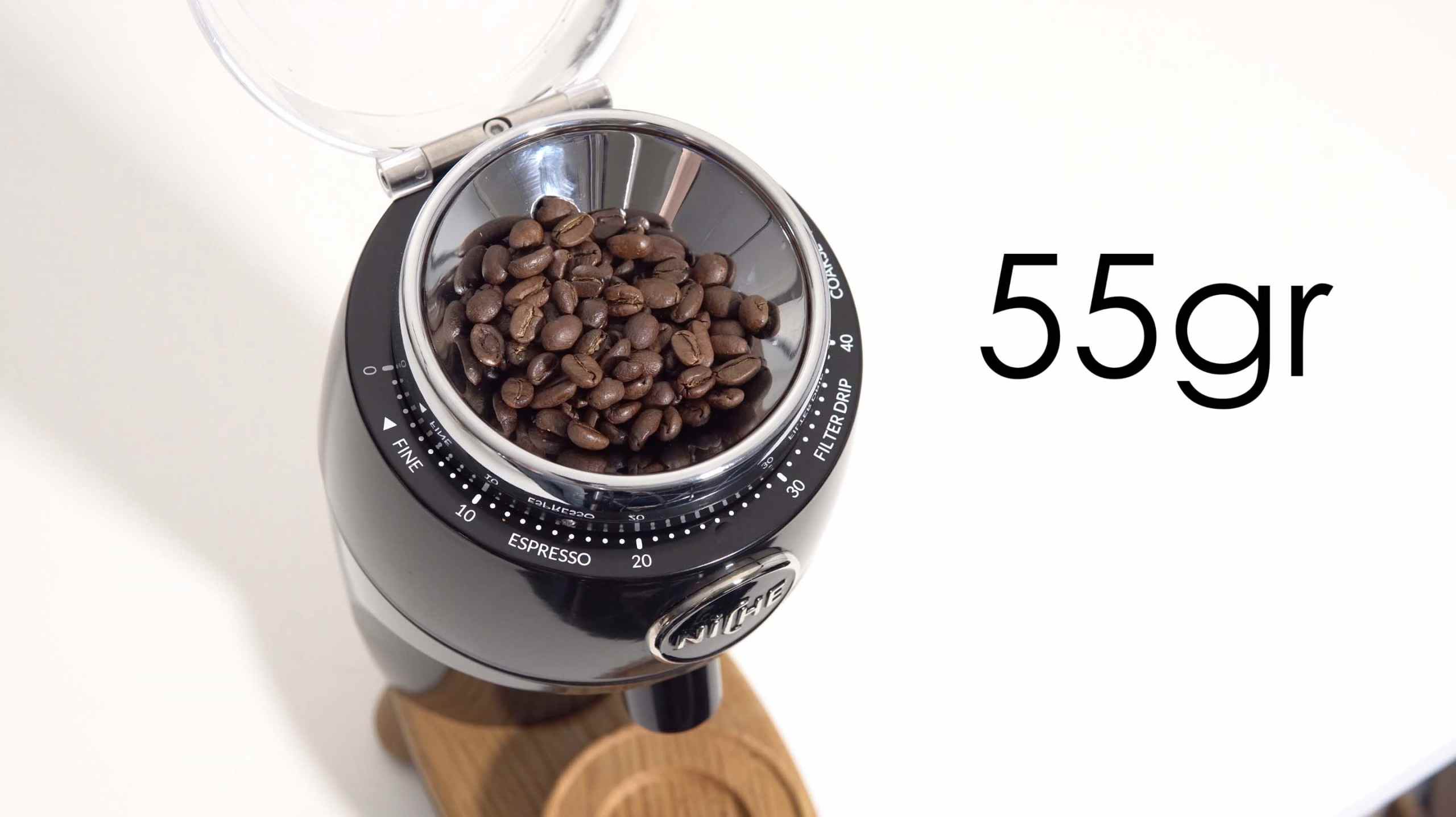 Being fed by the loading funnel are a set of 63mm conical burrs. Niche opted to use a tried a true set of Mazzer burrs for this critical component. In fact, they have been lifted directly out of a commercial Mazzer Kony grinder (which costs almost 3 times as much as the Niche at the time of writing). Having these large 63mm burrs allows them to spin more slowly, which not only reduces noise levels, but also lowers the temperature introduced into the coffee while grinding. Smaller, faster spinning grinders can actually risk burning the coffee with the heat they generate. For comparison, here are the burr sizes from some other popular grinders you may be considering. 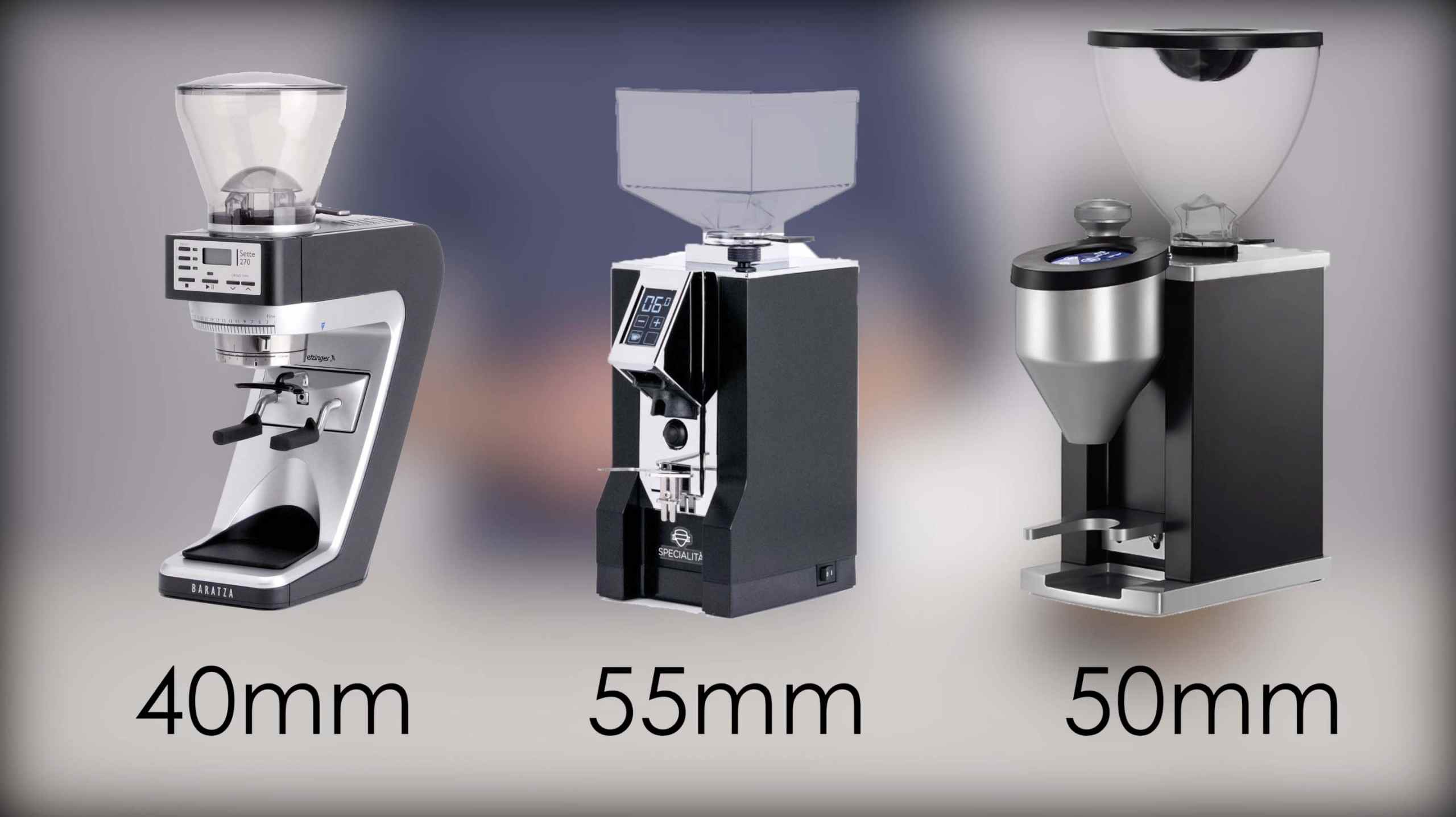 No, burr size isn’t everything, but it is pretty universally agreed upon that in the world of coffee grinders, bigger is better.

On top of these burrs is a recent addition to the Niche, which is something they’ve named the Niche Flow Control Disk. Early versions of the Zero were known to suffer from quite severe popcorning of beans, which has a negative impact on grind consistency. This new disk manages the flow of the beans, and also stops them from jumping around once they’ve entered the grinding burrs. It’s nice to see a company that is willing to listen to the feedback from early customers, and very quickly make adjustments to their product. 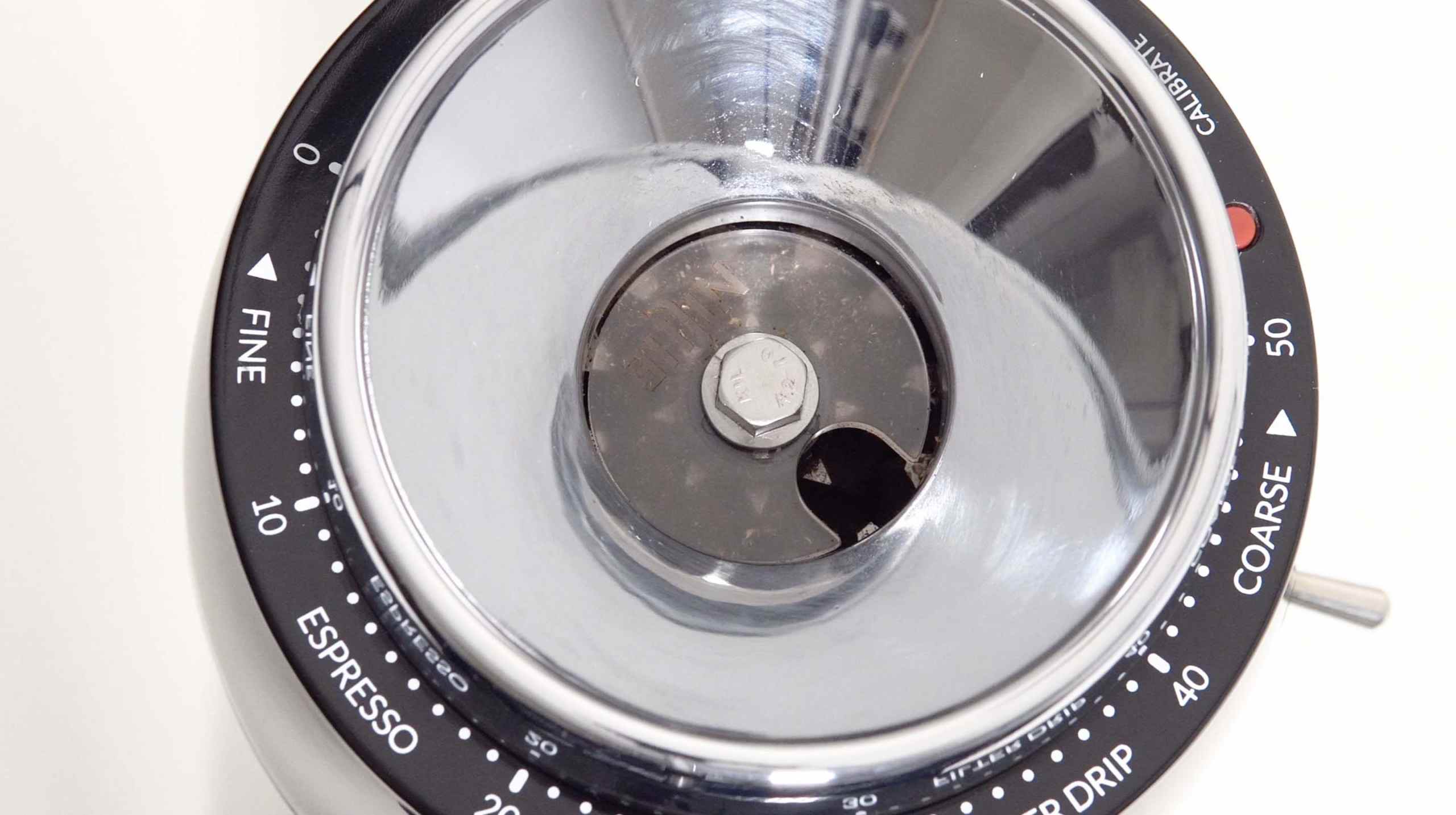 Grind size adjustment is of course stepless, and is operated by turning the entire funnel assembly. A subtle chrome dot indicates where exactly you are on the coarseness scale. I find that based on how fine the adjustment resolution is with this grinder, the indicators are well spaced. I’ve seen some people saying that they wish that there were more tick marks around the outside, but from my experience, you need to move at least half a step to see a noticeable change to a shot of espresso. So as long as you are exactly on one of the markings, or exactly in between, repeatably hitting the same grind setting shouldn’t be an issue. This fine level of adjustment makes dialing in VERY accurate.

One thing that Niche is adamant about is that this is the only coffee grinder you need for all of your at home coffee needs. For this reason, the grind size range easily covers all the way from espresso fine, to French press coarse. However, a common gripe that I do agree with is that the dial markings stop before the end of the adjustment range. If you want to repeatably grind out at the limits, you’re going to have to add your own markings… 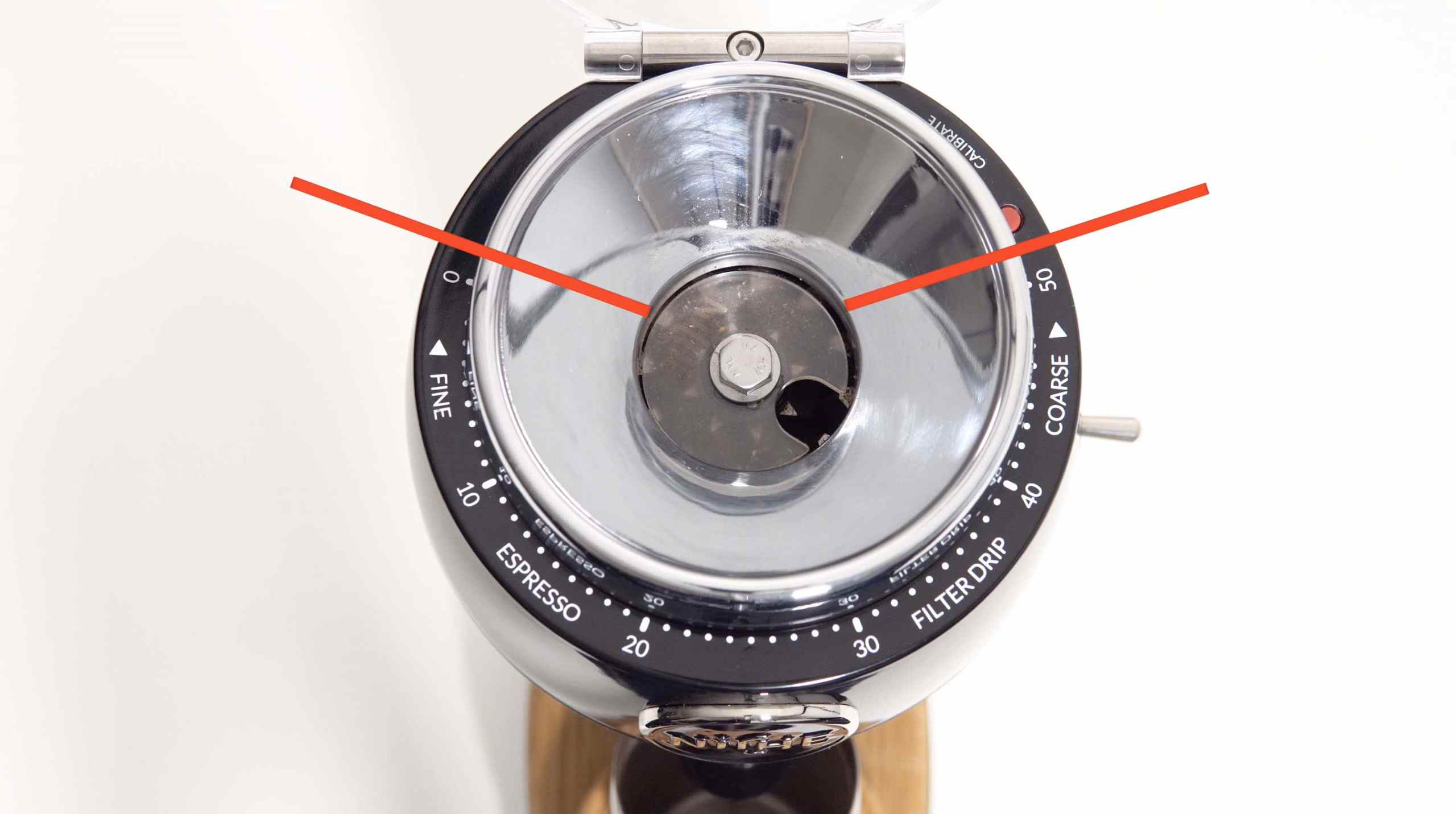 Being a single dosing machine, controls are about as minimal as they come. A switch on the right side of the machine will start the grinding, as long as the top lid is fully closed which engages a safety interlock. I’ve seen some people even operate the grinder by simply leaving it switched on, and then using the lid to start and stop. Another small gripe I have with this machine is the small orange power indicator light that stays continuously lit… WHY NICHE WHY!

Alright, I think that’s enough talk about the physical machine. Let’s actually grind and make some coffee with this thing!

Let’s start by testing the grinder’s namesake it’s “zero” retention. The website claims consistent retention to within +/- 0.2gr, and based on 7 runs of 18gr doses, our data can confirm they aren’t messing around with that figure.

So we’ve seen that the grinder can, in fact, grind repeatably with extremely low retention as the name implies, but how exactly does that help you at home? Having a low retention grinder helps in 3 key situations:

For these reasons, single dosing to me has always been a no-brainer for home use, only with one critical drawback. Single dosing grinders are EXPENSIVE. You can use the link in the description below to check your local pricing, but compared to even the least expensive Ceado single dose grinder, Niche has them beat on price by a long-shot.

So, we’ve determined that this grinder looks great, and has some seriously low retention, but how does the coffee actually taste?

The answer is that it tastes like a high end conical burr grinder should taste. Grinds come out of the grinder very fluffy, with minimal clumping, and the perfectly sized dosing cup really is a pleasure to use… The flavour is full, with the fruity and acidic notes from the coffee slightly more pronounced than you may be used to on a grinder with a flat burr set. Grind size consistency is very good, and a reduction in the amount of fines at the bottom of my cup was immediately noticeable compared to something lower end like the Breville Smart Grinder Pro. The grinds produced these two grinders do honestly look like they’re from completely different beans… but they’re not… and the way that shots extract from these two grinders is also night and day. 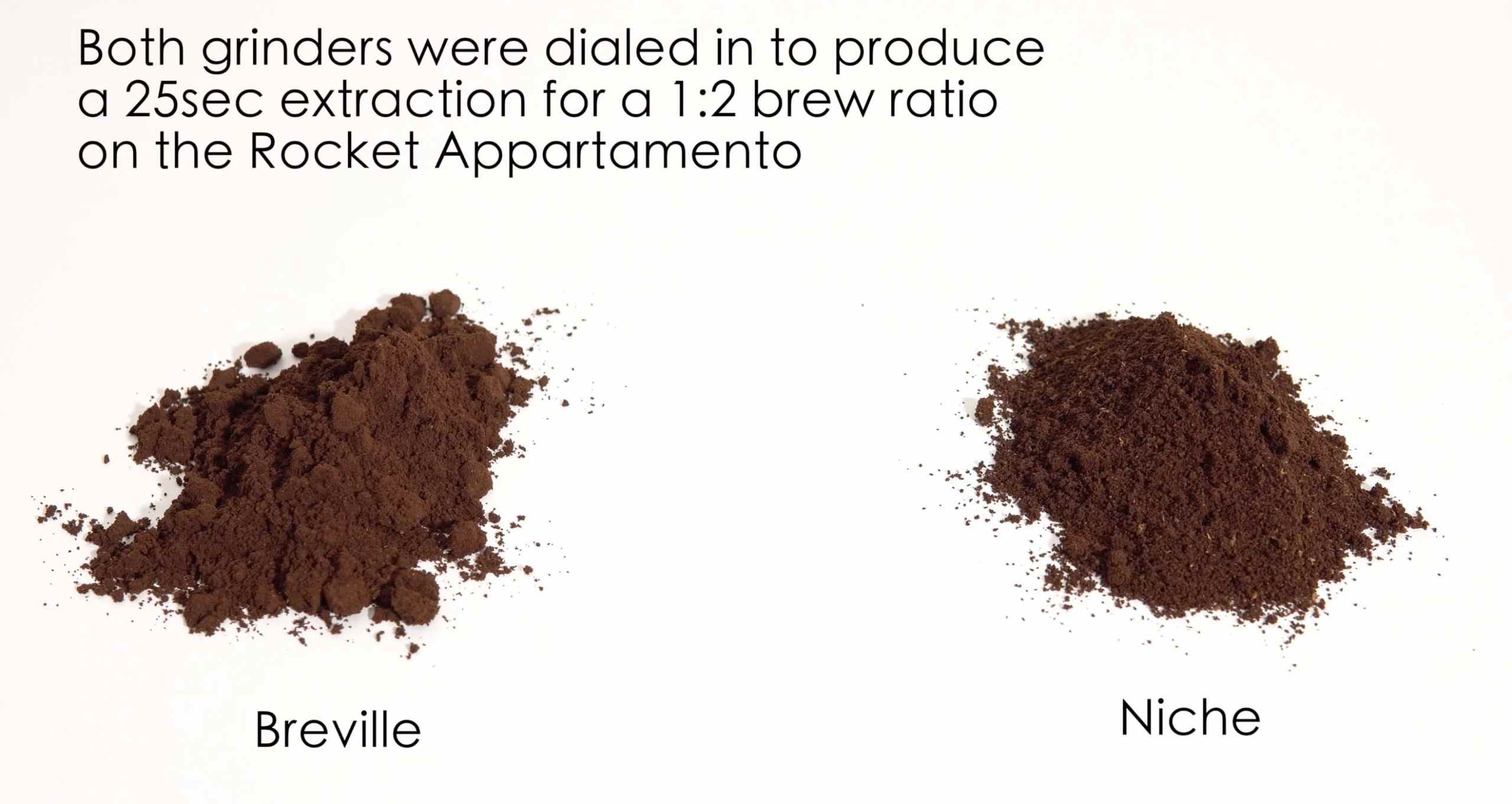 The Niche zero has undoubtedly taken the single dosing grinder market by storm, and I’d be very surprised if the big names don’t come out with some lower priced options very soon to take on the Zero. But for now, I can say that in terms of looks, performance, and value, the Niche Zero is operating in a league of it’s own, and the creators should be very proud of the cult following they’ve already built around this grinder. 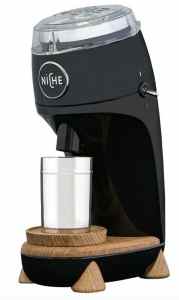 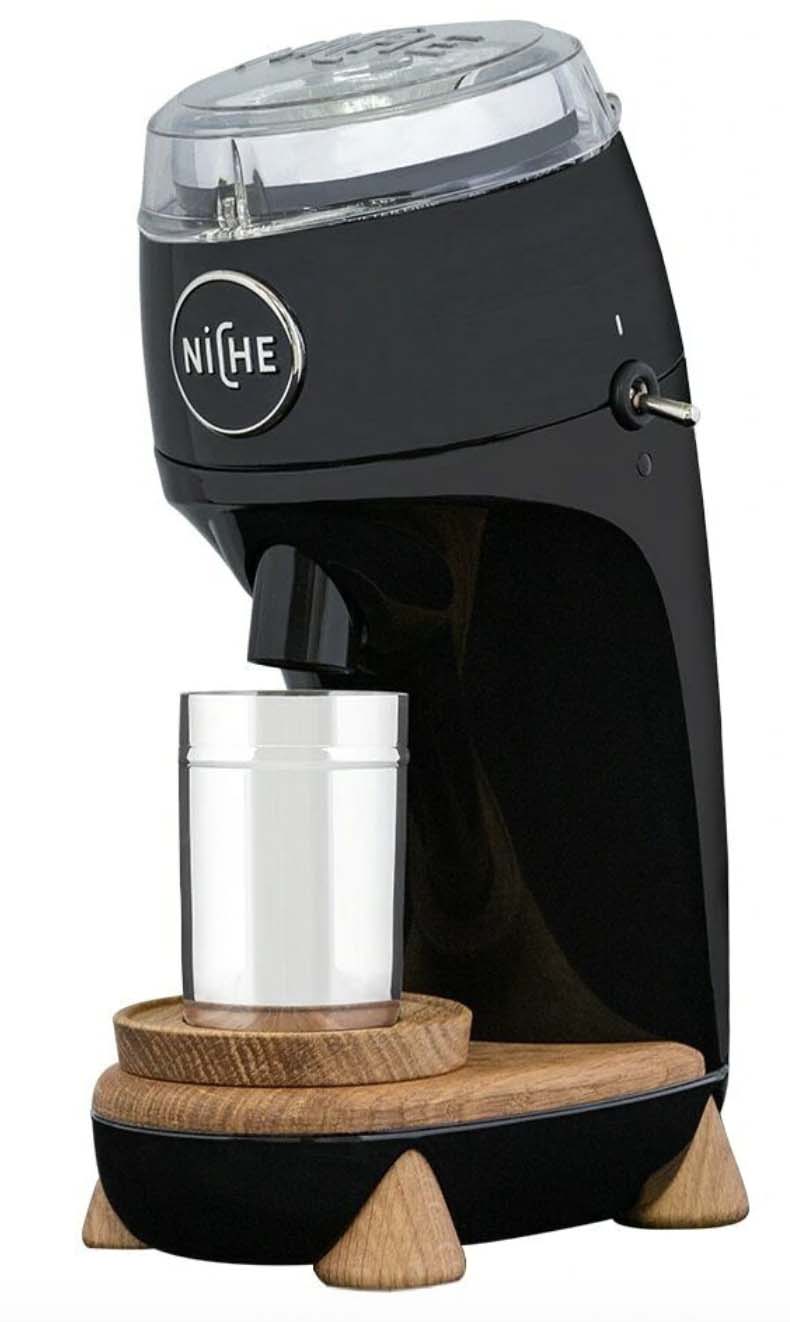