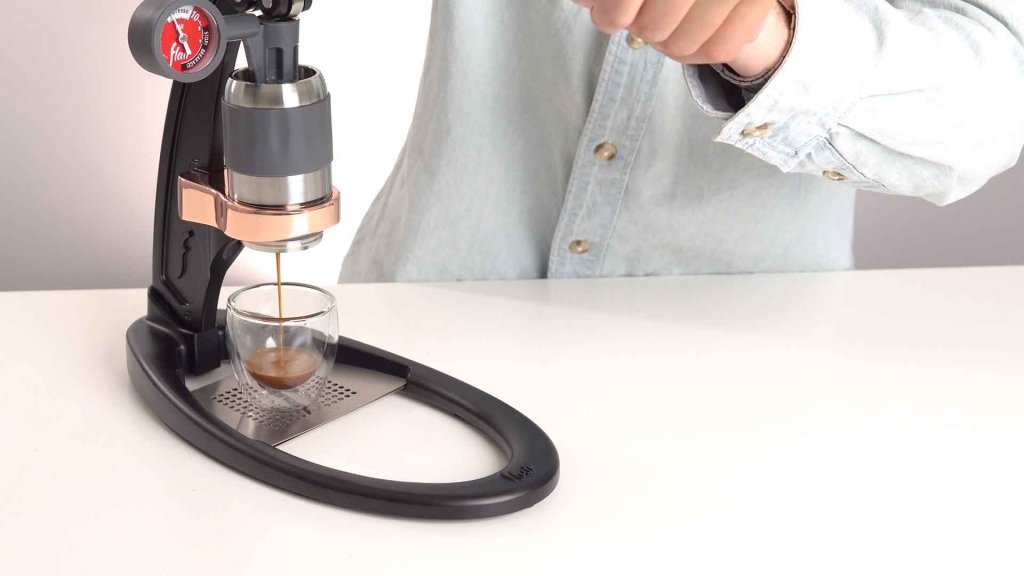 The Flair espresso machine. It’s a product who’s sleek and modern silhouette has already reached an iconic place in the world of manual espresso machines. But what is it like to actually live with? And is the coffee that comes out of it any good? Let’s find out

When I first received and unboxed the Flair, I was initially very overwhelmed with the sheer number of parts included in the travel case. The assembly of the group head and portafilter is more intricate than a standard espresso machine, because of the way this entire system works without the use of any valves or motorized parts. However, once you correctly assemble the unit for the first time, it becomes much more intuitive. 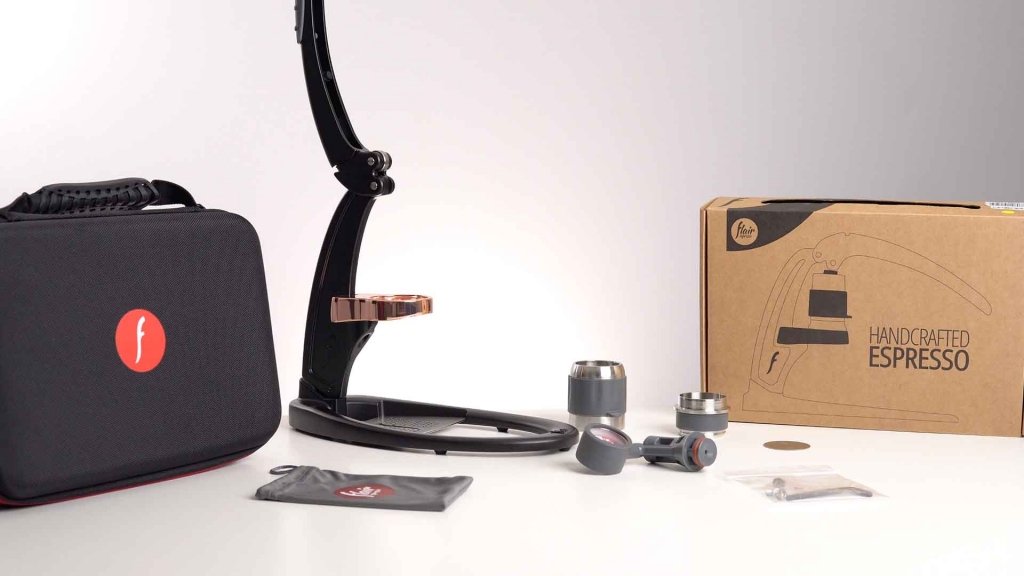 The stand itself is far simpler to assemble, and I really like how it doesn’t NEED to be screwed together in order to be used. I think that’s a clever design. 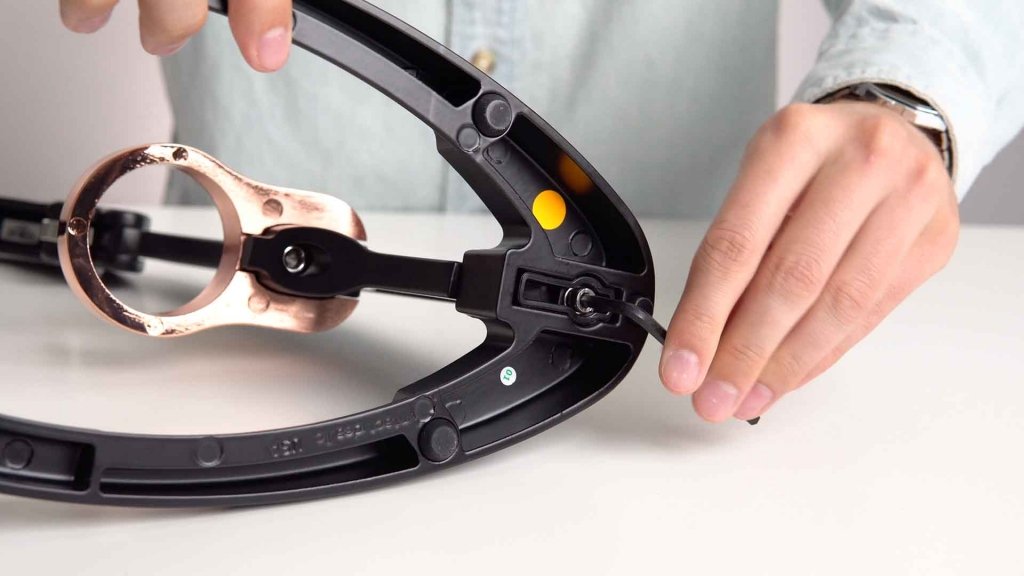 Build quality is top notch all around, with everything being made of either metal or thick thermally insulating rubber. The only design issue I found had to do with the rubber padding on the lever arm. It had a tendency to move around while I was pulling my shots, because it’s only fastened on at three small points. Definitely something I hope they improve on in future versions. 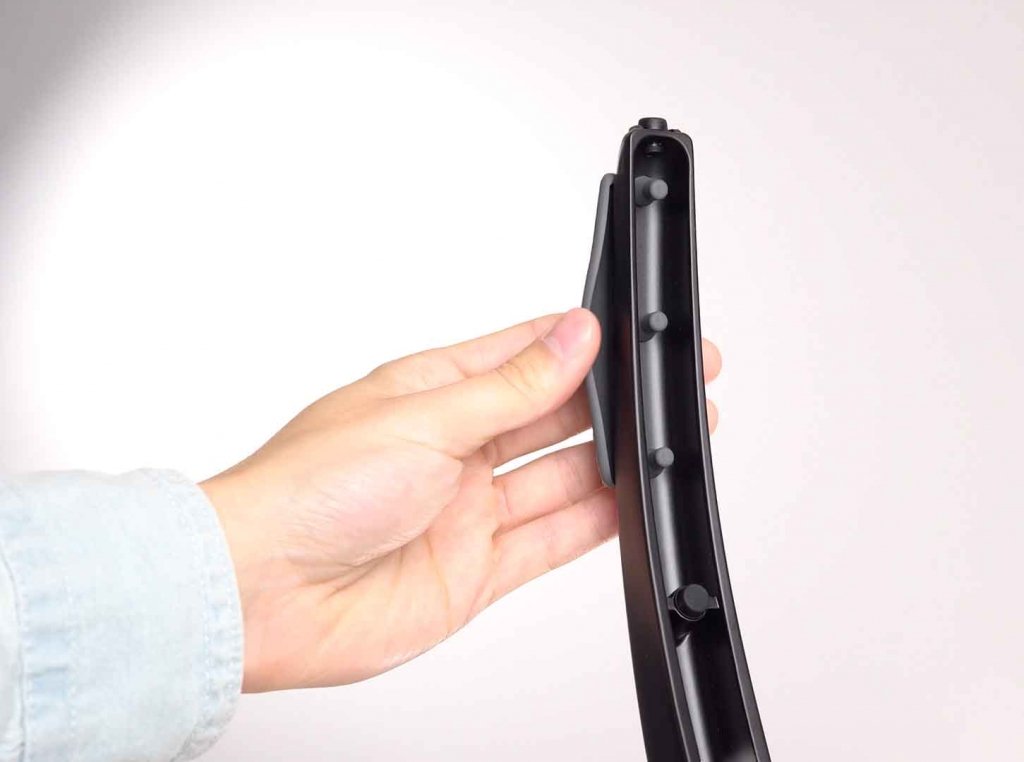 Color choices are all quite modern and tasteful, but I particularly like the brass finish that comes on the Signature and Pro stands. 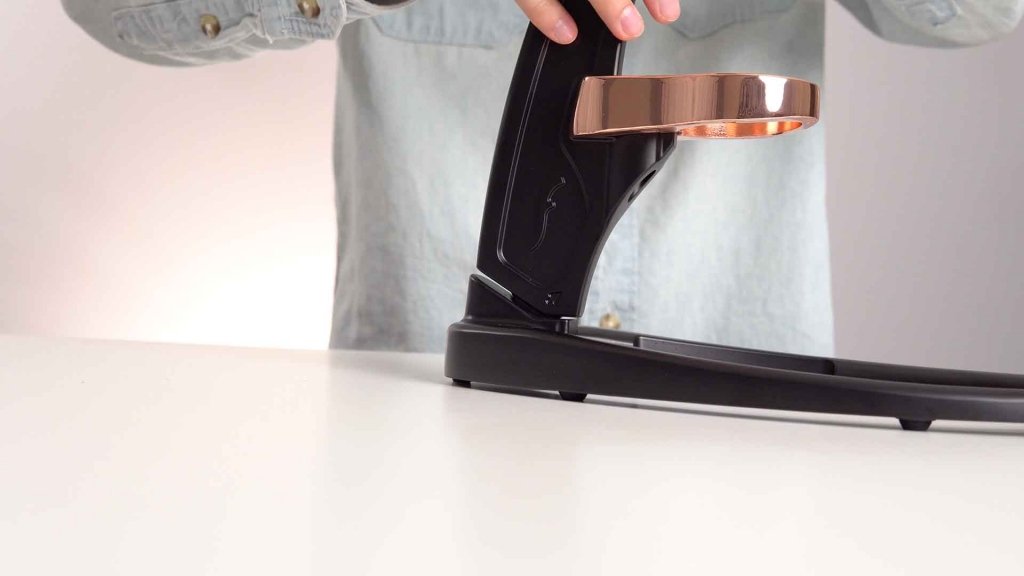 Because there is no heat introduced by the machine itself, the brew chamber needs to be pre-heated before pulling a shot, otherwise, the metal will rapidly pull heat away from the water, resulting in an under extracted espresso. To pre-heat, you simply seal the base of the chamber with the rubber cap, and fill with boiling water. I recommend doing this 2 or 3 times, ESPECIALLY when using lighter roasts where extraction is more energy intensive.

While the chamber is pre-heating, you have plenty of time to grind and dose into the filter basket, which comfortably holds 16 gr of coffee. The PRO 2 variant I’m using now, only comes with a single wall filter basket, so you’re going to need to ensure you have a good quality grinder if you want to go this route. If you don’t have a good quality espresso grinder, you’re not out of luck, as Flair also offers versions with pressurized filter baskets in their NEO product lineup.

Once your brew chamber is pre-heated, and your filter basket is filled, all that’s left to do is add the shower screen, fill, and start the extraction. No-matter which Flair you are considering, I highly recommend opting to get pressure gauge. In such a manual process, it’s a big help to avoid the feeling of flying completely blind. 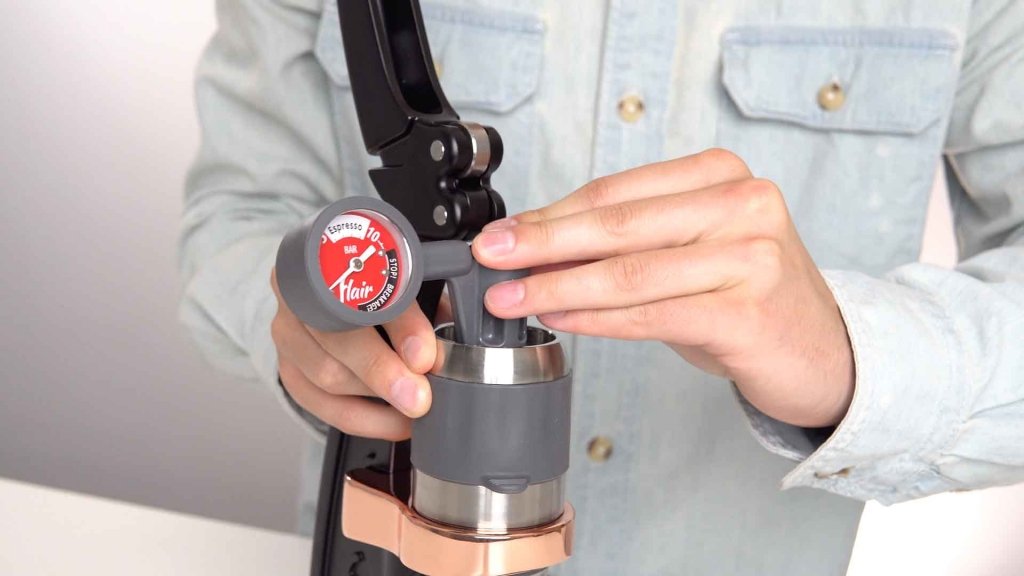 Extracting on the Flair takes some force… the sizable lever provides you with a 9:1 mechanical advantage, but this system is not for the faint of heart. The pressure you need to apply, combine with slightly longer typical shot times, can result in some shakiness close to the end of the pull. 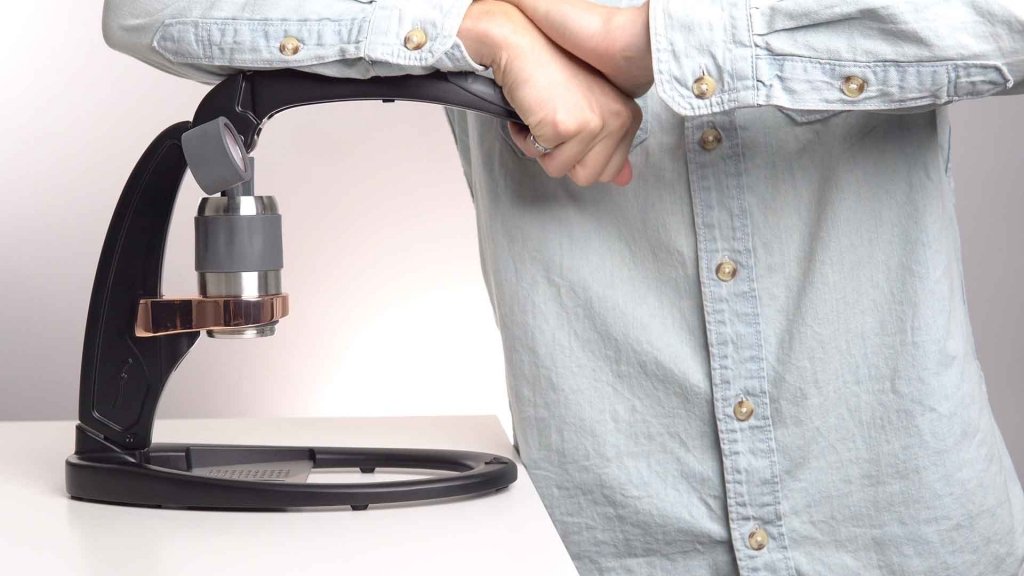 For this reason, an unexpected learning curve that I encountered, was the technique for pulling the shot. If you start by PULLING down on the lever, you will end up in a very difficult position mid-way through the shot, needing to drop your entire body below the table in order to continue applying pressure. Instead, the better approach is to PUSH down on the lever, keeping your body weight above the machine, and using your other arm for additional support.

So, how does the coffee actually taste… This is the aspect of the Flair that I was most surprised with. If I’m honest, I wasn’t expecting to be impressed by the quality of espresso the Flair would produce. Because of how highly sensitive espresso is to minor changes, I thought that introducing ANOTHER variable of manually controlling the pressure would result in a workflow that was just too difficult to get right… and BOY was I wrong!

The very first shot I pulled on the Flair was using a roast that I had been drinking for a while, and thought I was fairly familiar with. It has a lighter Columbian coffee, with a subtle apricot tasting note on the finish. Or at least I THOUGHT the apricot was subtle…. When I tasted that first shot on the Flair, the Apricot flavour leapt out of the coffee, and I was left in a bit of shock trying to figure out how I was able to produce such a balanced and tasteful shot on such a manual machine.

Over the next few weeks of experimenting, I came to learn was that what I thought was an added variable, actually turned out to be an added layer of forgiveness in practice. When you control the pressure and flow rate yourself, you can adapt throughout the shot as it progresses. So if it’s flowing too quickly, you can lessen your pressure, to adjust the flow to a more reasonable rate. On a pump driven machine, this same feedback loop doesn’t exist, so if your preparation or grind isn’t perfect, the machine will still blast water through the puck at the same pre-determined pressure. Leaving you with an under-extracted shot.

Which raises the question, why wouldn’t someone make a pump driven machine where you can consciously manage the flow rate? Oh wait, enter the Decent DE1 and the class of other high-end flow control machines now entering the market. Pressure profiling is quickly gaining popularity, because people are starting to realize it’s benefits for extracting amazing flavors out of coffees you thought you knew well. But boy is there a price difference between the Flair and these other machines that offer flow control.

In fact, when I started to think about it more, the more I realized how silly the prices of some espresso machines are when you’re buying them for at-home use where you’re making 1 or 2 espressos at a time. We obsess over getting a machine with PID control, volumetric dosing, flow control knobs… and blindly accept massive price jumps in order to do so. On a manual machine like the Flair, if you need more heat, boiler hotter and pre-heat longer. Want less yield? Put less water in. Want to pressure profile? Go right ahead… 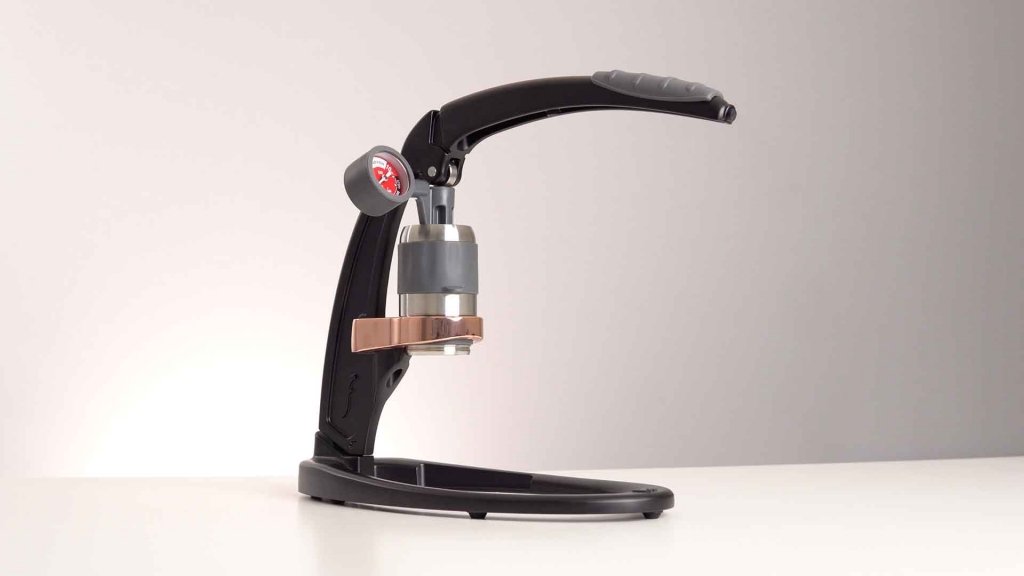 If you’re willing to put in the effort, the Flair offers unbeatable quality and opportunity for experimentation at its price point. Each morning, I’m still making my espresso on the Oracle, or the Appartamento. But on the weekends or when I have guests over? It’s been all about the Flair recently. No, it’s not practical for serving more than 2 or 3 people in a reasonable amount of time, but the show it puts on is worth the trade-off. And when I’m making coffee for just myself, no other machine I currently own gives me the ability play around with flavor like the Flair does. 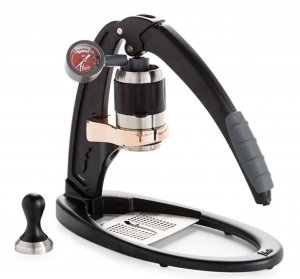