Skip to content
E61 Flow Control Kits – Worth it?

Adding a flow control kit to your E61 espresso machine, it seems like an absolute no brainer! These kits are relatively inexpensive, and are very straightforward to install. However, because of some simple physics, the operation and applications for this kind of mechanical flow control might be slightly more limited than you’d expect. Is this a deal-breaker? Let’s dig in! 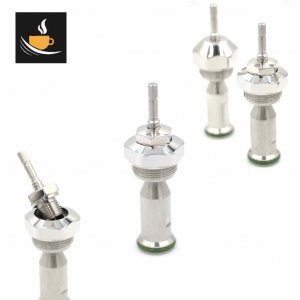 The Basics of Espresso Flow

First, let’s start off by VERY quickly defining the variables in an espresso extraction. As an espresso machine runs, the pump delivers a flow of water through the group head. If you place a portafilter with coffee in the way providing a resistance, pressure will build behind that puck, and that pressure is proportional to the resistance the puck is able to create, and the flow rate of water trying to pass through it.

The resulting flow rate of the espresso falling into the cup, is then a function of the resistance of the coffee puck, and difference in pressures between the group head, and the atmospheric pressure.

We can see this in action with a normal espresso shot. Espresso machine manufacturers carefully design in such a way that when presented with a “typical puck resistance” the machine will output a “typical flow rate” into the cup, generally in the range of 1.5-2mL/s. But because most machines do not have flow control, the only variable changing throughout an extraction is the resistance of the coffee puck, which slowly decreases as it degrades. This is why espresso shots speed up towards the end. 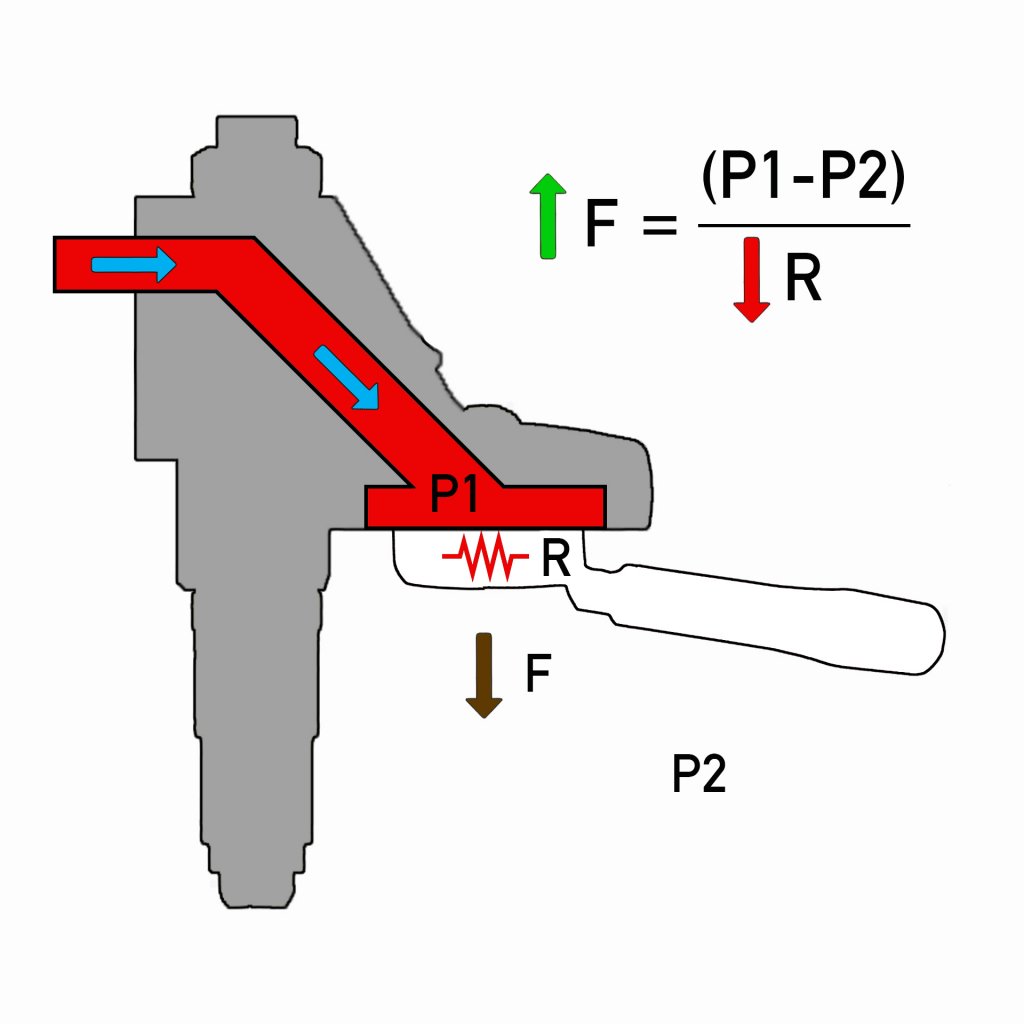 Why Flow Control is Useful

Because we can’t control the resistance of the puck of coffee during a shot, the only way to intervene or “profile” the shot is with the water flow rate. On a true flow controlled machine, you can independently modulate the flow rate of water into the puck, which then also indirectly gives you control over the pressure in the system. This allows flow controlled machines to deliver low pressure pre-infusions by maintaining a low flow rate that the puck can absorb, and then perhaps maintain a certain pressure as the puck degrades by slowly increasing the flow rate, or alternatively maintain certain flow rates into the cup by gradually lowering the flow rate as the puck resistance lowers.

This control is valuable because it allows you to adapt to changes in the puck resistance, as well as treat the puck more gently at the beginning and end of the shot, leading to more even extractions, and often less channeling. The differences in the way machines deliver water throughout the shot, is a big part of what gives different styles of machines different flavour characteristics.

On a machine such as the Decent DE1, the machine is able to deliver a set flow rate of water completely independent of any other variables. If that flow rate results in the pressure rocketing up to 12 bar, cool, the machine doesn’t care because that’s what you’ve told it to do. The same thing can be done with a manual lever machine. With a mechanical flow control valve such as these E61 systems, it’s not quite that simple. They don’t have a brain, human or digital.

These flow control knobs use a variable aperture, or in other words, they create a larger or smaller opening depending on the position of the valve, to let more or less water through. And this relationship is quite direct, WHEN there is no pressure on the other side. The wider the hole, the faster the flow rate, think of a kitchen faucet. 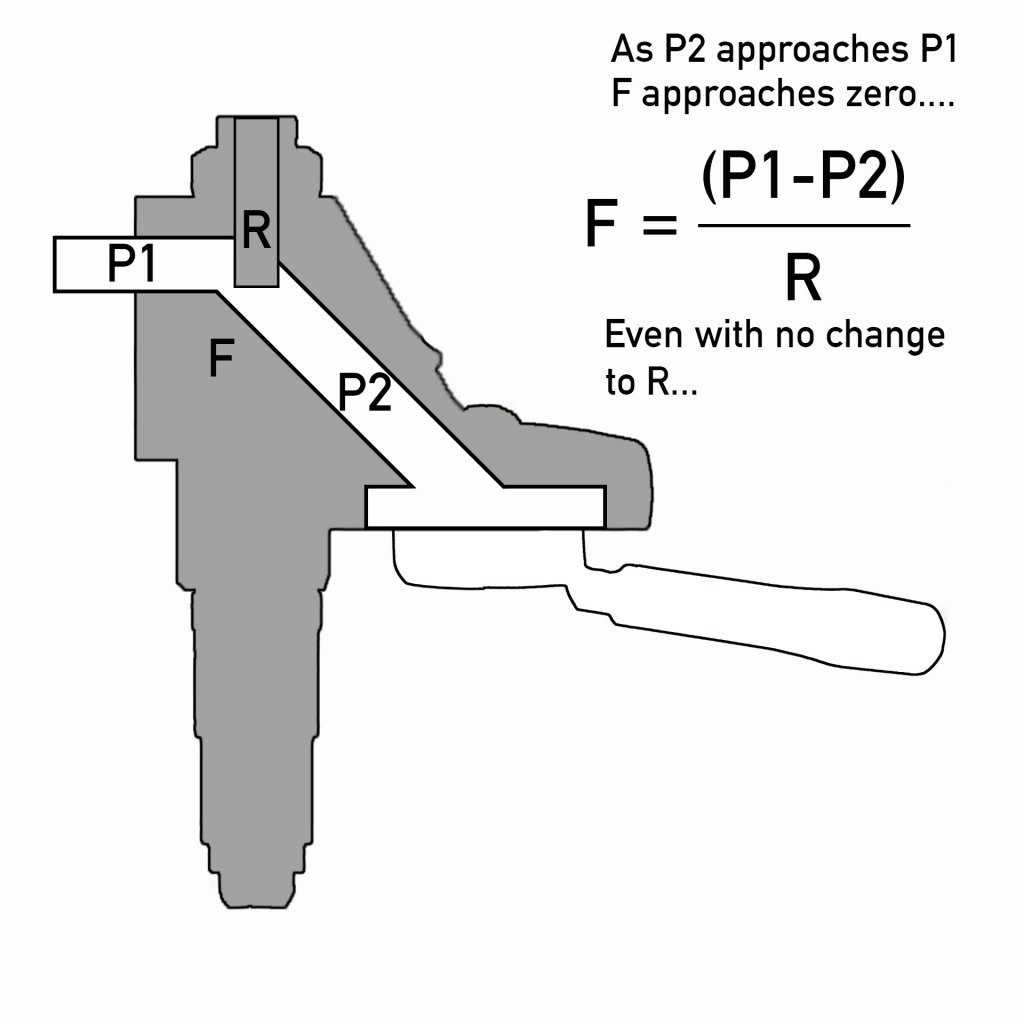 What this means, is that while you do have control over the flow rate using this device, it is not a direct relationship. One valve position does not mean one specific flow rate. It’s like a game of broken telephone, you give an input at narrow the opening, which will slowly change the pressure behind the puck as the water exits, which will then slowly change the flow rate into the cup.

What this looks like in practise, is that the responsiveness of adjustments to the knob become quite delayed or muted when you approach full brewing pressure. Using a system like this is far more about reacting to changes of the flow rate into the cup, instead of proactively planning a flow profile you’d like to achieve. 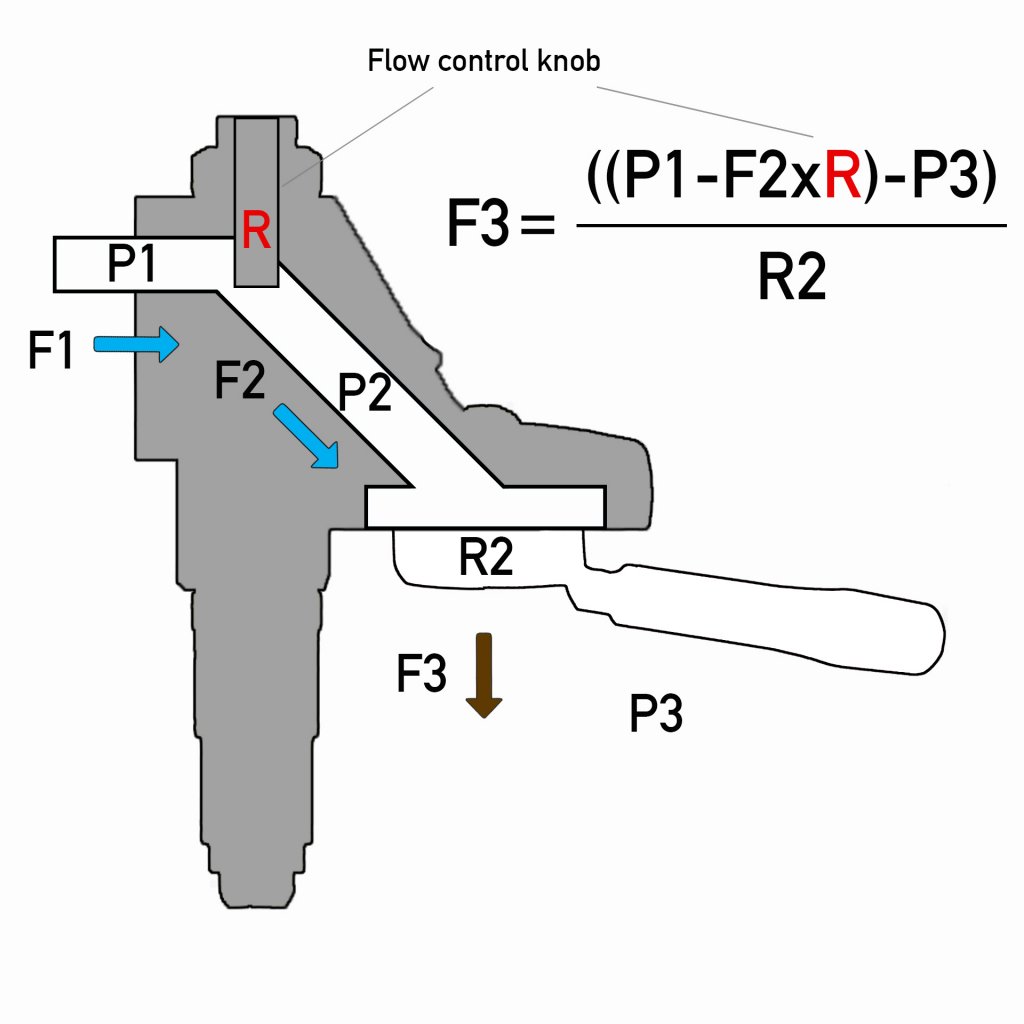 So with ALL that being said, are these valves worth it? Absolutely yes! Just because they can’t achieve the extremely precise profiles of something like the Decent, or a manual lever machine, doesn’t mean they aren’t useful. Being able to control the flow rate during pre-infusion, and then also taper off the flow rate towards the end of the shot is extremely valuable, and will undeniably provide you with a more consistent, although more involved, E61 experience.

As long as you understand that this kind of flow control is more of a broad adjustment, and not a precision input, you’ll be very happy with the impact one of these has your espresso setup, and I highly recommend that anyone with an E61 to give it a try.