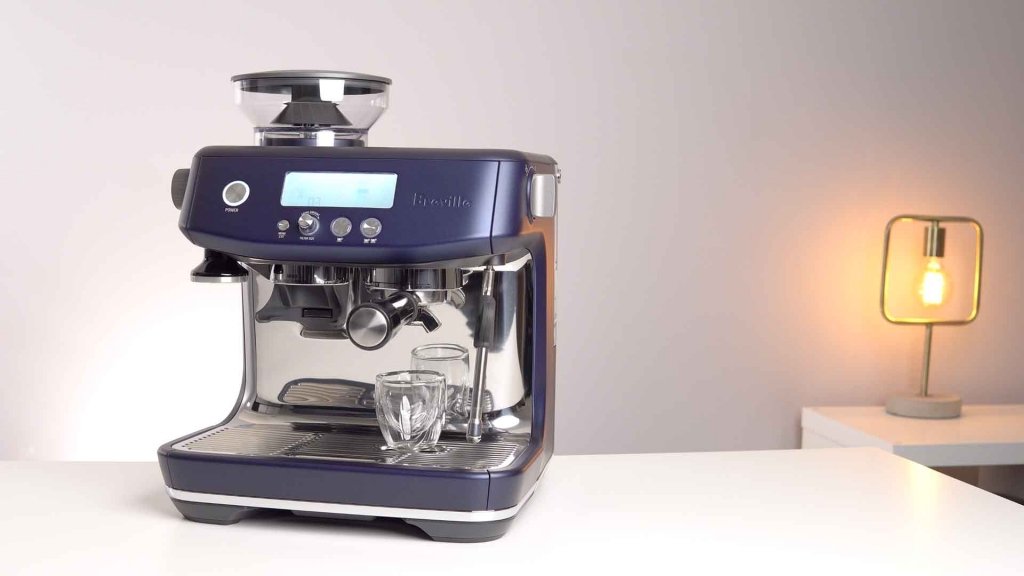 Today we take a look at one of the sharpest looking and performing machines currently available in the Breville espresso lineup. The Barista Pro offers excellent single boiler steaming, an intuitive digital user-interface, and a built-in burr grinder. Being a partial successor to the ever-popular Barista Express, it is only natural that we’ll make some comparisons between the two machines in this article

When I unpacked this machine, admittedly the first thing that struck me was the looks. I’ve owned a lot of espresso machines… and I might just make the controversial statement that it is my favourite looking one out of the group right now. This shade called Damson Blue is absolutely beautiful, and even has a slight metallic flake when you look closely enough. Put that together with an overall more angular appearance and gently curved hi gloss splash plate, and you’ve got a very “next generation” looking espresso machine. 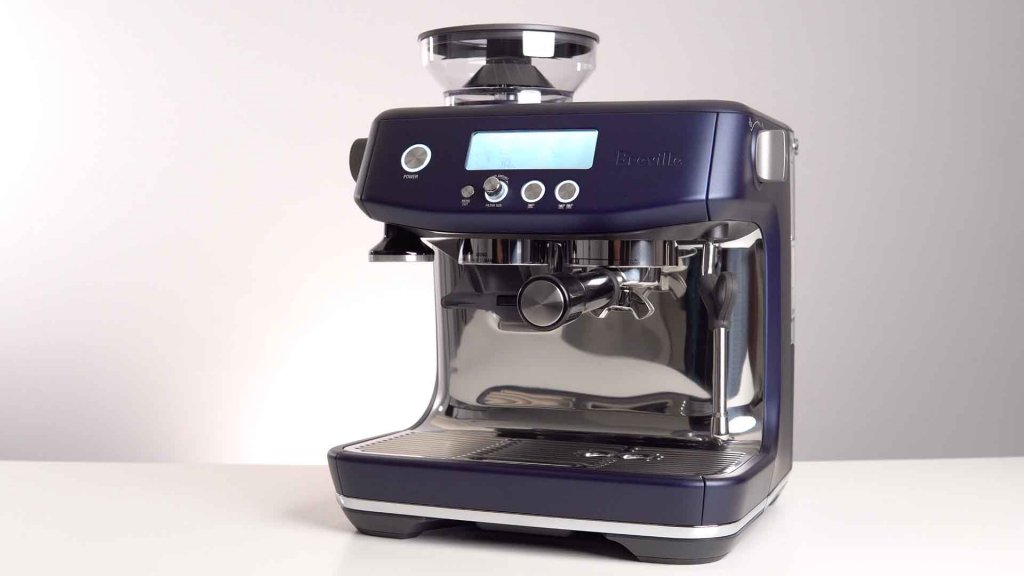 Quickly running through the physical features, you have a built-in grinder on top with 30 grind steps, 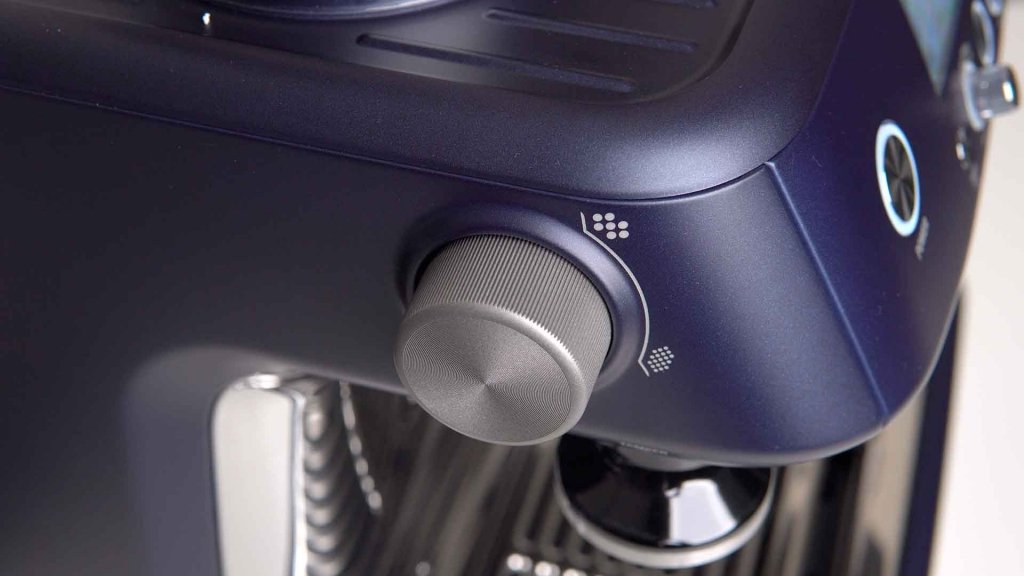 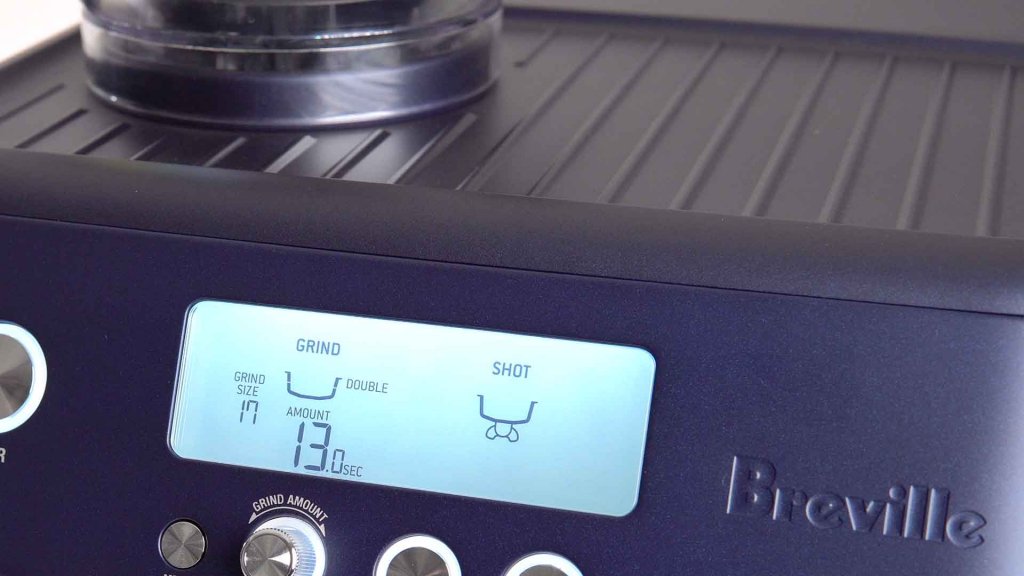 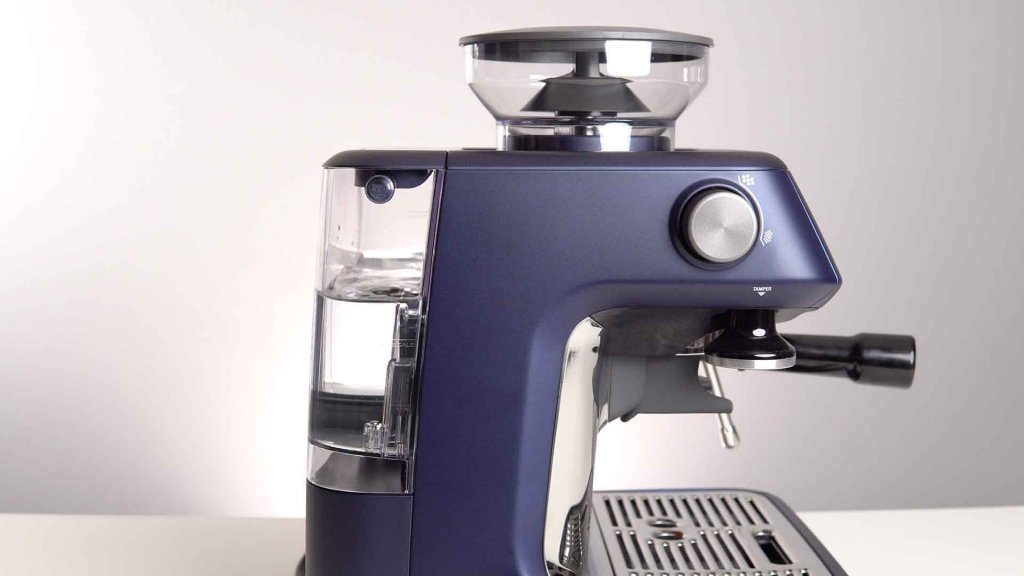 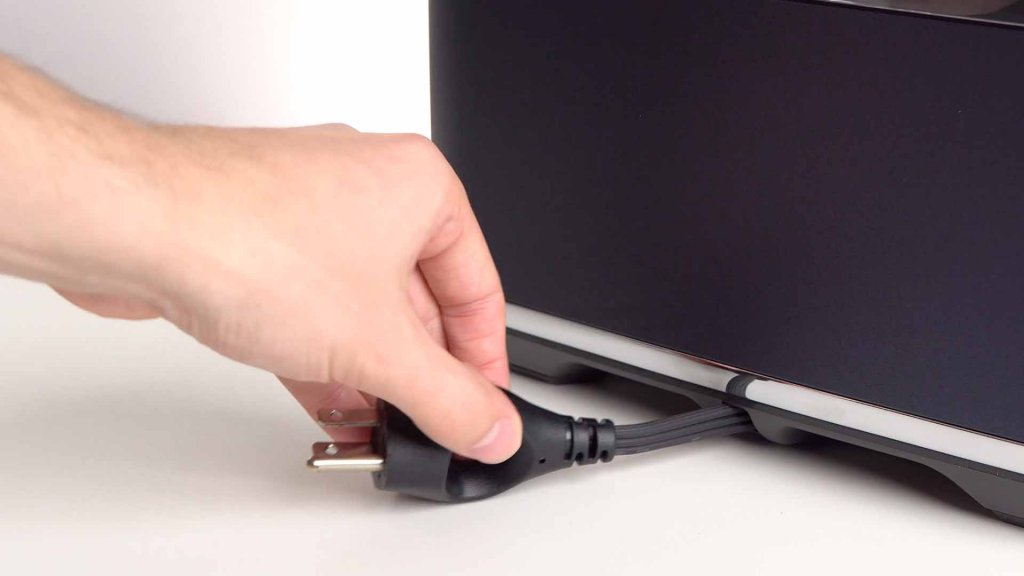 A digital display controlled by a single rotating and pressable knob , 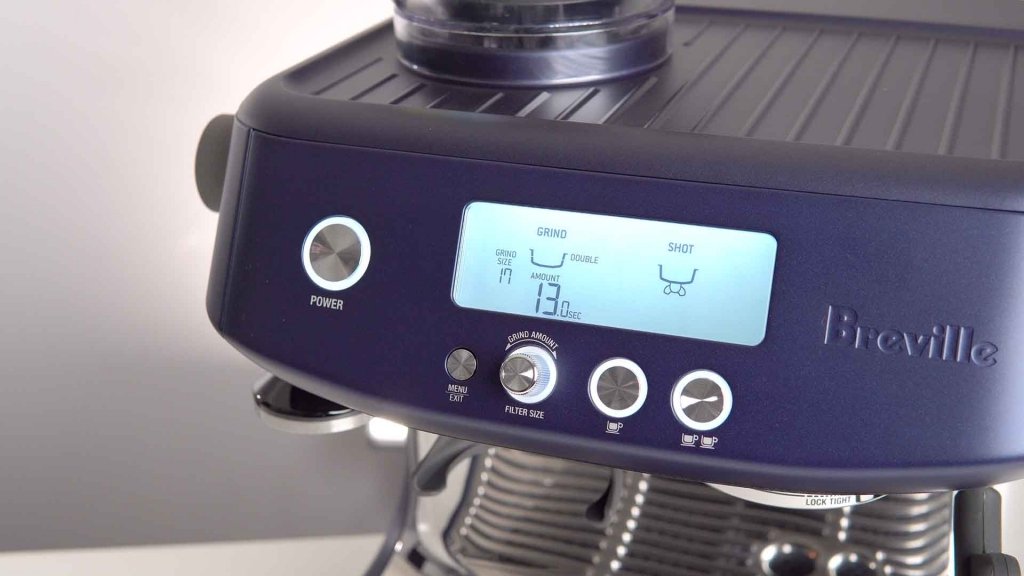 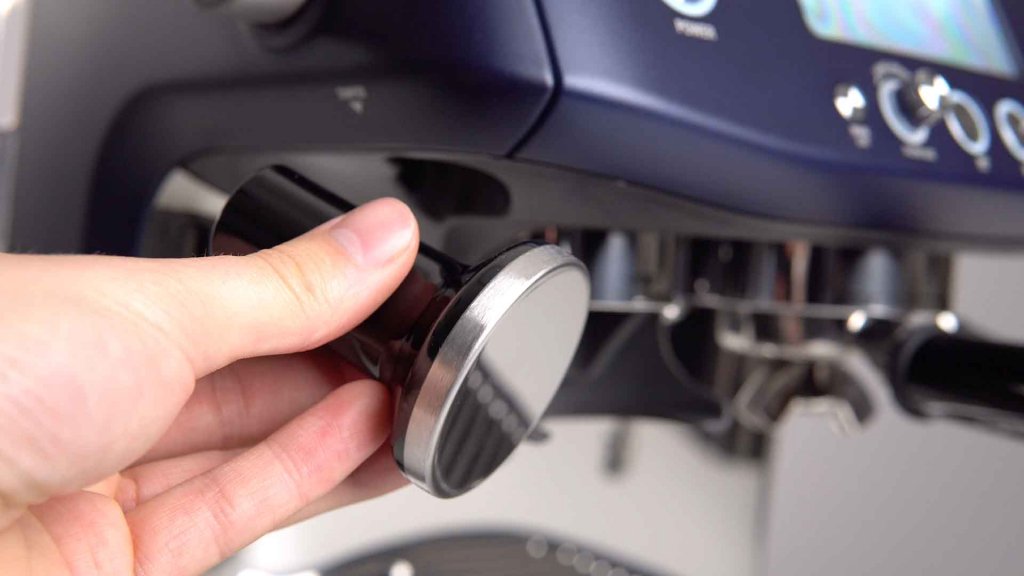 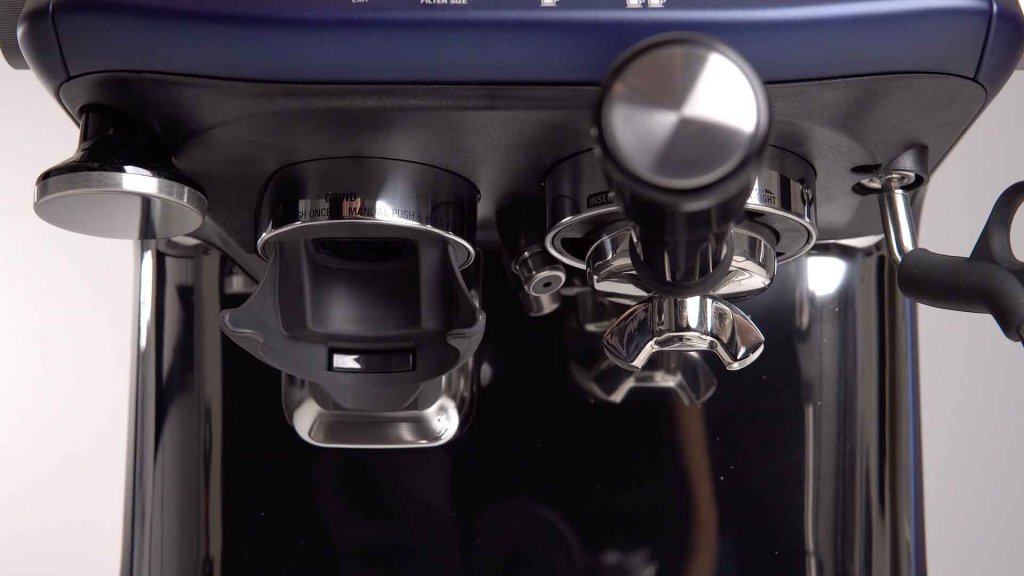 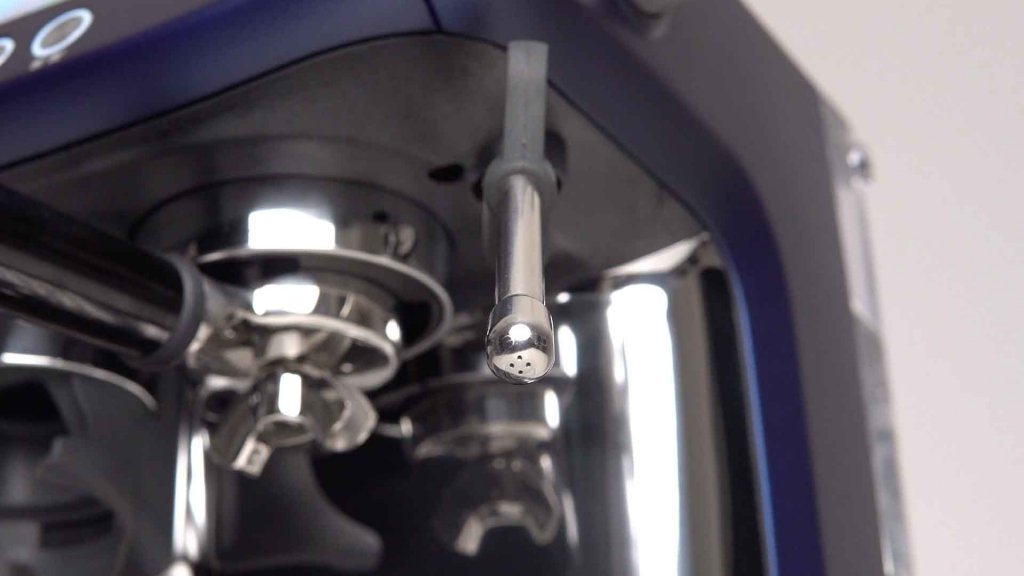 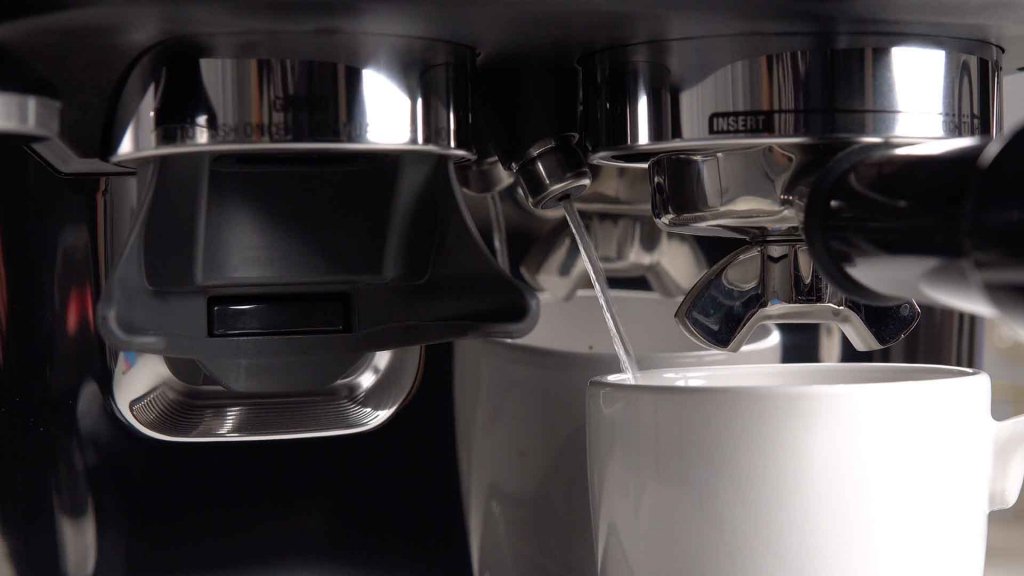 And a drip tray with storage hidden in behind. 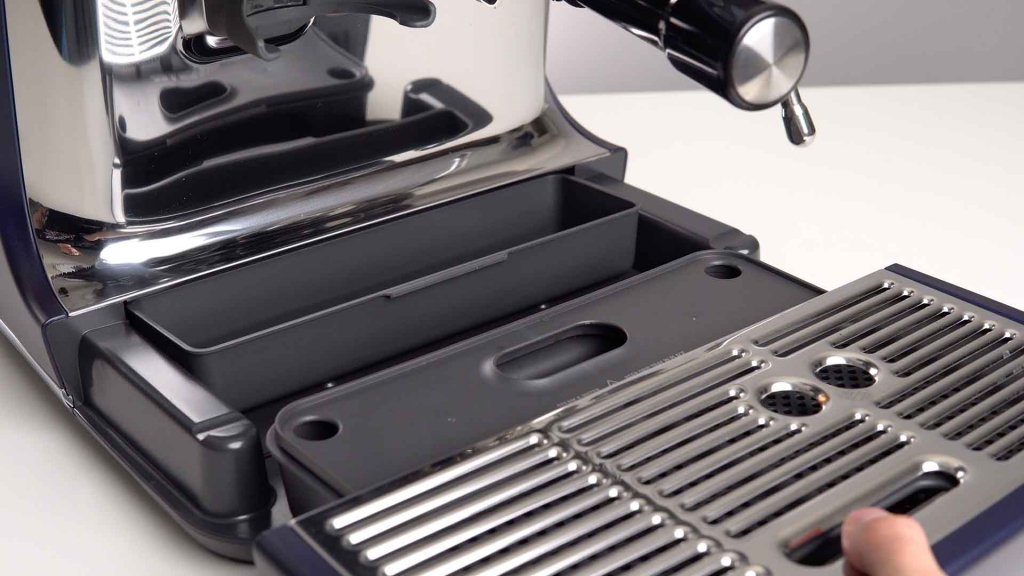 Of these features, the older Barista Express is missing the digital display, the low water indicator in the water tank, the retractable power cord, it only has a single hole steam wand instead of 4, and it only has 18 grind steps versus the 30 found on the Pro.

Having 30 grind steps makes dialing in your espresso shot both easier and more accurate than on the Barista Express, resulting in less situations where your ideal shot flavour is seemingly stuck in between two settings. 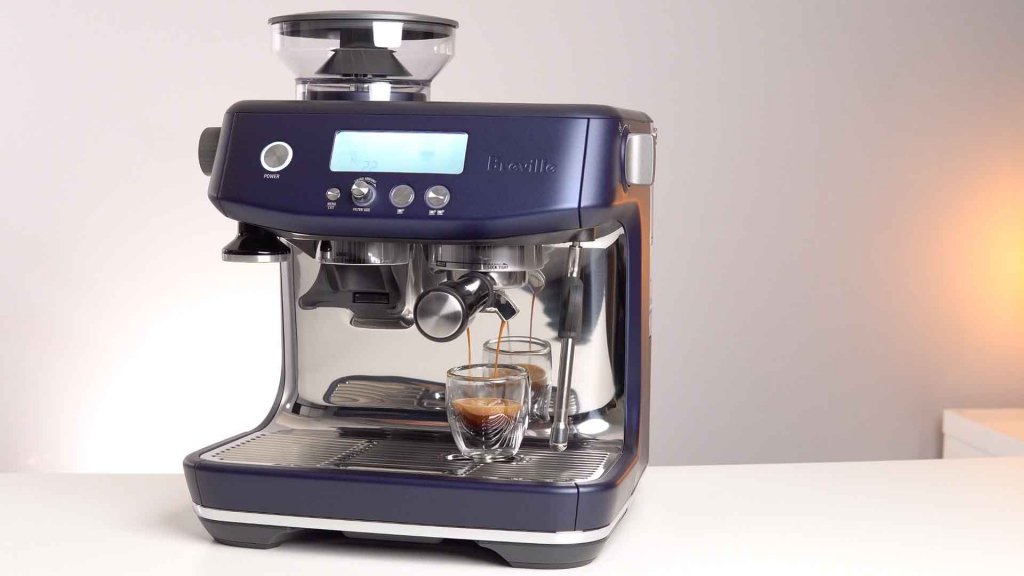 Dosing can be adjusted in half second increments, and having the time shown on the display is nice, in contrast to the purely analog dial on the older Barista Express.

Brewing temperature can also be adjusted up or down from the default setting of 200 degrees Fahrenheit, further allowing you to fine tune the extraction to your individual coffee and taste preferences. However, I find it slightly inconvenient that it shows only “hotter” or “colder” and not an actual temperature reading. Kind of an odd decision on Breville’s part… 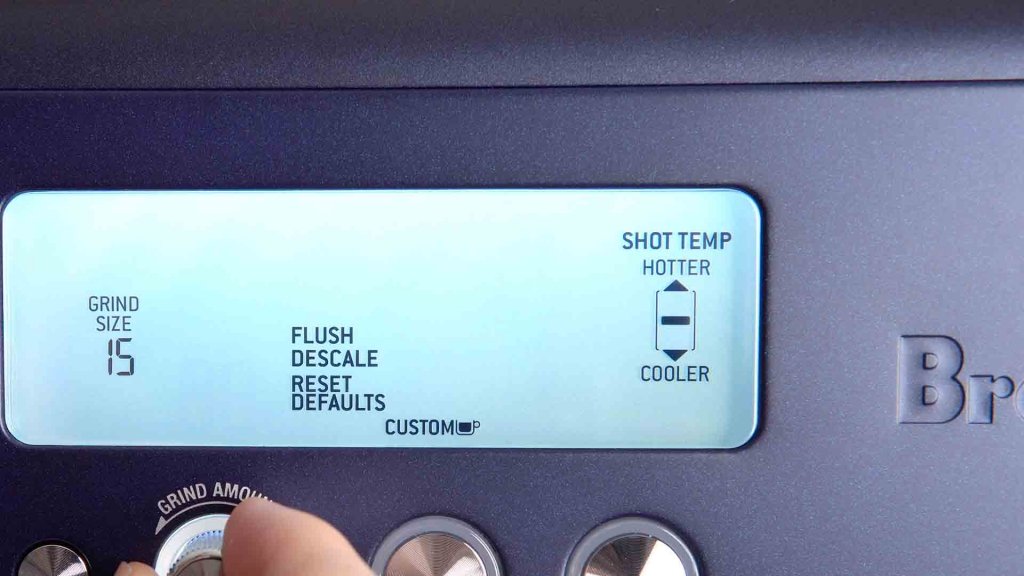 While the espresso performance is well executed and in-line with the quality we’ve come to expect from Breville, the milk steaming and latte-making performance is really where this machine stands out from the older generations. 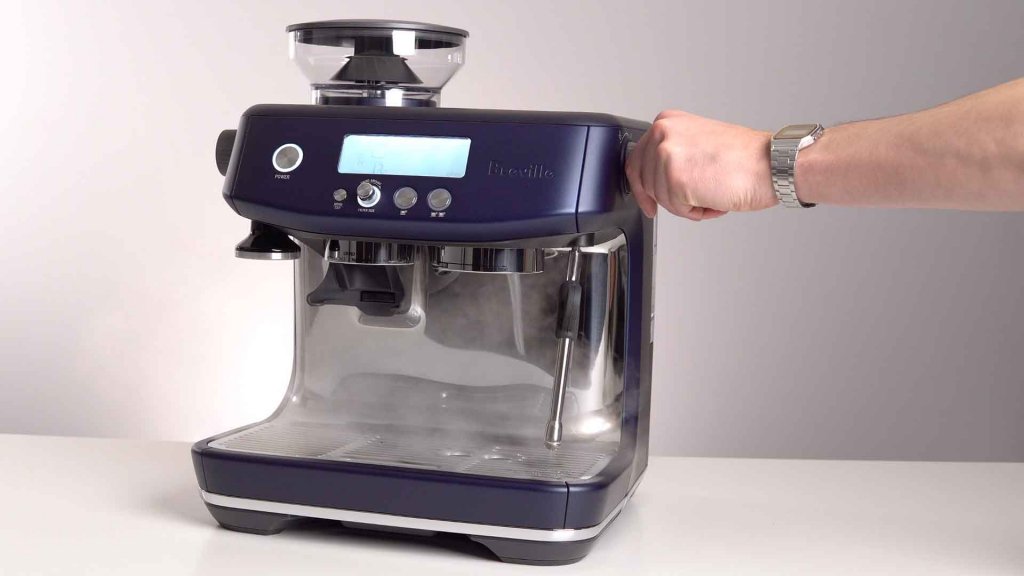 Because of Breville’s new heating system dubbed the “thermojet” this machine can get up to operating temperature in only 3 seconds (yes, you read that right). However, the most important advantage of the thermojet is not the 3 second heat up time, it’s the massive improvement to steam transition speed, and steaming power. Single boiler espresso machines all take time to transition between extracting espresso, and steaming milk, because they can not do both at the same time. The Barista Pro is undoubtedly one of the fastest single boiler machines when it comes to this transition speed, and subsequent steaming power. Take a look at the difference in speed between the Barista Pro and the older Barista Express after the shot has finished pulling.

If you’re someone who is buying an espresso machine for the primary use of milk-based drinks, this is a BIG advantage in performance, especially if you plan serving multiple guests back to back. Increased steaming power also means that the Barista Pro can take advantage of using a 4 hole steam wand for easier milk texturing. Which is a nice feature if you’re someone who’s used to working on more expensive prosumer or commercial grade machines. 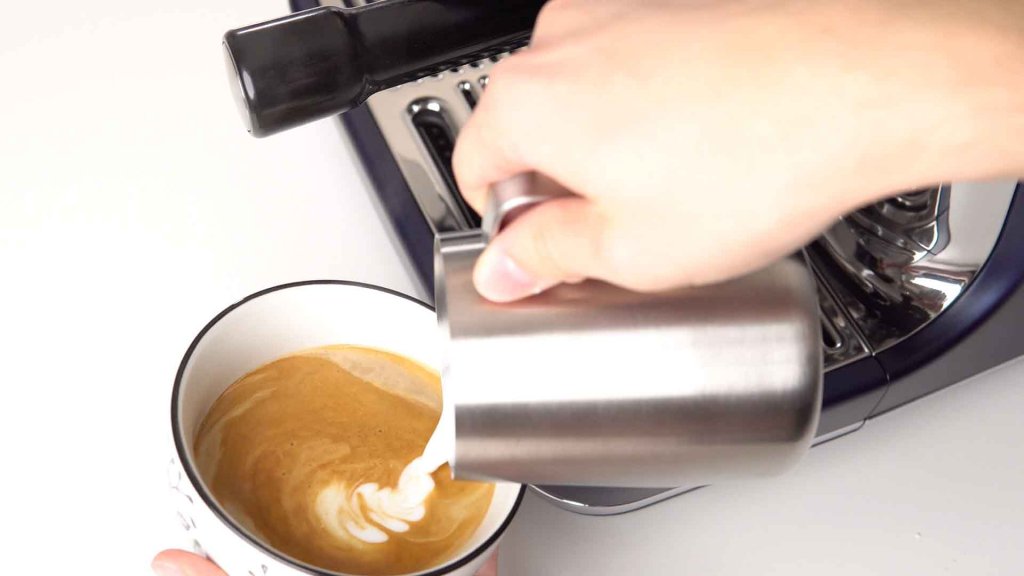 The new digital interface is also a very nice addition. It allows you to access all the features and adjustability of the machine, without needing to refer to the manual each time like you had to do on the older generations. Want to change the brew temperature, sure! Need to run the cleaning cycle, it’s right there. And the addition of some subtle animations only further adds to the overall futuristic feel of this espresso machine.

Overall, the Barista Pro was able to make several considerable workflow and build quality upgrades over the already very popular line of existing Breville machines, which in itself is a big accomplishment. If you are going to be steaming lots of milk, care about having a modern looking machine, or just simply want the best the market currently has to offer in this form factor, then the Barista Pro should definitely be at the top of your list.