*Disclaimer: Both machines were purchased by LifestyleLab at full price. Lifestyle Lab was a member of the Breville USA affiliate program at the time of writing this article. Any and all relationship with the brand has since been terminated. The opinions in this article are those solely of Lifestyle Lab, and have not been made in cooperation, or in return for compensation from any other company* 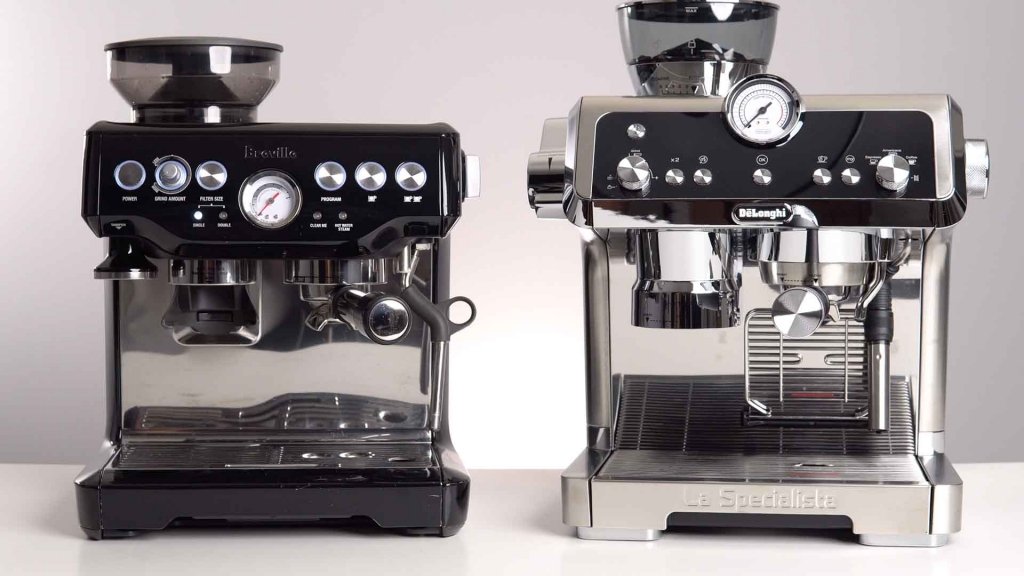 Today, we have a highly anticipated matchup. The Breville Barista Express vs the Delonghi La Specialista. 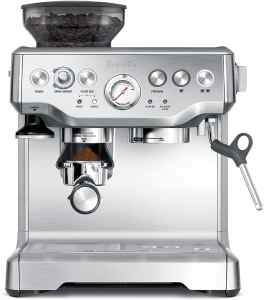 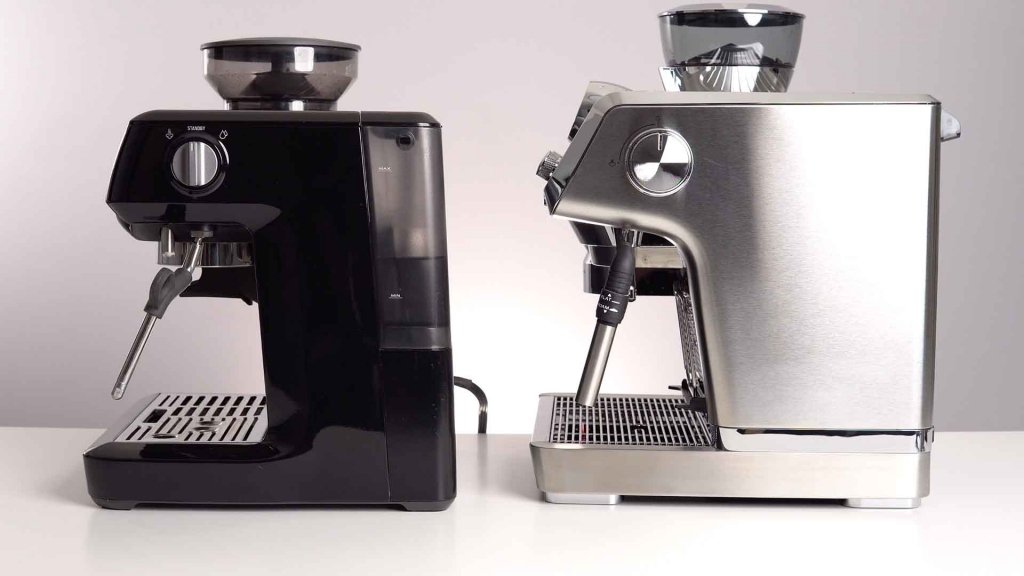 Looking at these two machines side-by-side, they are by no coincidence very very similar. They both feature rear mounted removable water reservoirs, a top mounted bean hopper and cup warmer, analog pressure gauges, dedicated hot water outlets for americanos and tea, and they both have a single group head, single steam wand, and single grinding cradle design. The La Specialista is however, missing the handy tool storage compartment that Breville cleverly hides behind the drip trays of all its machines. In terms of size, the La Specialista is an inch or two larger in each dimension, but neither should be an issue on all but the most crowded counter tops. 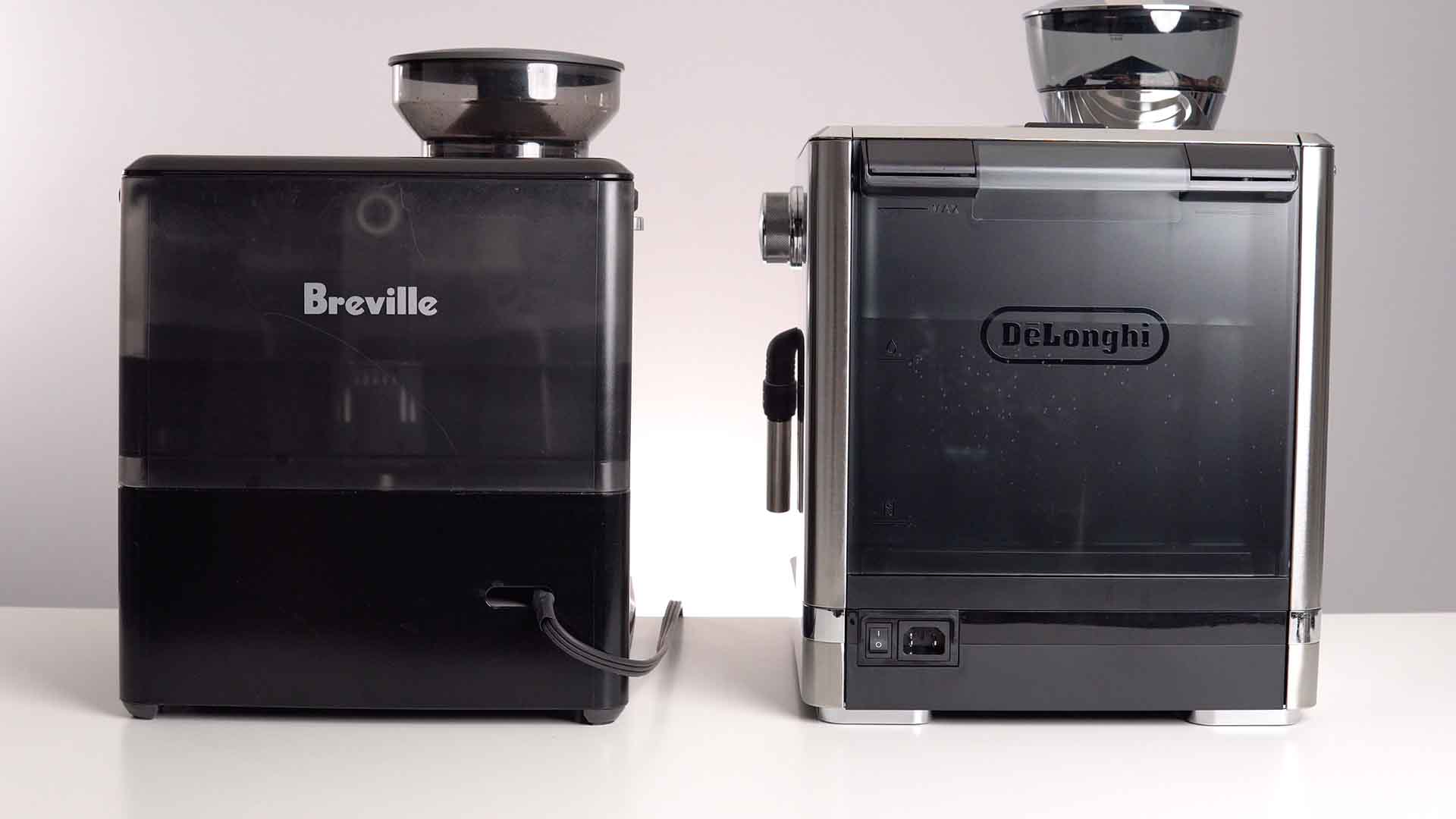 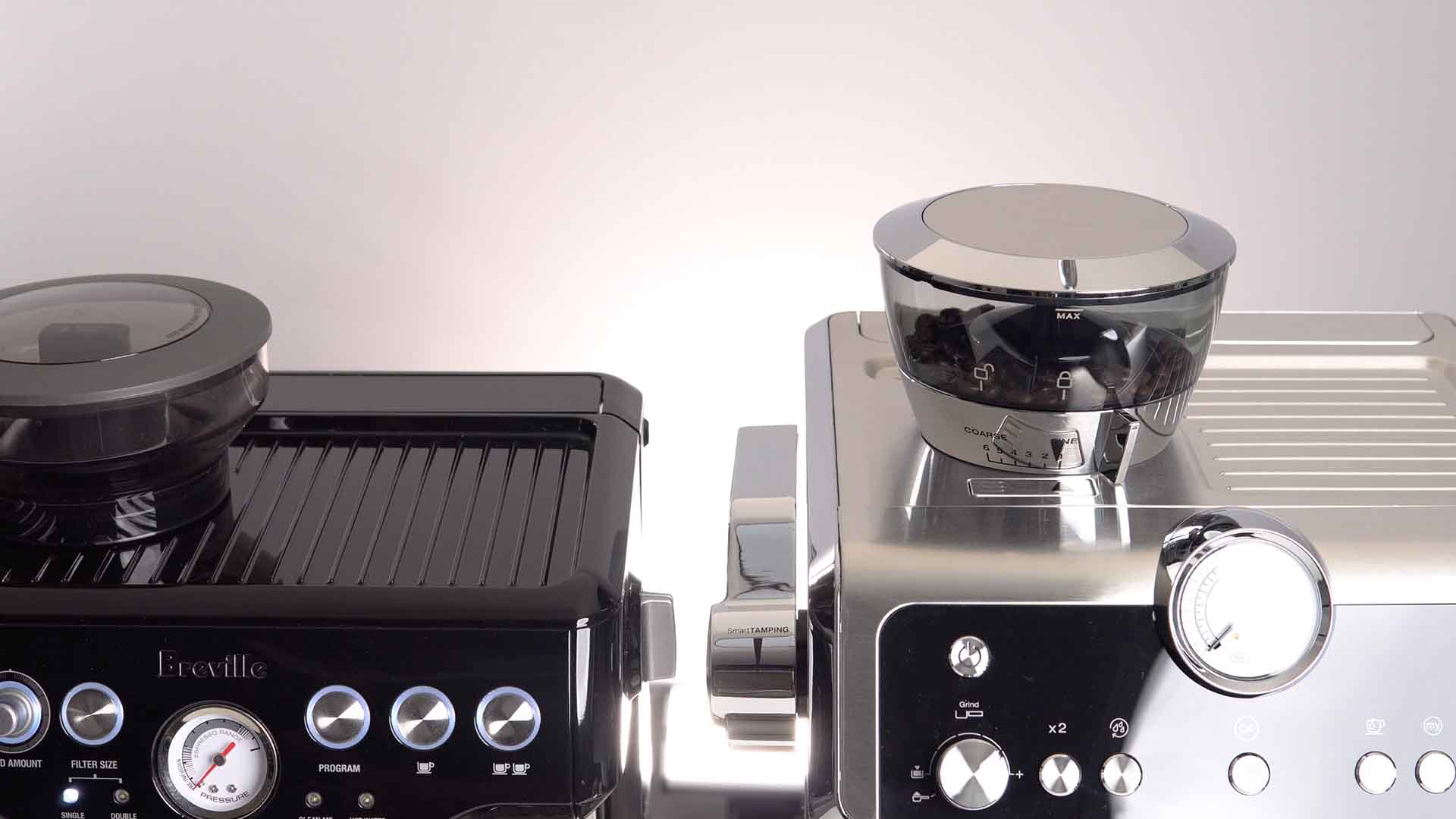 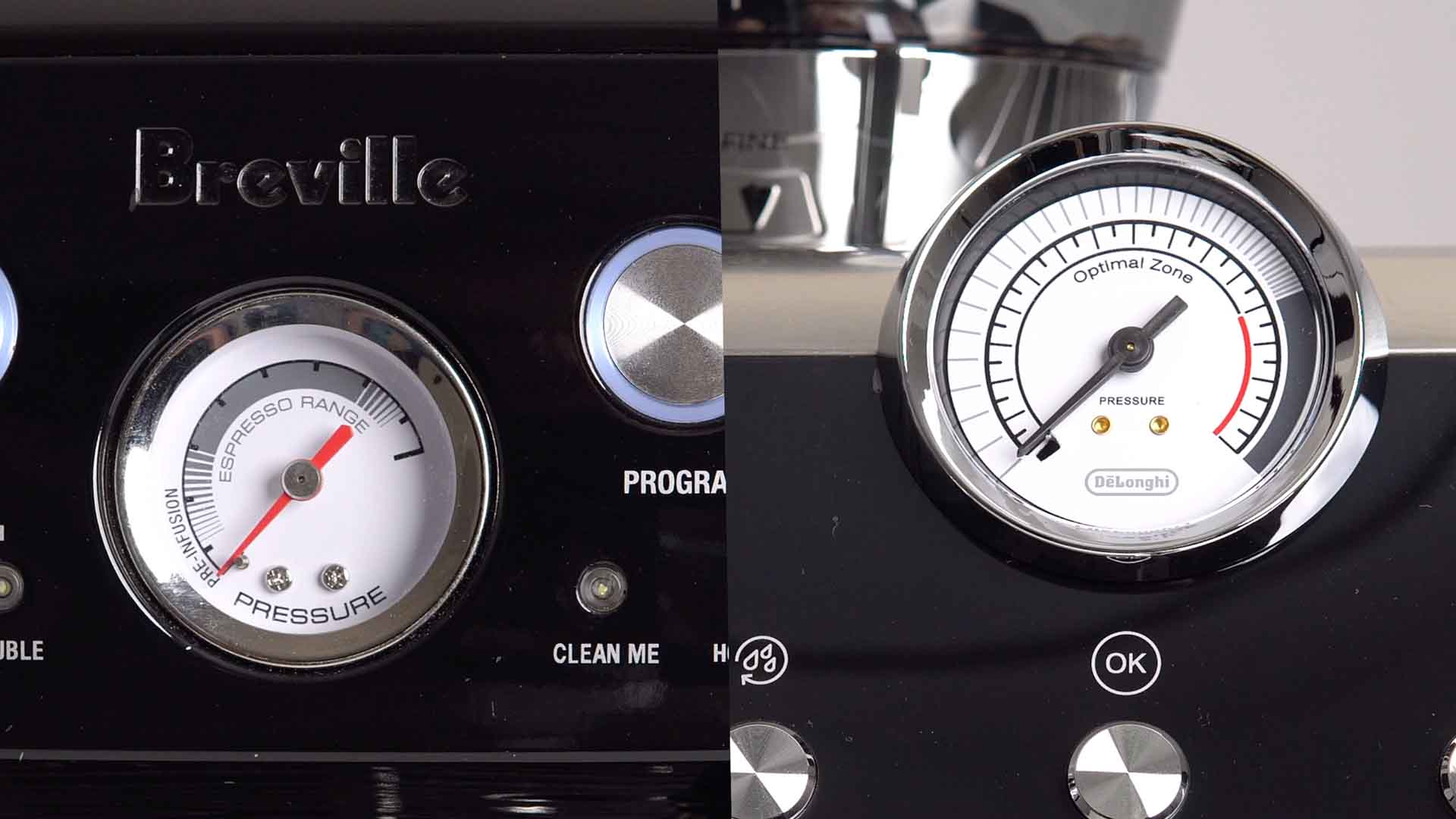 Looks are always subjective, and while very different, I personally think they are both good looking machines. The La Specialista takes on a more retro look that I think would fit in well to a trendy brick-clad apartment, where-as the Breville keeps things predictably more clean and modern.

The first thing I noticed when unpacking the La Specialista was a notable decrease in build-quality when compared to the Breville. I immediately found far more hard, brittle, cheap-feeling plastic, on parts that you’re going to be using often, such as the portafilter handle, the bean hopper, the tamper… even the way the filter basket snaps in doesn’t feel durable. 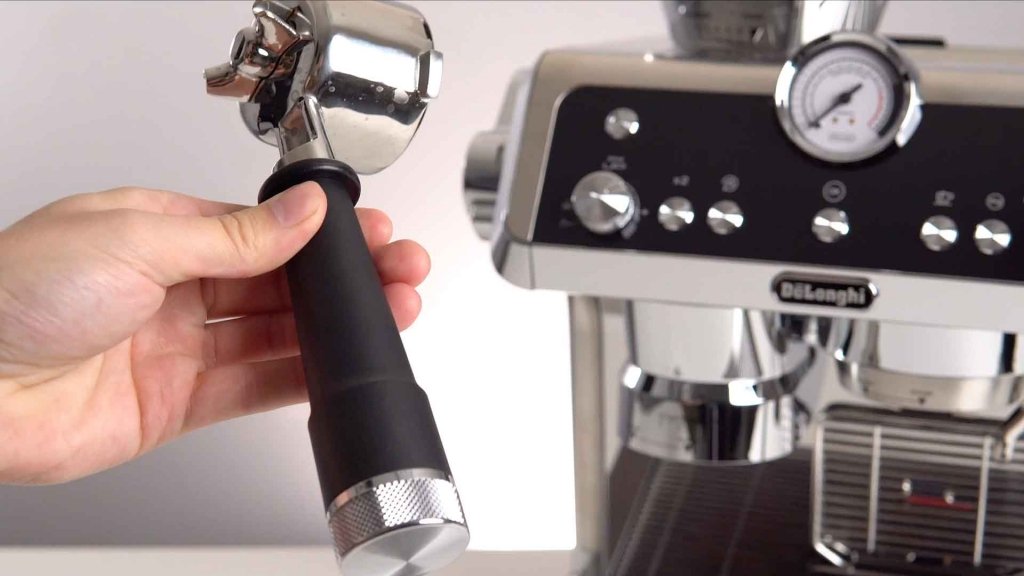 This plasticky feel continued after turning on the machine. Even after thoroughly cleaning the water tank, and running over 10 flushes, the water coming out of the machine still had a very distinct plastic odor that only went away after a few days of constant running, even though the manual says I should be good to go after one flush of each outlet. In comparison, the Barista Express overall feels like a much better put together machine, which is disappointing given that the La Specialista is actually slightly more expensive in most markets.

I prefer the grinding workflow on the La Specialista. I really like how the grinding is all self-contained, and is initiated as soon as you lock in the portafilter. On the Barista Express, grinding can get a little messy, unless you stop half way through to level out the grinds, or use a dosing funnel. 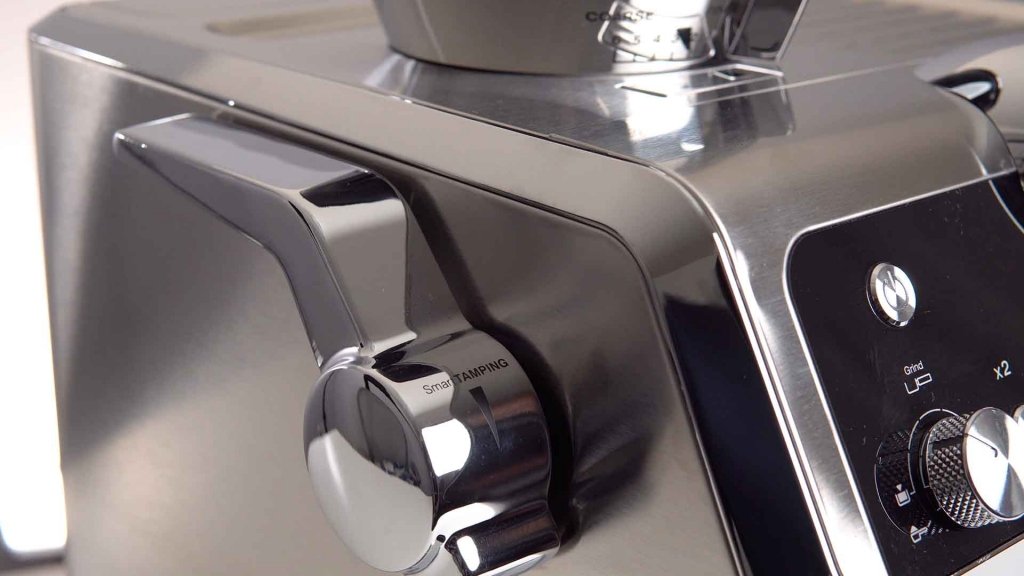 I also really like the integrated tamping system on the La Specialista. I think that for a beginner machine, this is a great way to guarantee that new users will get a level and consistent tamp. The Barista Express is more traditional, with a basic manual tamper that has a clever magnetic holder next to the grinder. 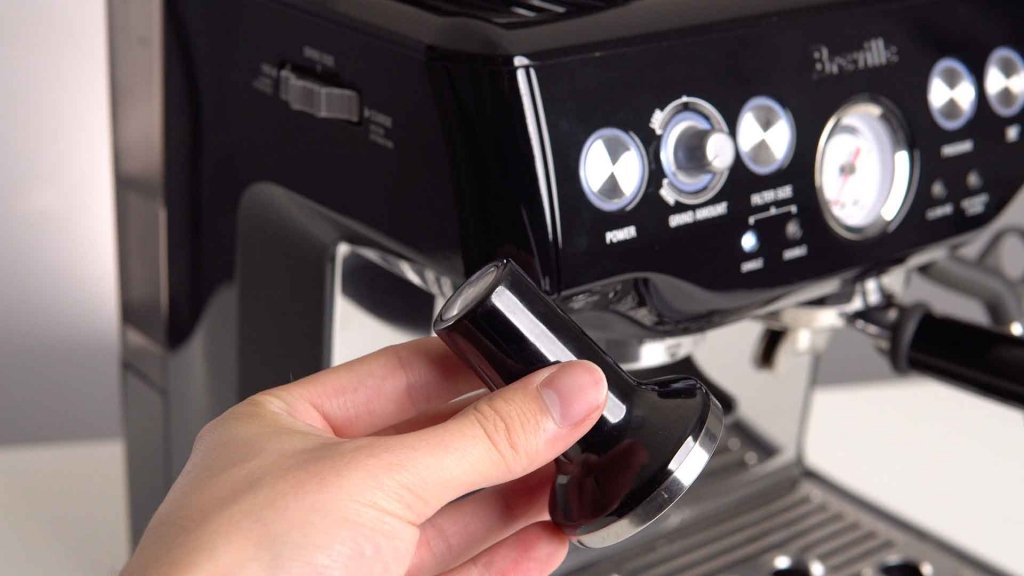 The user interface on the La Specialista was not very intuitive when compared to machines from other brands. There are a lot of dials and buttons, labelled with vague symbols and words, such as an ‘OK’ button right in the middle. Once you read the manual, it’s fine, but I much prefer the more simple layout of the Breville.

If you’re an Americano drinker, you’ll enjoy the automated modes that will automatically dispense hot water after pulling your shot. On the Barista Express you’ll need to move the cup, and start the water yourself, but it WILL still stop automatically at the correct volume.

Spout clearance is about the same between both machines, with the Delonghi choosing to include also a flip-down shelf for shot glasses. 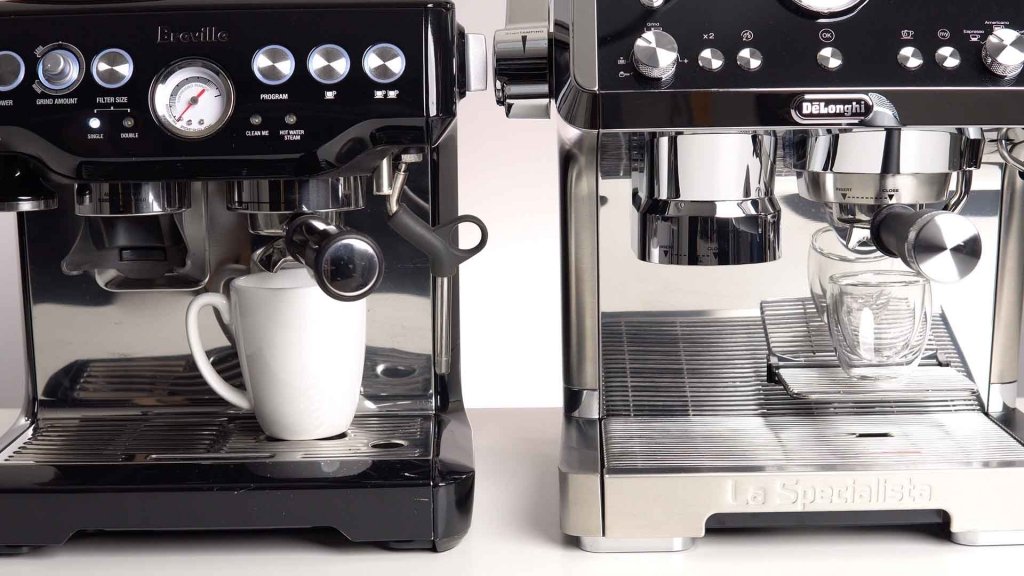 Now, the stuff that really matters, and indeed where the biggest differences between these two machines become apparent. The quality of the coffee they’re able to produce.

The biggest issue that I take with the entire La Specialista system is the fact that it claims to produce “professional-inspired”, café quality espresso. This is not true. The La Specialista system only comes with a 51mm, pressurized filter basket, which “helps” the espresso build pressure and create crema by forcing all the water through one small hole, like you see on other lower-end, or super automatic machines.

The Barista Express is able to produce true, high-quality, genuinely good espresso. The La Specialista’s shots are in comparison, thin, watery and lacking in the body and velvety smooth crema that makes espresso so enjoyable to drink. 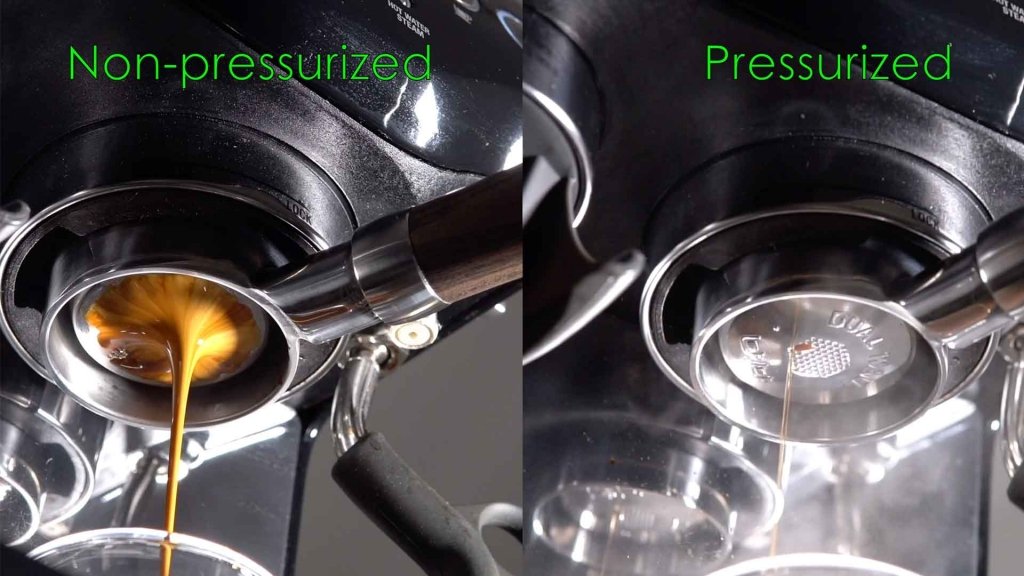 The part that bothers me, is the lengths that Delonghi has gone to to make this machine “appear” professional, putting in a routing in the portafilter to calm the high pressure stream before it exits, and hiding the telltale pressurized outlets, under metal spouts to create that syrupy flow of espresso people like to see. 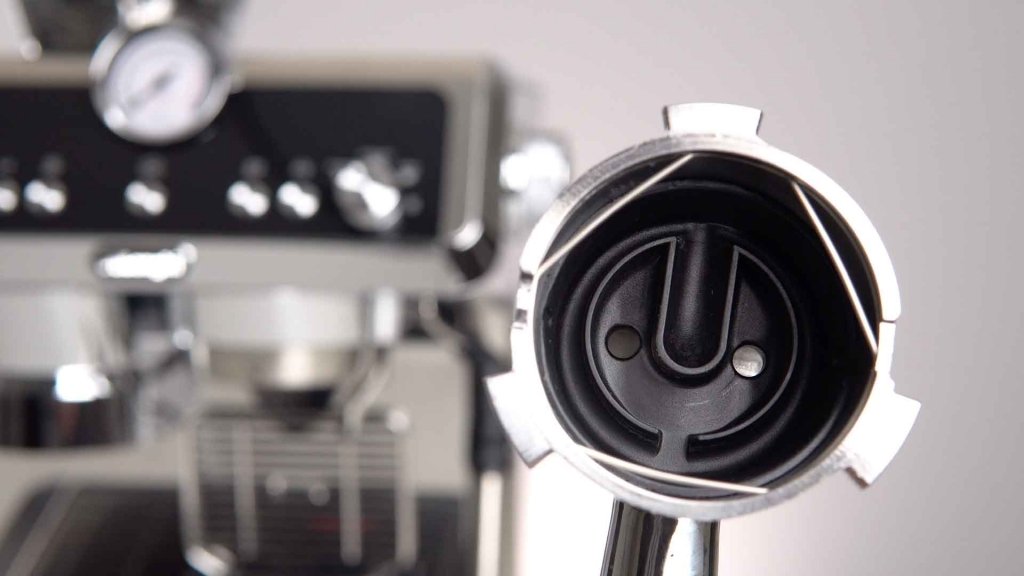 Let me be clear, pressurized portaflters have their place. They make getting a decent shot of espresso easier, without the dialing-in process needed for non-pressurized filters, and they also allow you to use pre-ground coffee if you’re in a pinch. But don’t go creating a pressurized machine, and then advertise and price it as “professional”

The Barista Express includes both types of filters with its machines, knowing that some people are willing to take the hit to overall quality for the sake of convenience, and some will want to take the time to get the true café quality experience at home. 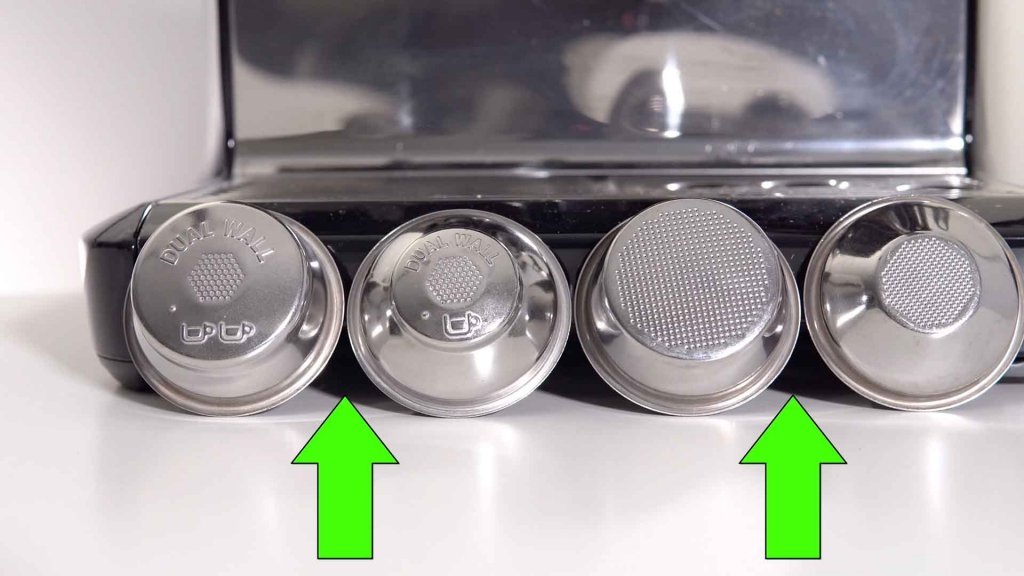 So you might be asking, can I just buy a non-pressurized filter basket for the La Specialista? Unforunately, no. Not because they’re not available, but because the built-in grinder, only has a very small, and very broad range of grind steps, meaning that even if they had provided a non-pressurized filter, you wouldn’t be able to dial it in… if you buy this machine, you’re stuck with an exclusively pressurized system, which for the price, is unacceptable. 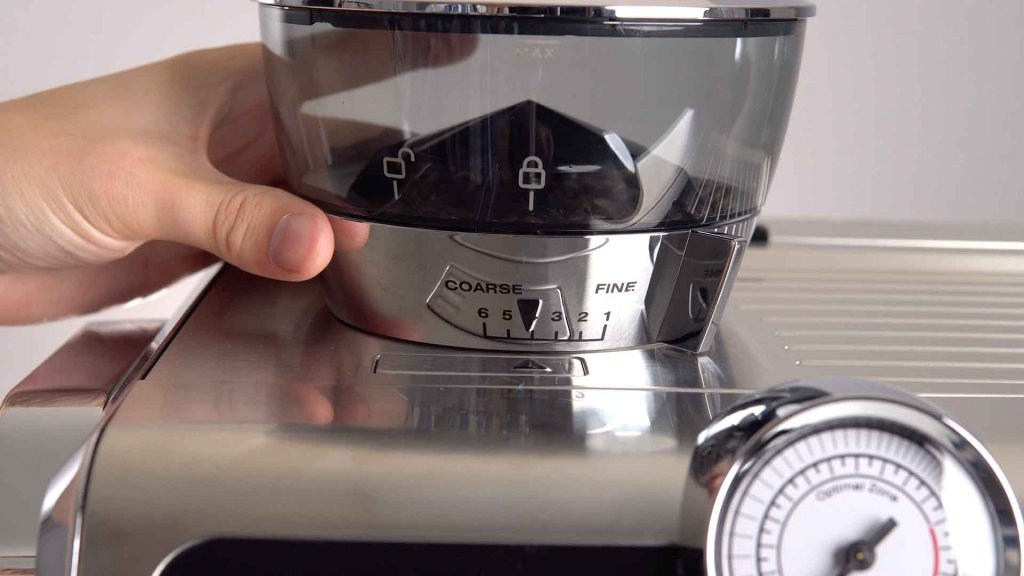 Moving on to steaming performance, the La Specialista has one main difference, and once main advantage over the Barista Express.

Neither can brew and steam at the same time, so you will need to wait to steam your milk until after the espresso has finished pulling. On the La Specialista, the transition to steaming pressure happens much quicker than on the Express thanks to a dual heating system. And once switched over, the La Specialista also steams quicker, taking 50sec to get up to a temperature of 60 degrees celcius, vs 75sec on the Barista Express. From a workflow perspective, this gives the La Specialista a leg up in latte and cappuccino making speed.

Other than speed, the other difference between these two machines is the style of steam wand. On the Barista Express, you have a single hole steam wand. In order to make latte or cappuccino foam, you need to introduce air by holding the tip slightly above the surface of the milk. On the La Specialista, you have what’s called a panerello style wand, meaning that you don’t need to actively manage the air introduction. You can choose how much air goes in using a valve. Once you have enough air, simply close it off, and continue heating until you reach your desired temperature.

Some people prefer a manual wand like on the Breville because it gives you more accurate control over the temperature and texture, while some will prefer the help a panerello provides.

In the end, what should have been a close competition between these two machines, ended up being an easy win for the Breville Barista Express because of 3 critical flaws with the La Specialista:

And I think that’s really unfortunate. Given what the La Specialista IS able to do, it has all the right features to be a real competitor to other lower-end pressurized machines. But the price it’s being offered at puts it in a league that includes far more capable options.