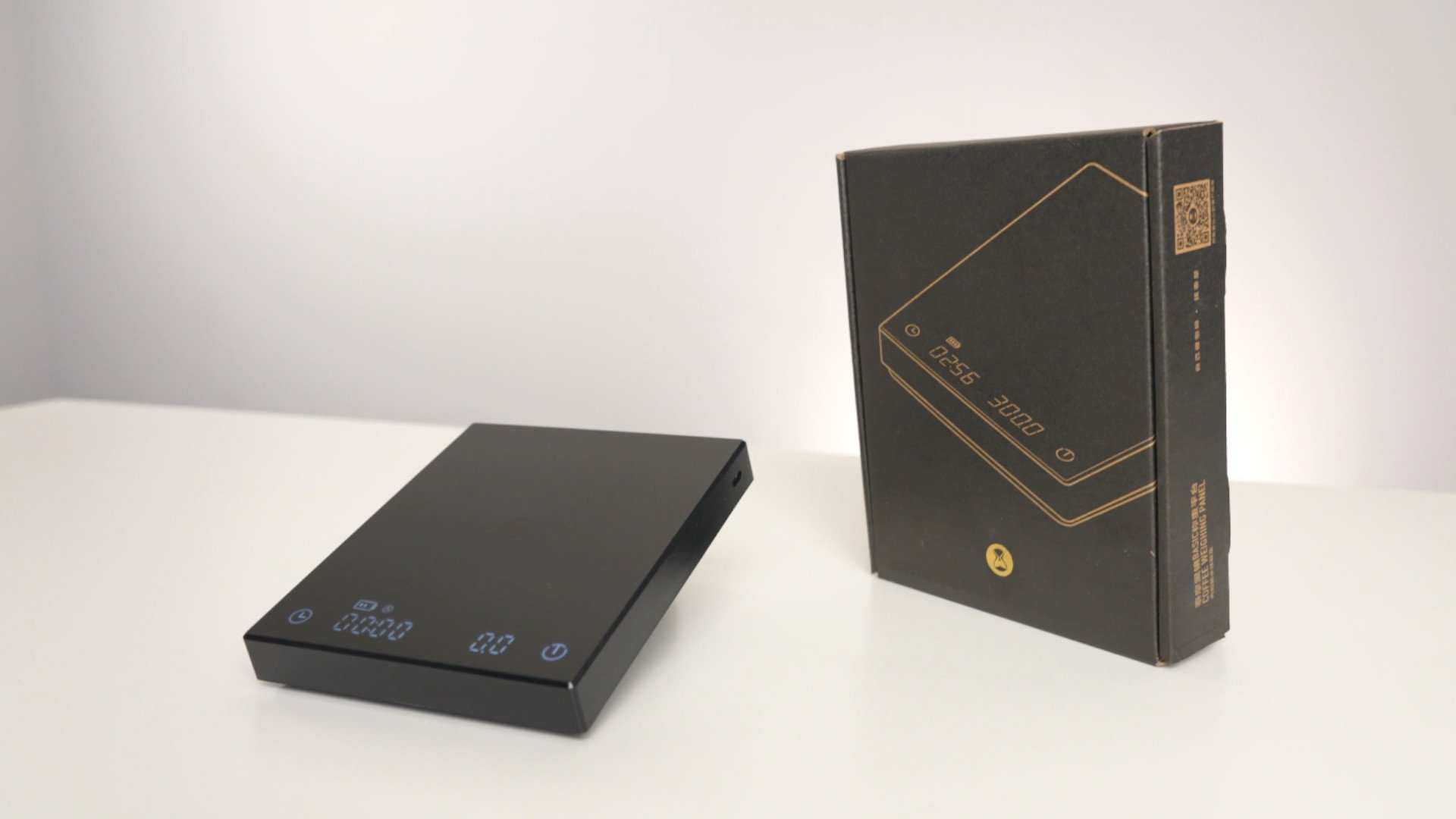 When people first get into brewing coffee at home, they’re often caught off guard by the thought of having to weigh things with a scale. But as you start to learn more about extraction and the impact of brew ratios on flavour, the clearer the importance of accurately measuring your dose, yield and even brew time becomes!

That’s why today, we’re looking at a nice step up from my go-to budget recommendation, and talking about the Timemore Black Mirror scale.

What starts to separate “coffee scales” from kitchen scales are a few key features. Mainly: 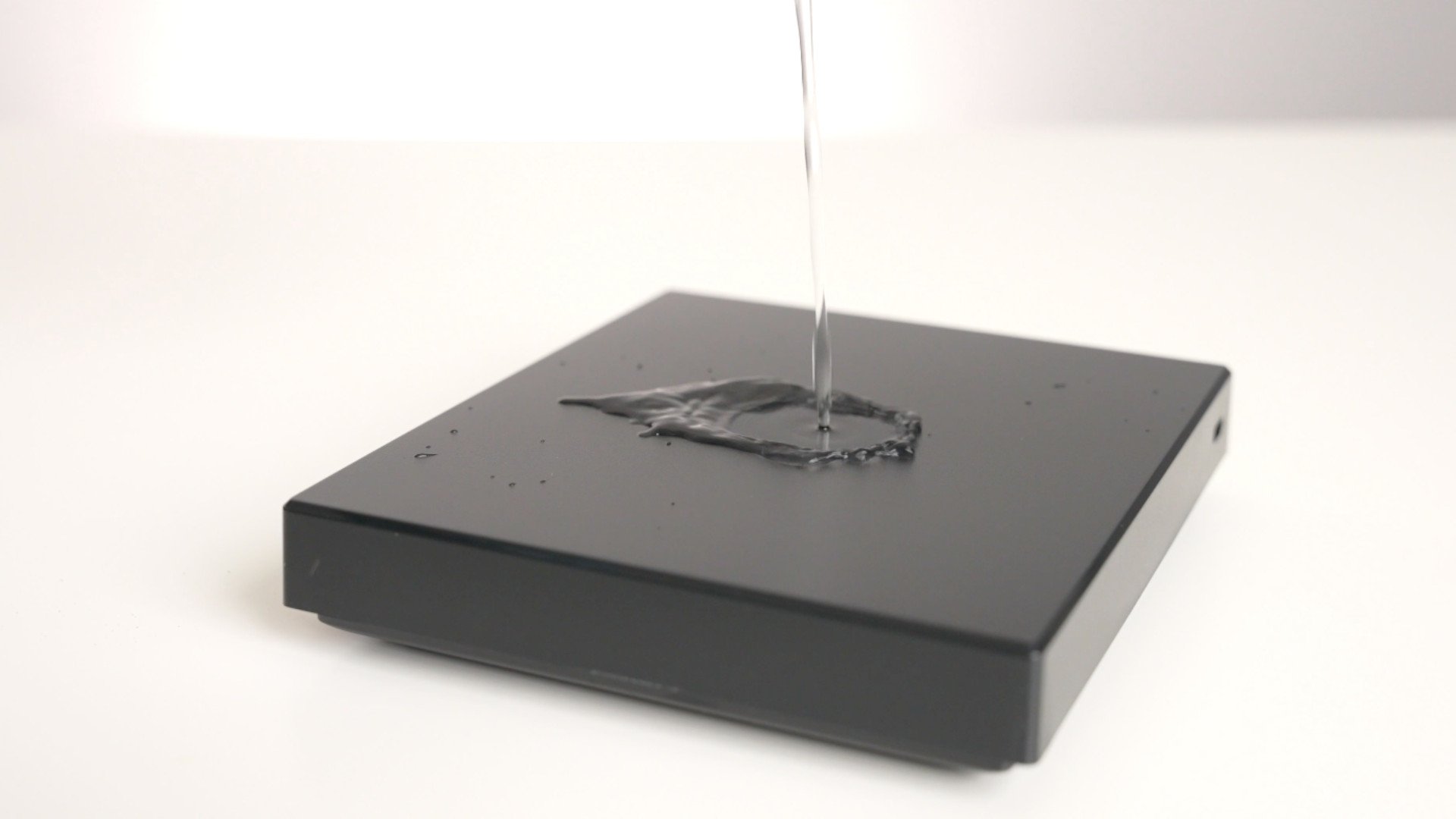 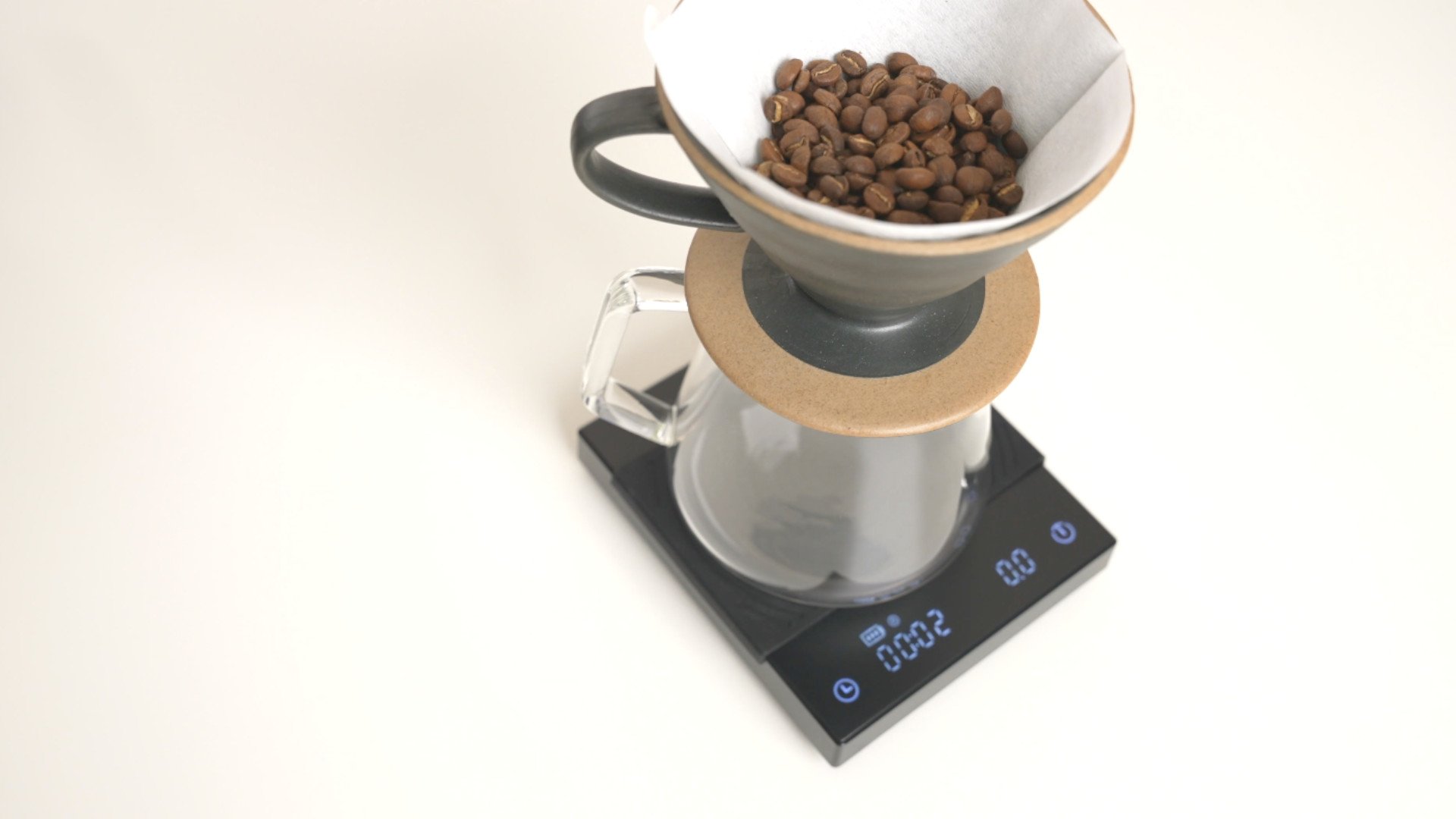 We’ll go over each of these features in a bit more detail later on. But let’s start by going over a few key performance specs: 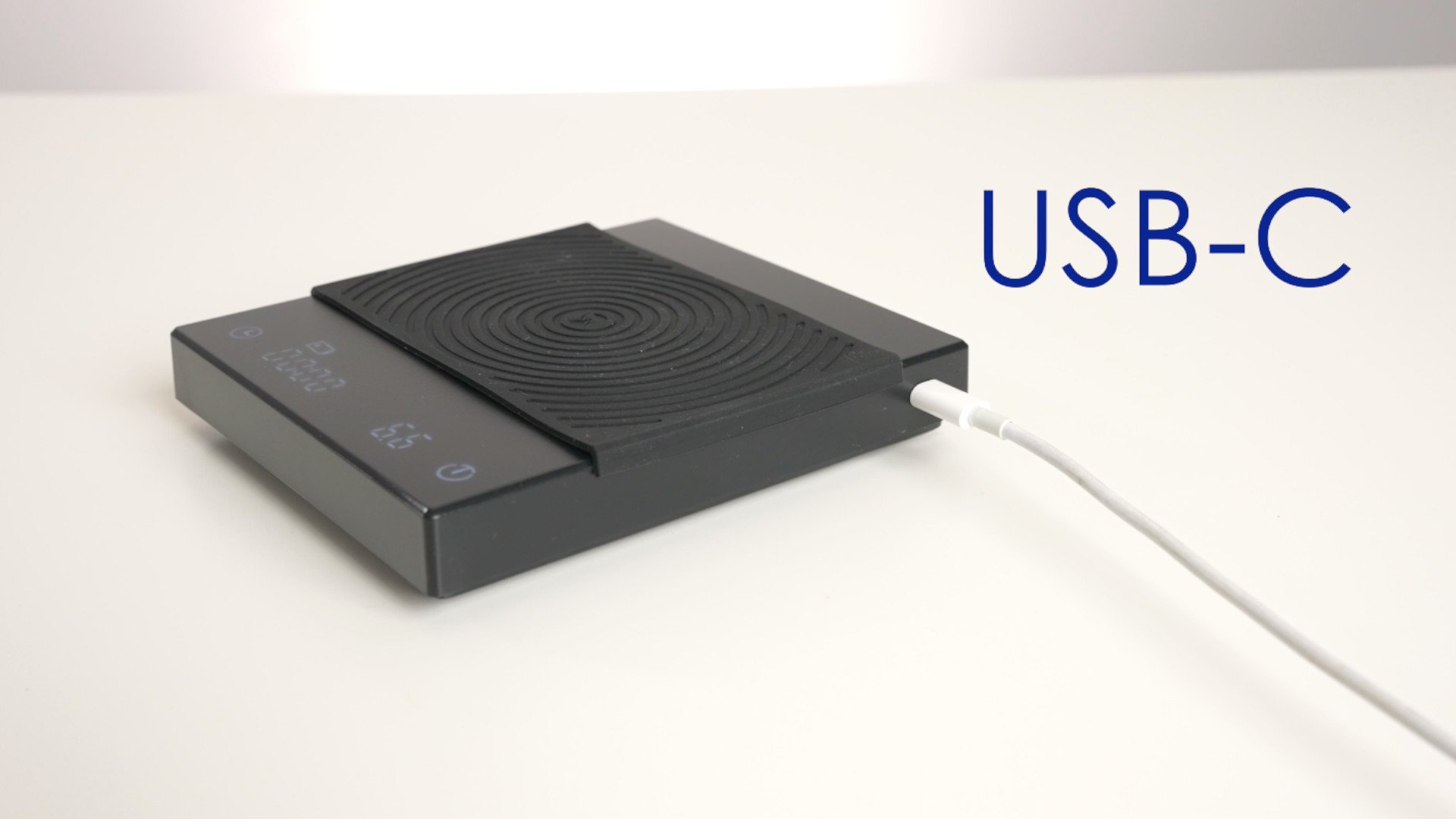 The use of a completely invisible display is a slick touch… and it really is COMPLETELY invisible when turned off, meaning that you need to keep track of which way is up if you want to find the power button. Once on, the display was plenty bright, even in direct sunlight. 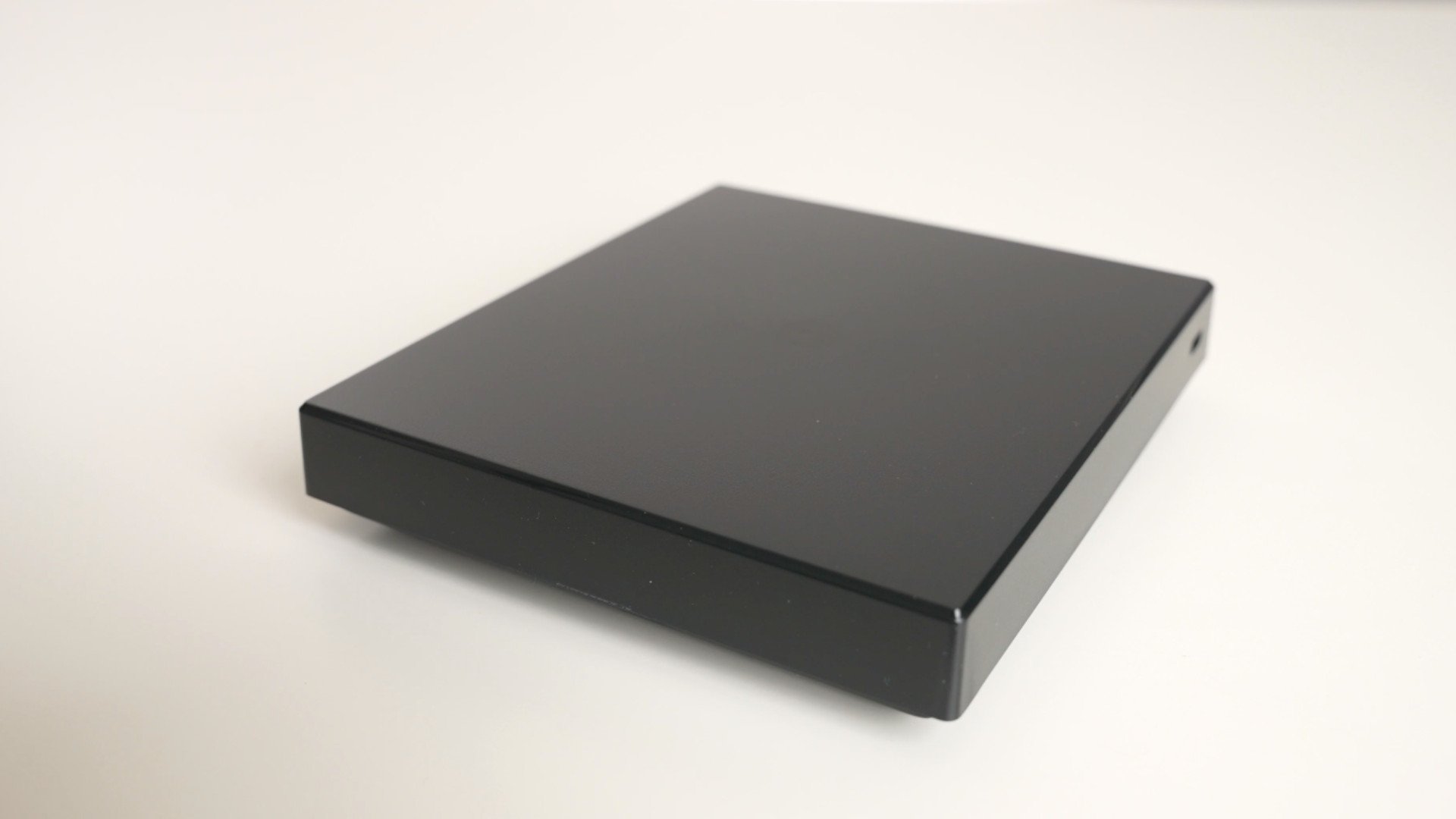 When I unpacked the Timemore scale, I was impressed by how solid the weight was, and then slightly disappointed by the plasticky feel of the top surface. Looking at the photos, I was expecting a slightly higher quality finish. In no way does this impact from the performance of the scale, it just doesn’t feel as premium as I had hoped. However, adding on the included rubber heat protector renders this a bit of a non-issue.

Luckily, the actual functions of the scale completely lived up to expectations.

Pressing and holding the right button powers on and off the scale, and tap on the same button zero the scale. In the normal mode a tap of the left button with start the brew timer, another tap with stop, and a long press will reset. I do like how you can also restart the timer after pausing, which can be useful for brew methods like pour over. 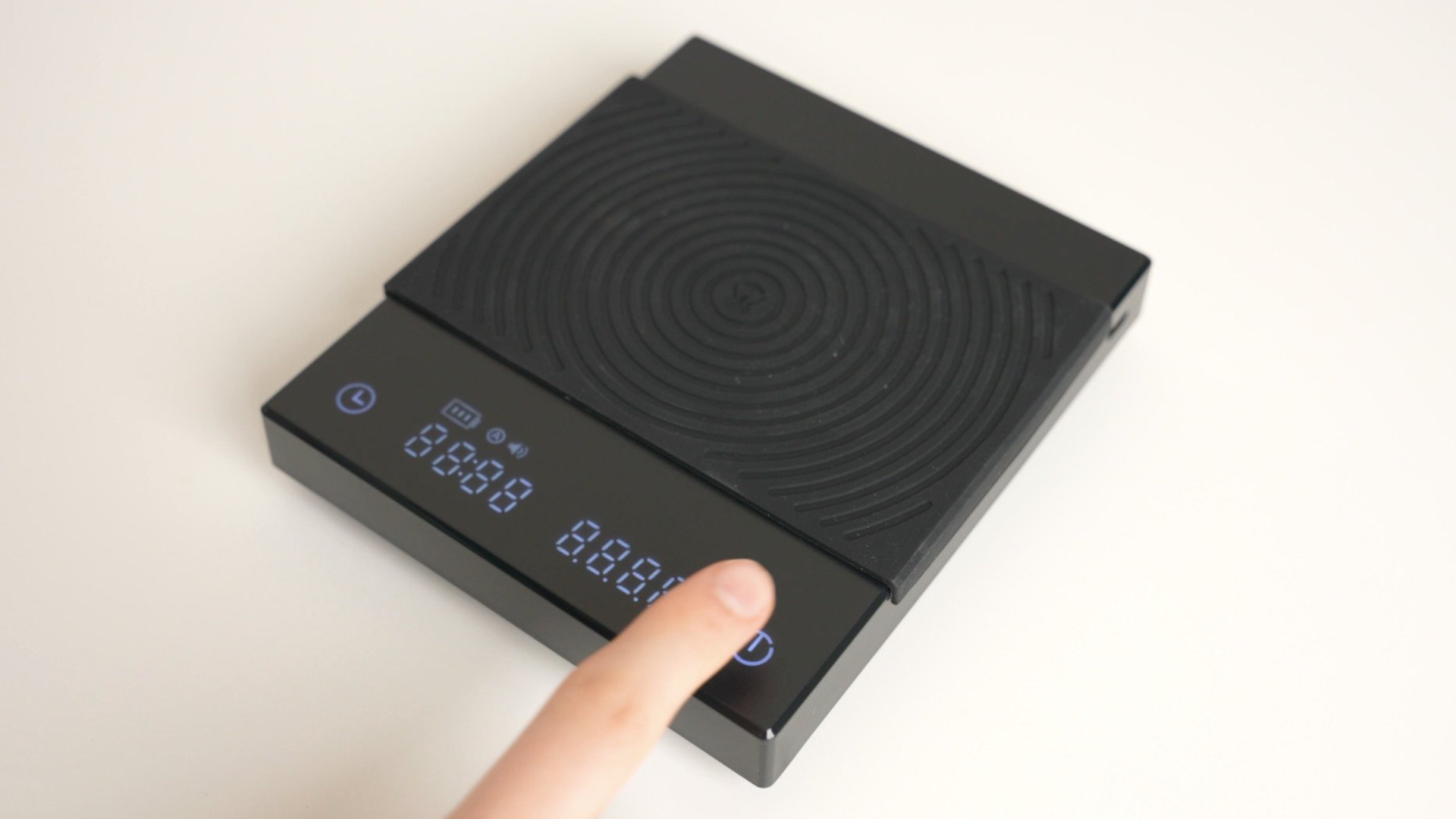 Rapidly tapping the timer button with move the scale into the mode I generally leave it in, which is auto. In this setting, you can still use the zero and weighing functions normally. Or, you can tap the timer button to signal the start of your extraction. The scale will zero itself after a 3 second countdown, and then wait. When it senses liquid being added, the timer will start.

This is a nice streamlined workflow, as all you need to do is tap once after power on, and you’re zeroed out and have a timer on standby. Once you’re finished your brew, you can tap again to stop the timer, and your final time and weight will stay displayed on the screen. 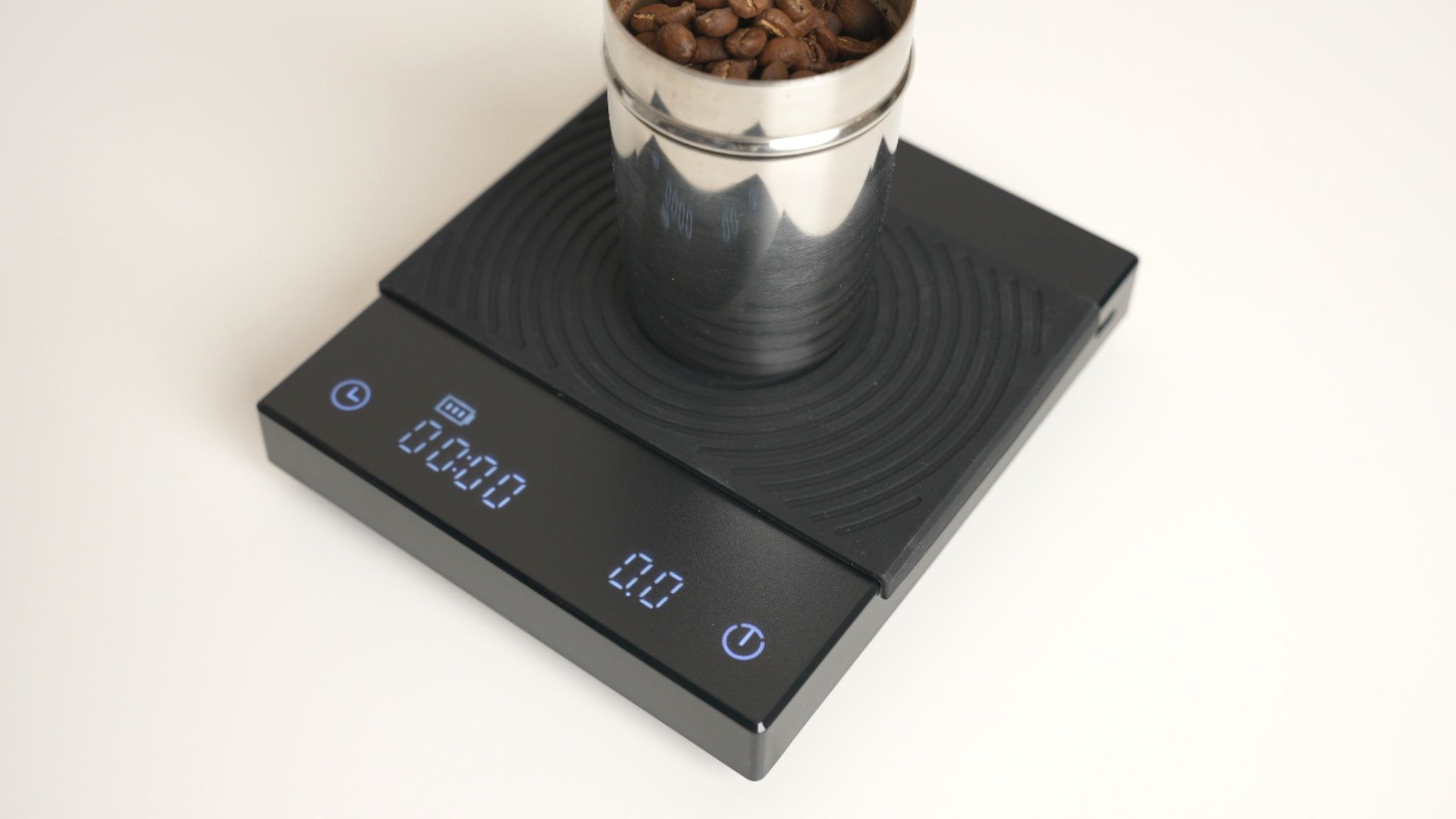 One primary drawback of this scale is its’ size, most considerably the thickness. On consumer level espresso machines such as Brevilles that have generous spout clearance, this won’t be much of a problem. But on my Appartamento, I could barely fit the scale and a shot glass underneath the spouts. Removing the rubber heat protector helped a little.

Of course, this is a non-issue for brew methods other than espresso, where the large footprint actually becomes an asset. 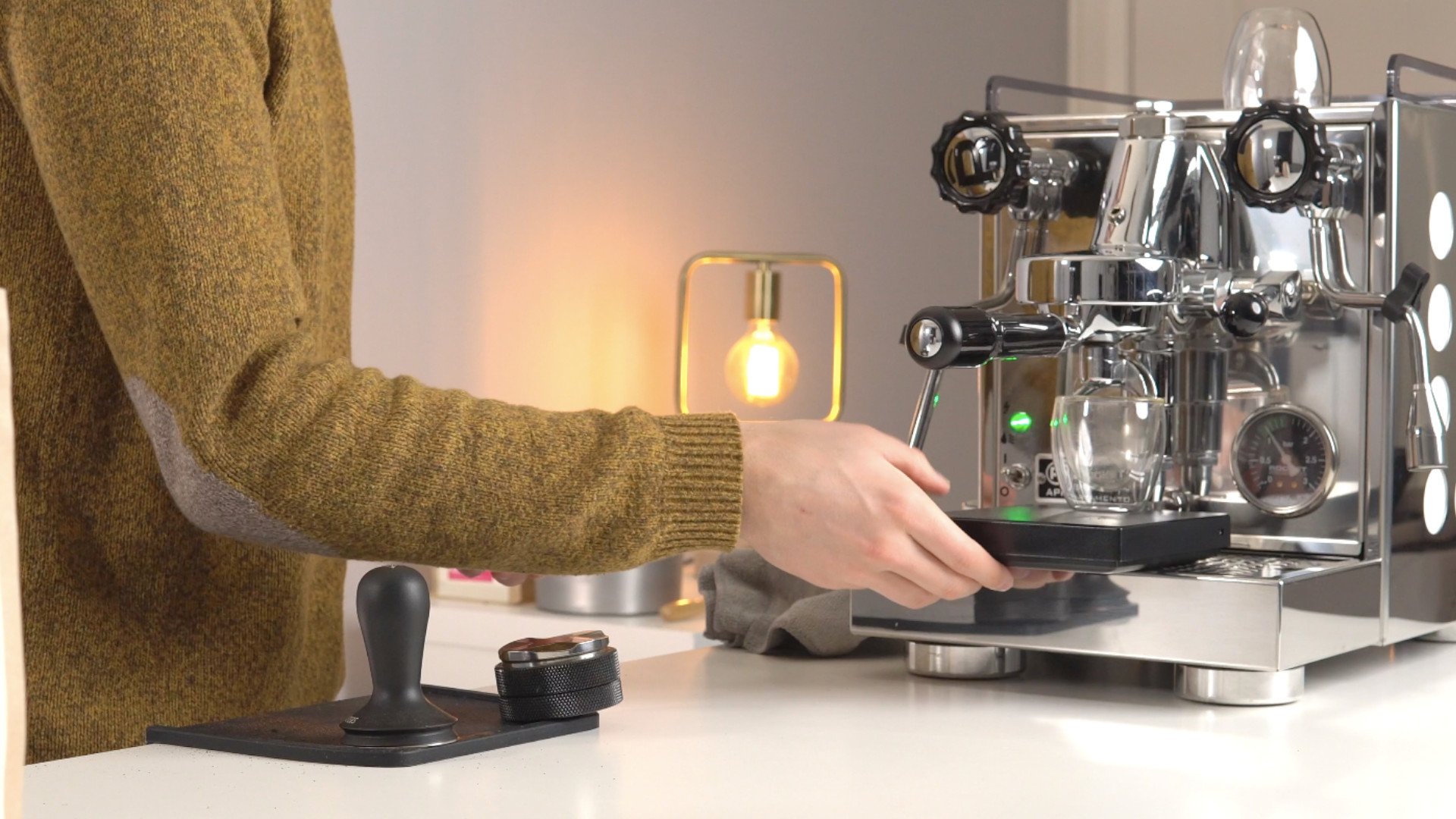 Overall, the Timemore Black Mirror‘s minimal design, and a full suite of auto timer and auto tare modes make this a great option to consider if you’re in the market for a new coffee scale. Just be sure to consider your spout clearance if your main use case is going to be espresso.