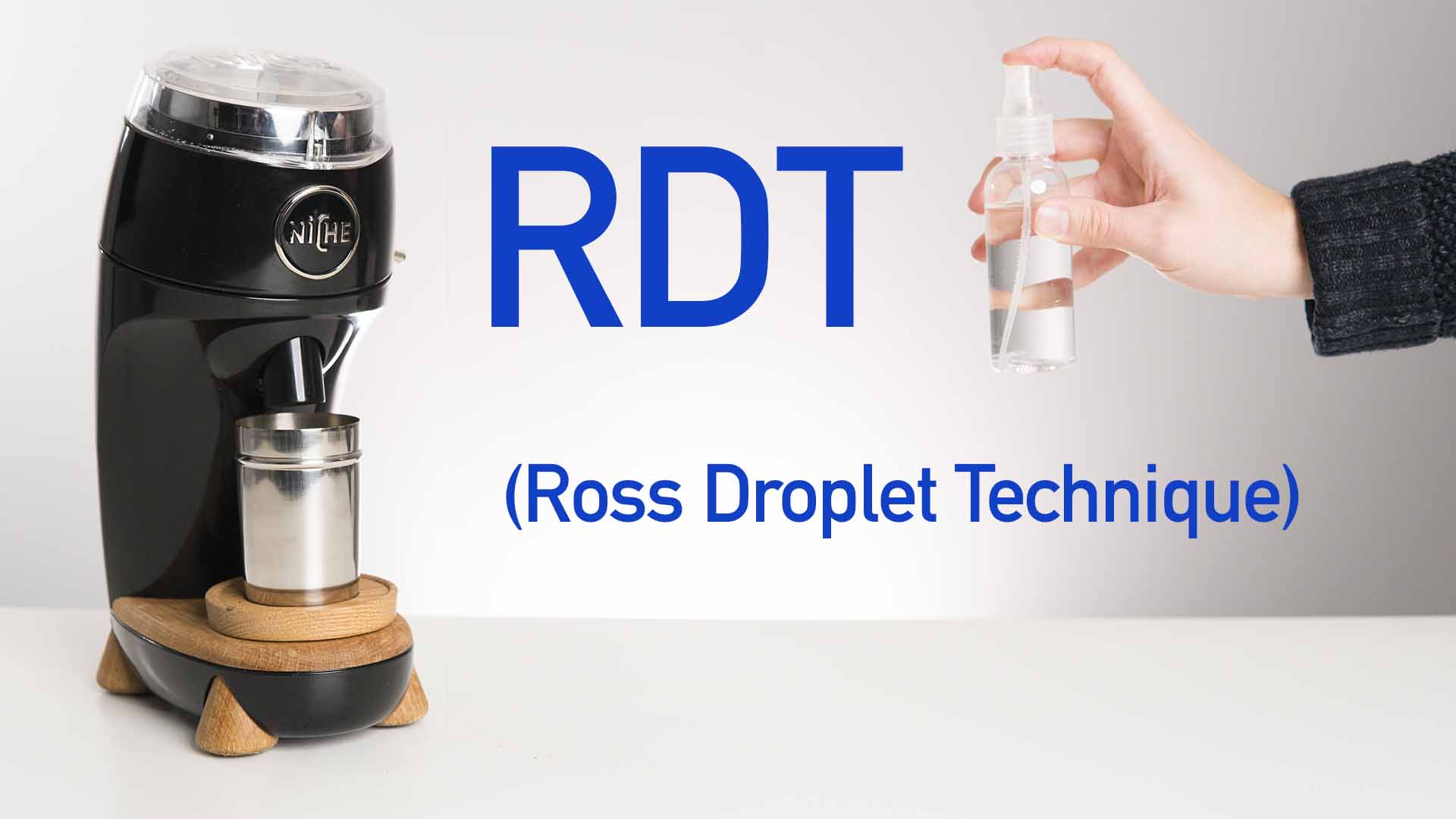 When I woke up in Canada this morning, and went to make my daily espresso, I noticed something was different. When grinding, there was noticeably more static on the grinds making a little mess, and making it a LOT more difficult to get all the grinds out of my dosing cup. So I looked at the temperature, then looked out the window, and it all made sense. Overnight the temperature had dropped well below zero for the first time this year, causing the humidity inside to also plummet.

Espresso is an endlessly fussy, but rewarding, way of extracting coffee, and ambient temperature and humidity are both just another item on the list of things that need to be taken into account day to day.

Lower humidity in the air can very quickly lead to lots of mess from static cling.

Luckily, this is a relatively cheap an easy problem to solve. Back in 2005 David Ross pioneered a revolutionary new technique that has since been coined the Ross Droplet Technique, or RDT. Sounds pretty fancy, but it only takes one piece of equipment: a misting bottle. 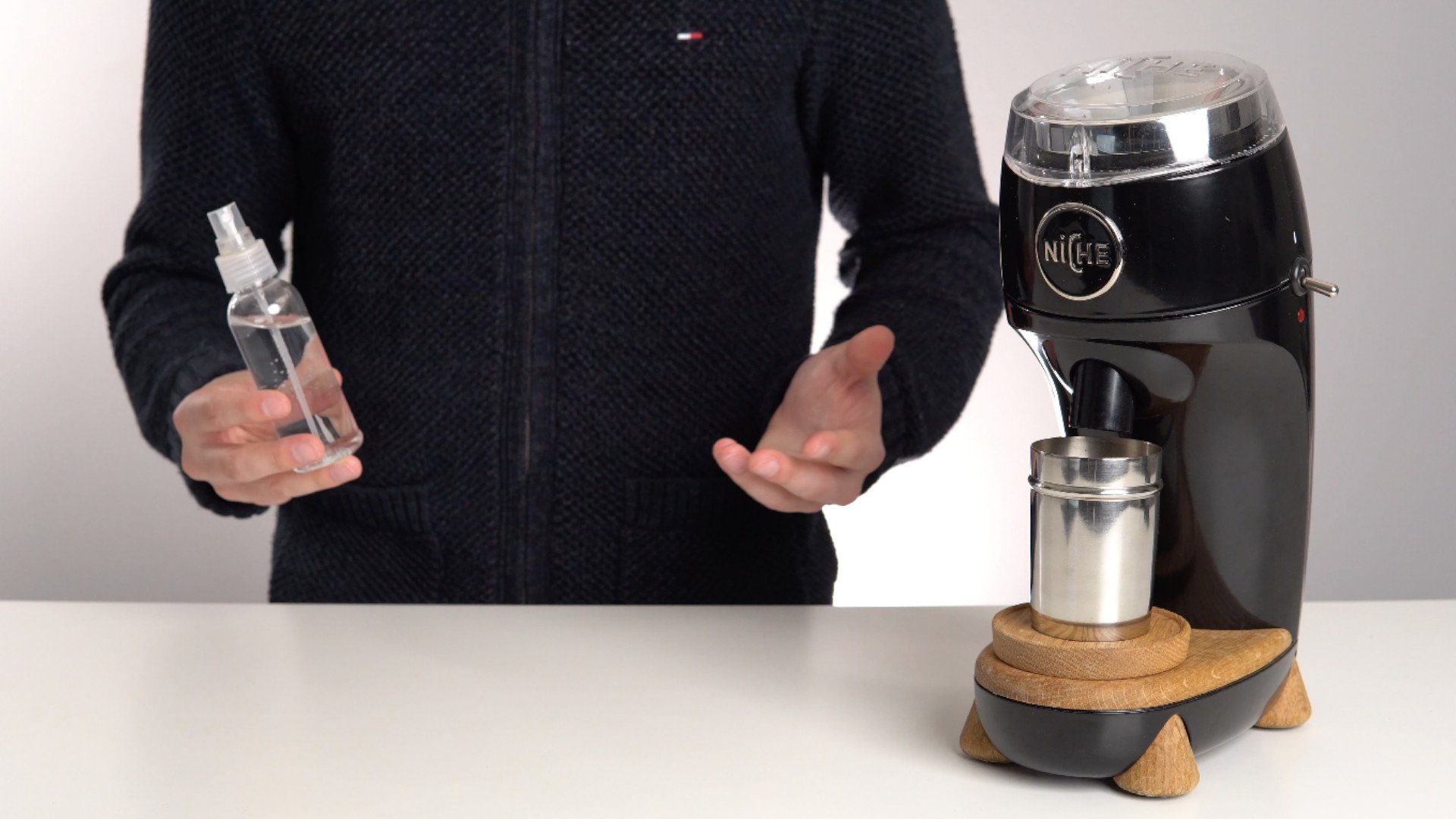 Before putting your beans into the grinder, give them one or two light sprays of water, and then a light shake or stir to ensure each bean gets a few droplets. 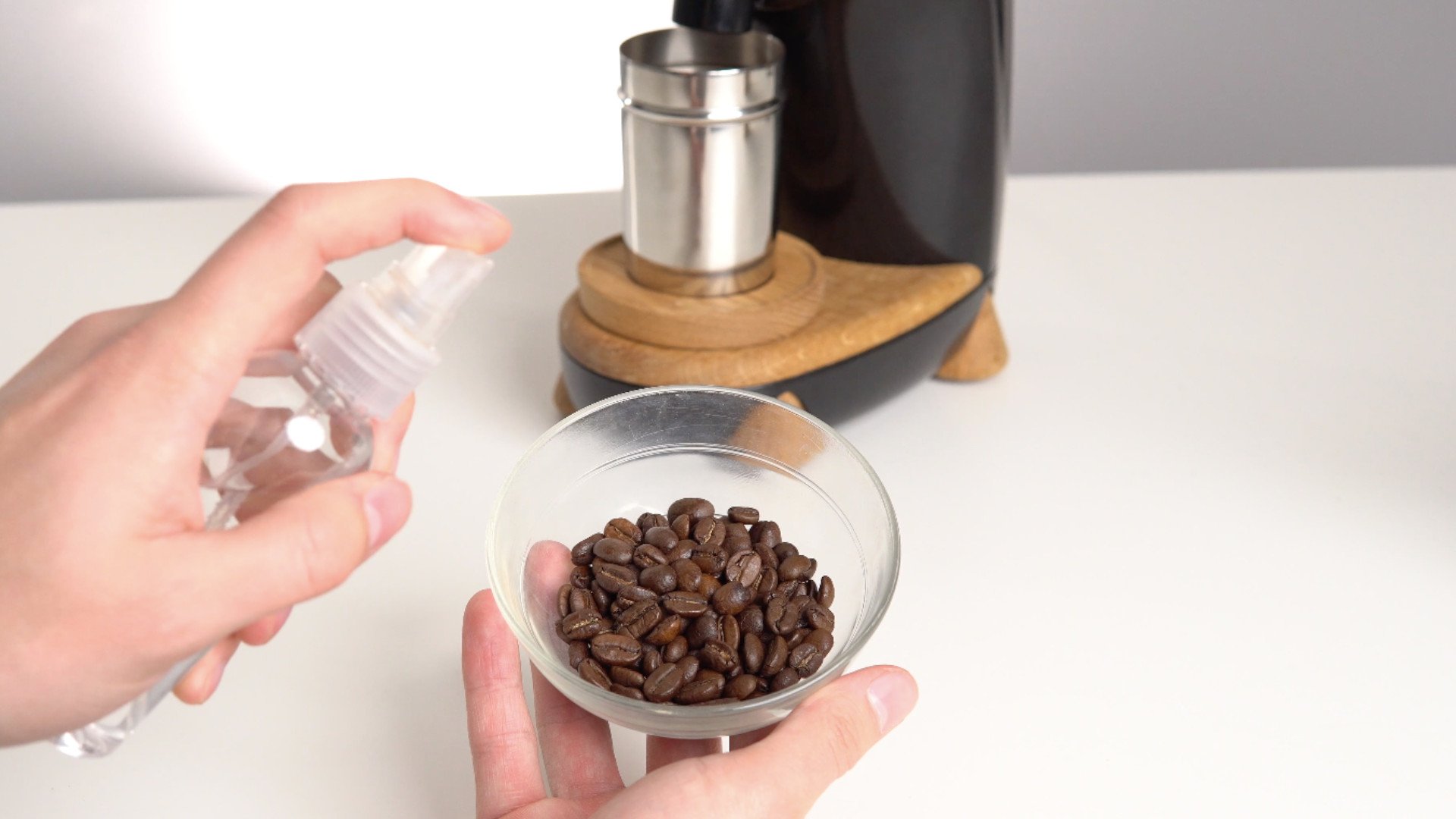 If you don’t use a dosing cup, you can also do this in your grinding hopper, and mix around with your finger. Just make sure you’re not repeatedly soaking the same beans over and over. Also remember, your grinding burrs are made of steel, meaning that they can rust if you go way overboard, so keep the amount of water you use to a minimum while still producing the desired effect.

After mixing in the droplets, simply grind as normal, and be amazed at how much of a difference a few light spritzes of water made. 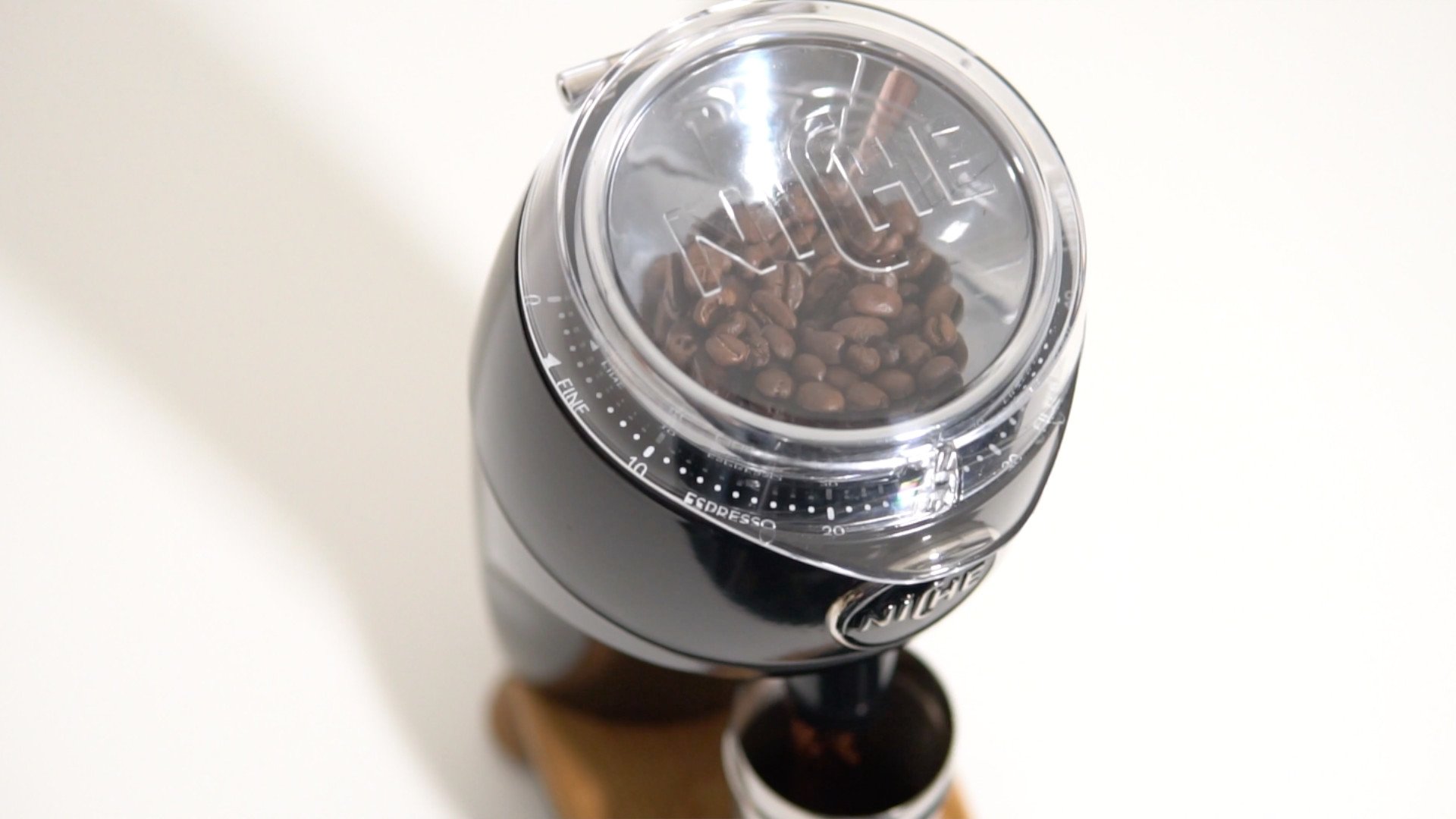 Just look at these back to back doses on the Niche. 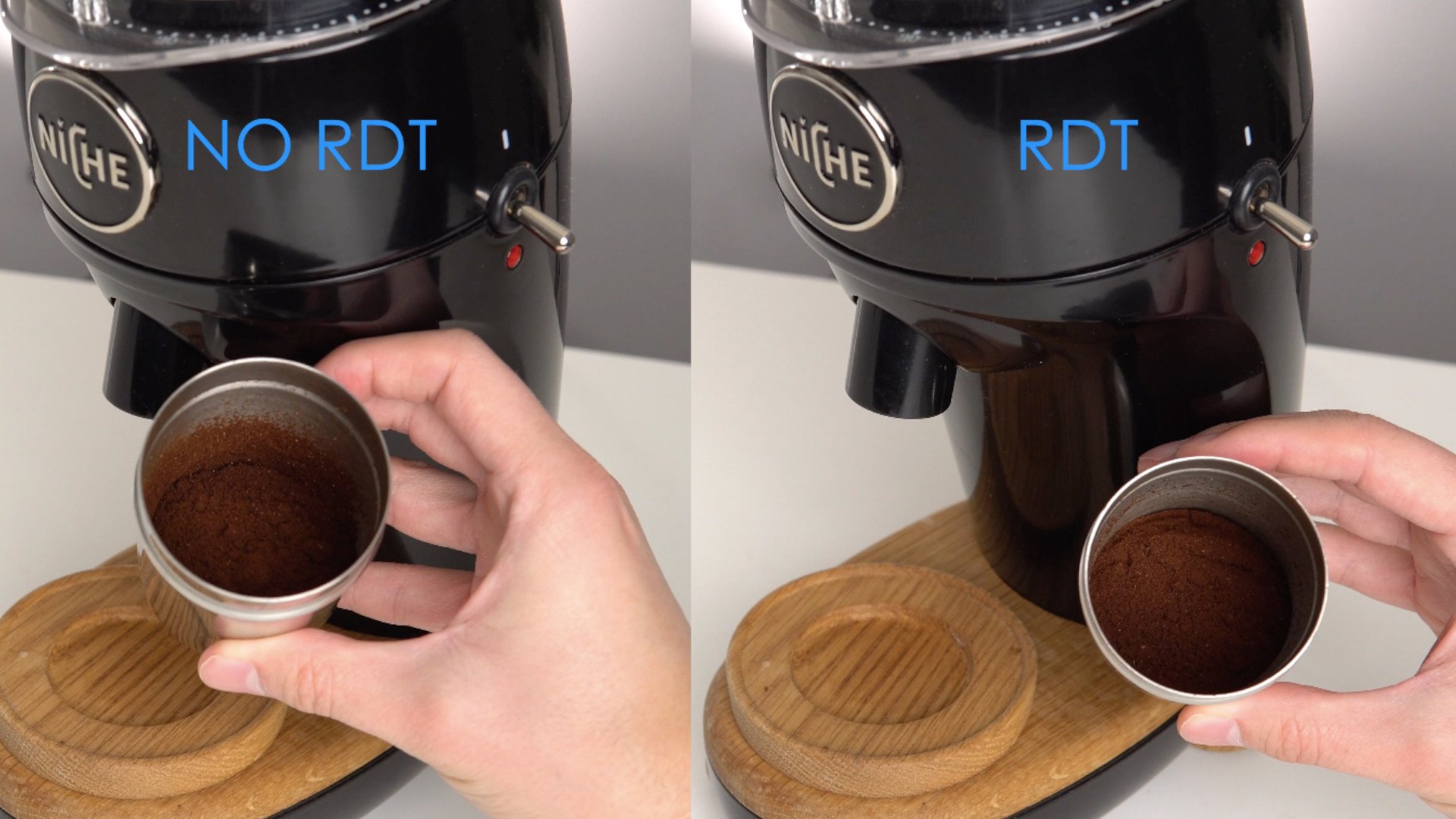 And this isn’t just about static cling either. The less humidity there is in the air, the faster your shot will run if everything else is equal. By re-introducing some moisture into the grinds, it will mean that you don’t need to compensate quite as much with your grind setting to slow the flow.

Overall, this is a widely used and highly effective method of battling low humidity in the cold winter months. I only wish I had thought of it first so that it would have been named after me! How awesome would that have been? 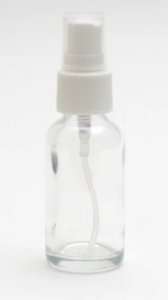