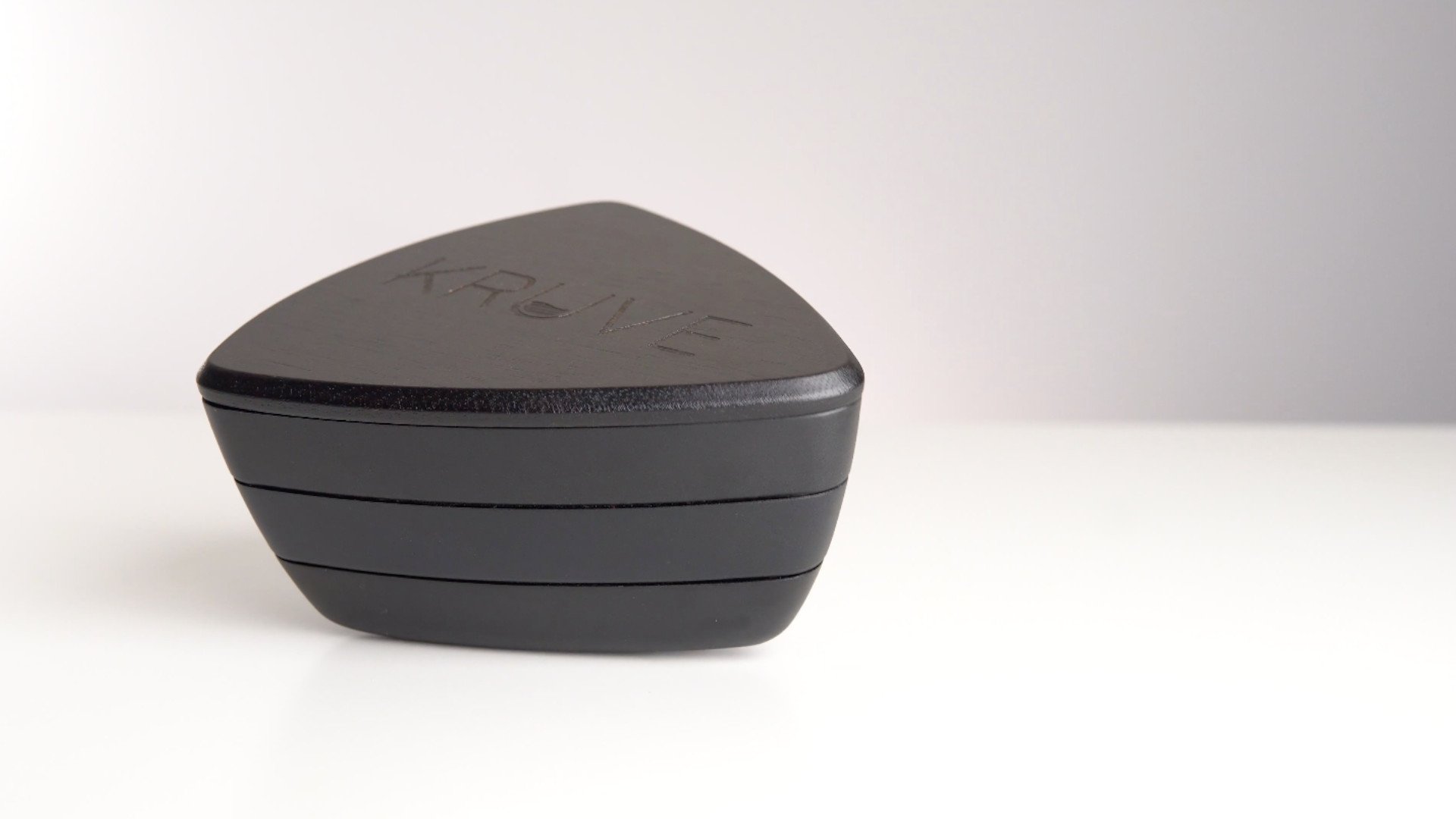 For many people, when they think of a high quality coffee grinder, the first thing that comes to mind is good grind uniformity. Having grounds where each particle is the exact same size, means that in theory you should be able to extract them all the exact same amount, leading to a more even flavour profile with less bitterness from grinds that were too fine, and less sourness from grinds that were too coarse. But what if you didn’t NEED to spend thousands of dollars on a prosumer level grinder in order to achieve this?

When Kruve created the Sifter, they had one key mission statement. To take grounds from less expensive grinders, and allow the user to post-process them to get grounds that are as good, if not better, than those coming from grinders multiple times more expensive.

The Sifter achieves this by including a range of interchangeable, high accuracy screens. By installing a fine screen and a coarse screen in the two slots, you’re able to isolate grinds within a certain grind range. For example, their chart recommends using grinds between 700 and 1200 nanometers for pour over. 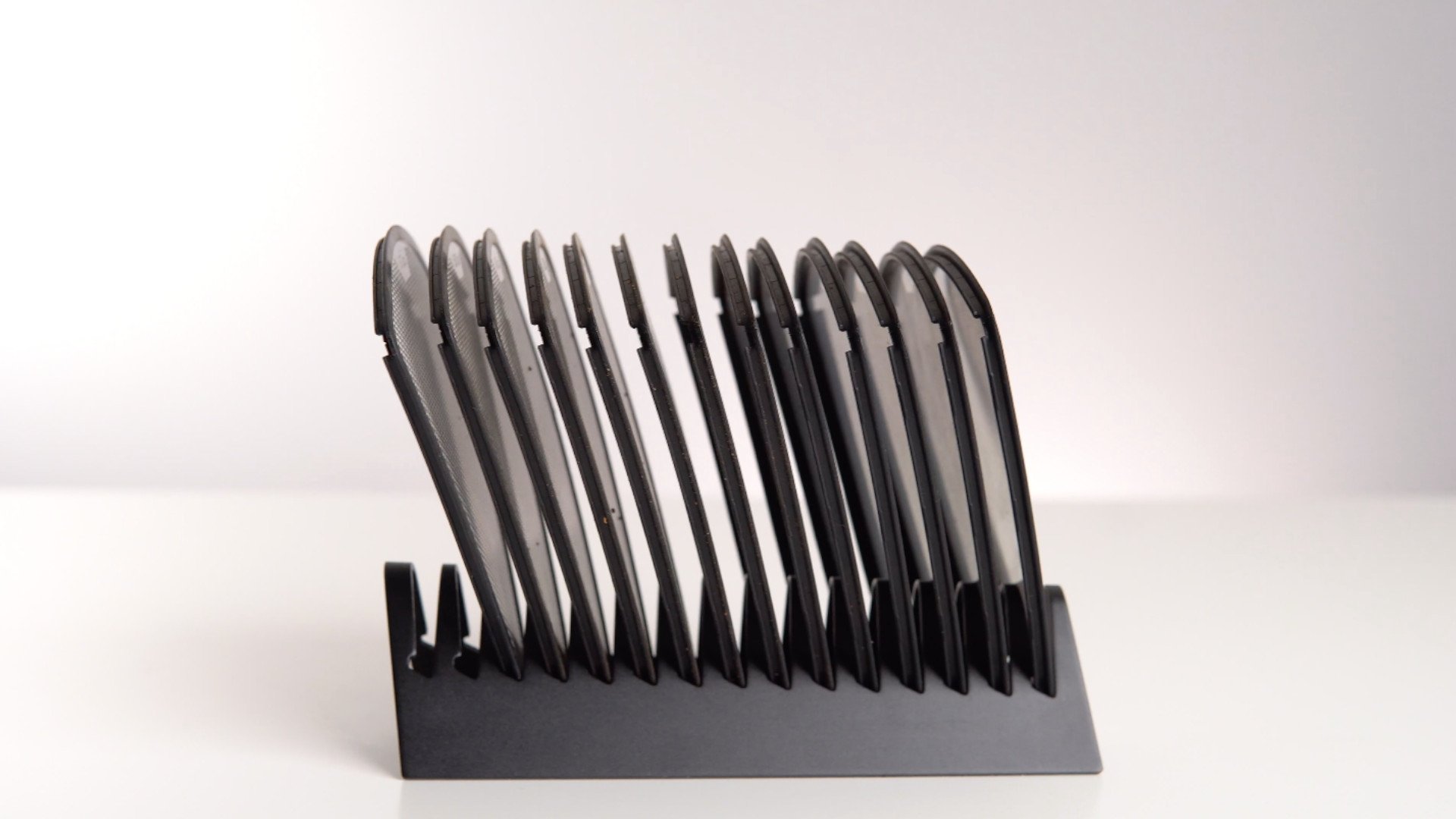 This may seem like overkill, but we’re already doing this subconsciously each time we brew coffee. You might have heard analogies such as that French press grounds should resemble sea salt, or that Espresso grounds should feel slightly finer than sugar. Kruve is simply taking the same concept, and converting those qualitative suggestions into numeric and therefore repeatable size ranges. 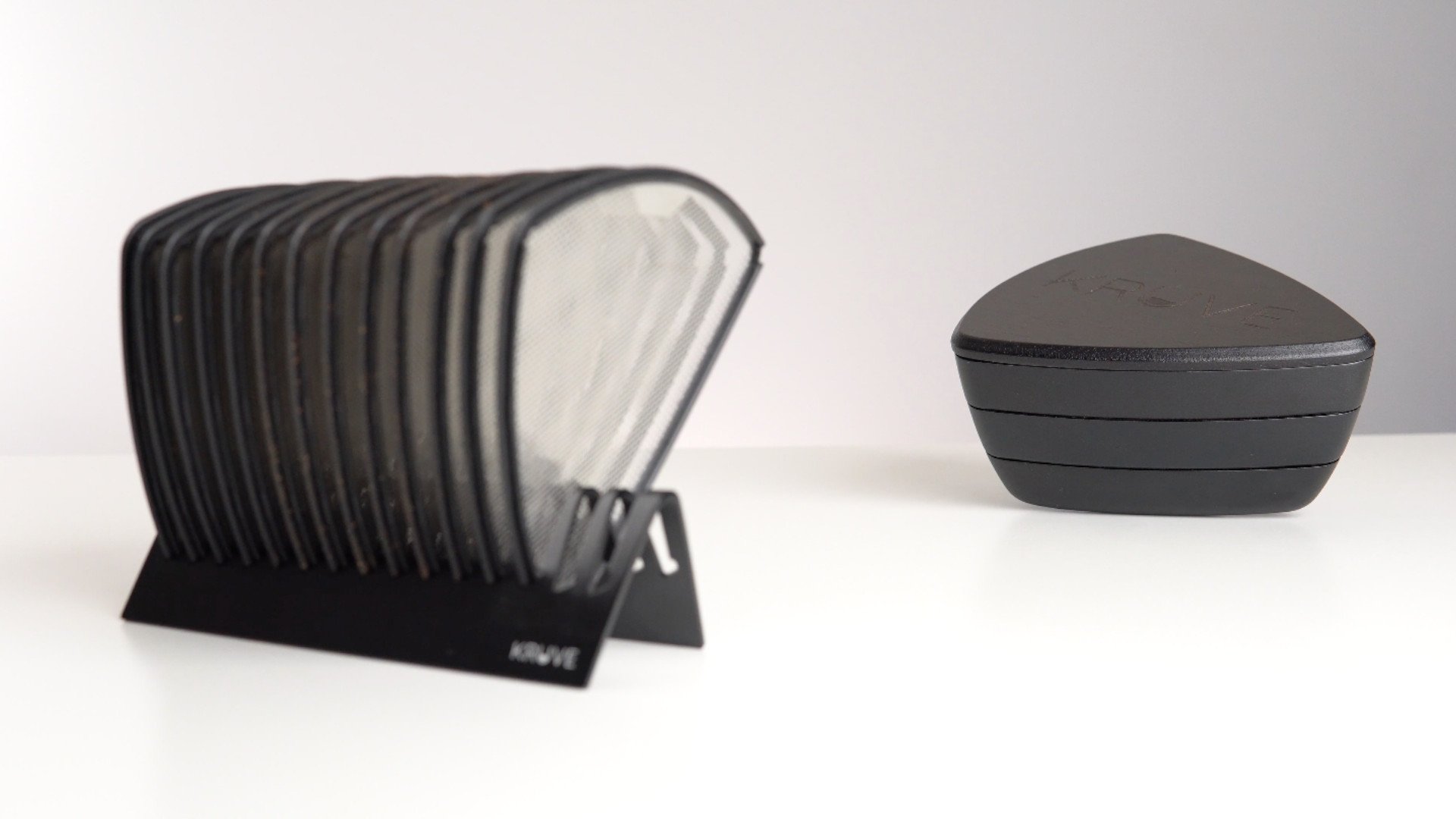 When Would You Use it?

This brings us to the actual use cases for a product like this, of which I can think of two.

The first being for grinder calibration. When you’re trying to achieve a perfect “Medium” or “Medium-Fine”, the Sifter takes the guess work out of that setup. Similarly, I think it would be really interesting if coffee roasters started to put their exact suggested grind size on the bag to pass on to the consumer, but that’s not something I’ve seen done yet. 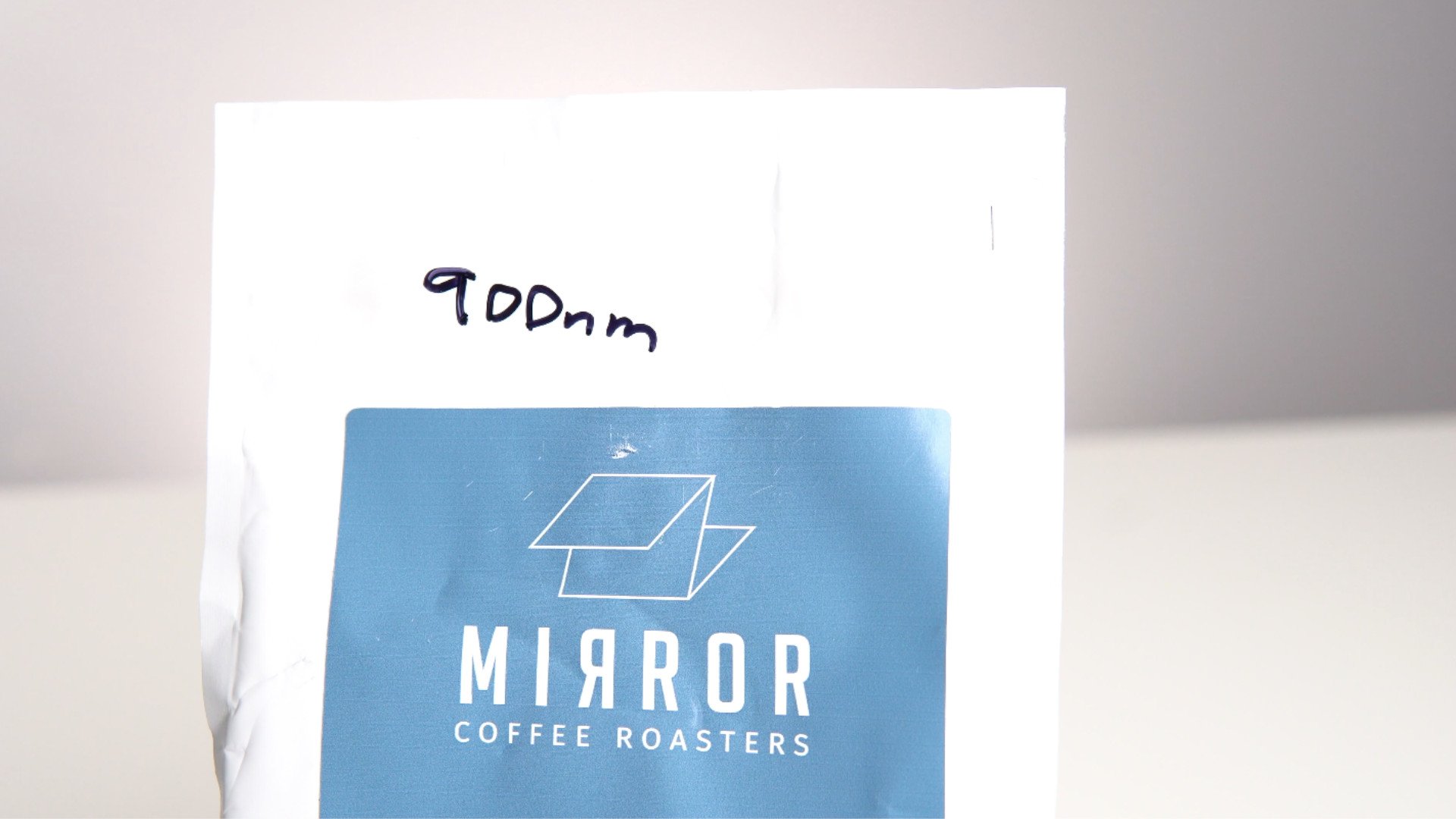 The second use case, is for those looking to improve their coffee quality, and this is where I’d like to share my experiences with the sifter.

My first attempt at using the Sifter was for a V60 brew, because that’s what I currently had my grinder dialed in for. I installed filters at the low, and high ends of the suggested pour over range, ground 22gr instead of my normal 20gr as I was going to be losing some, and got to sifting. 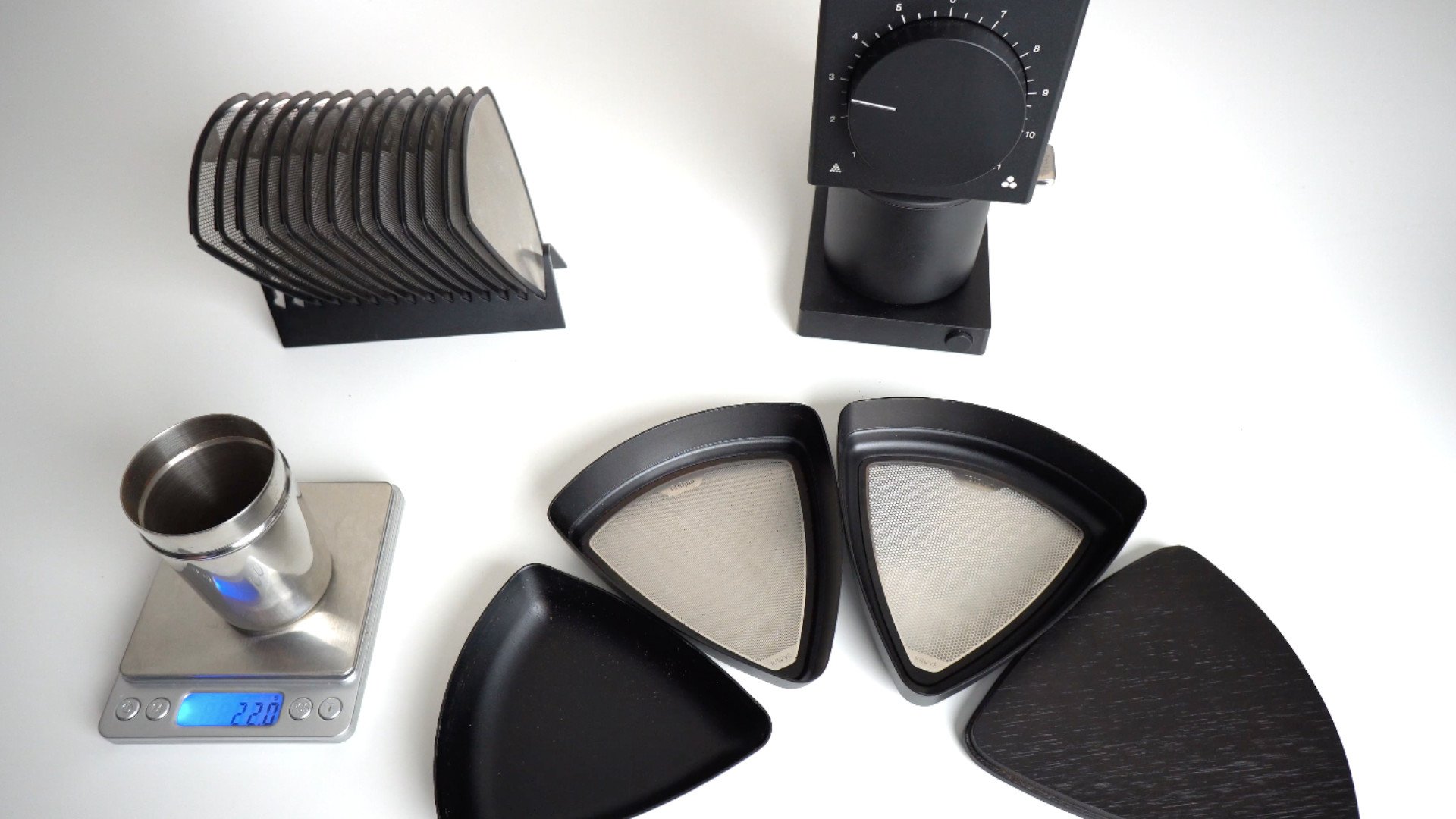 What I was very surprised to find was how much of my grinds actually fell outside of the suggested size range!! Out of the 22gr, only 15 was left in the “IDEAL” range after sifting. Which leads to the first drawback of this system, depending on how accurate you want to be, you are going to waste a fair amount of coffee…. 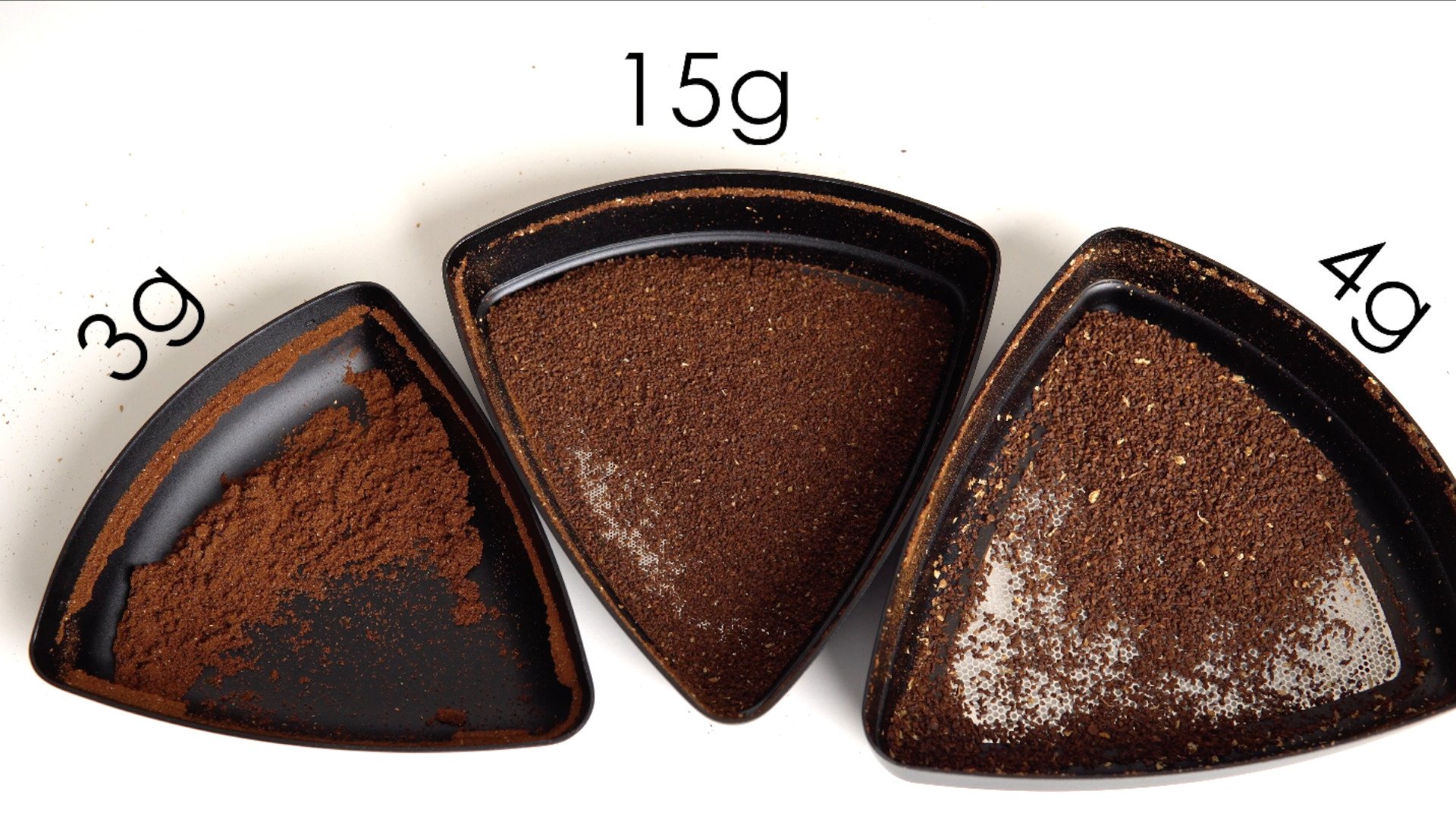 However, the grinds that WERE left looked really REALLY good, exhibiting that “fluffy” look which every grinder aspires to achieve. 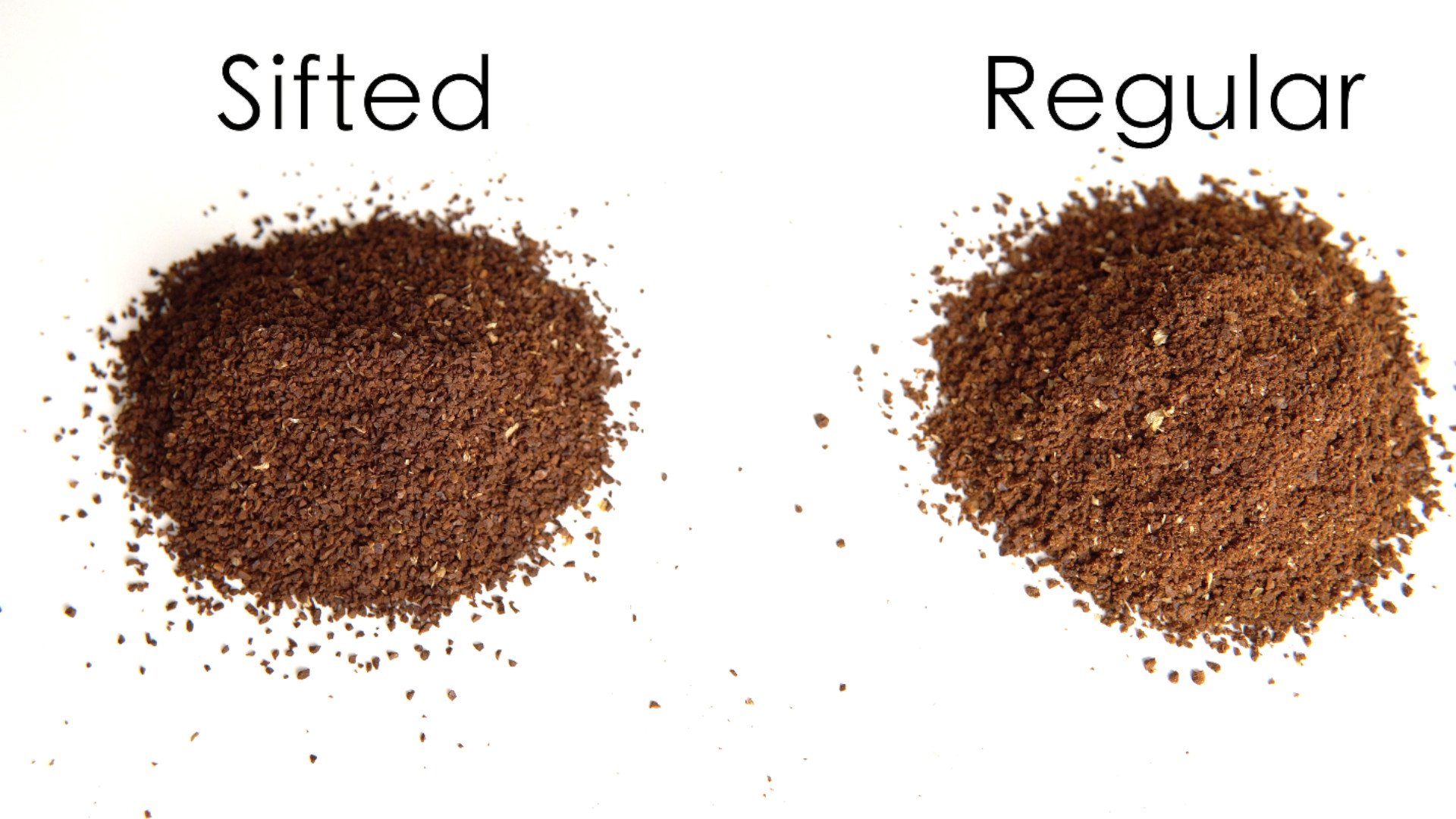 So, I sifted some more coffee to get myself back up to a 20gr dose, and brewed my first cup along with an unsifted cup for comparison. As you would expect, without the presence of as many fines, the drawdown was about 10-20% faster with the sifted brew.

The results, were also somewhat expected, but that didn’t take away from how impressive they were. The sifted coffee very clearly contained flavours that were more “straight up the middle”, effectively truncating the subtle over-extracted and under-extracted notes still present in my normal brew.

In a blind test, my girlfriend and I both preferred the sifted cup, and could easily identify it time after time. The concept is extremely simple, and I struggle to think of another coffee tool that delivers the same amount of quality improvement per dollar spent… even if you spent a fortune on a grinder, it STILL wouldn’t be able to match this level of grind uniformity.

So the question becomes, should YOU buy it??? 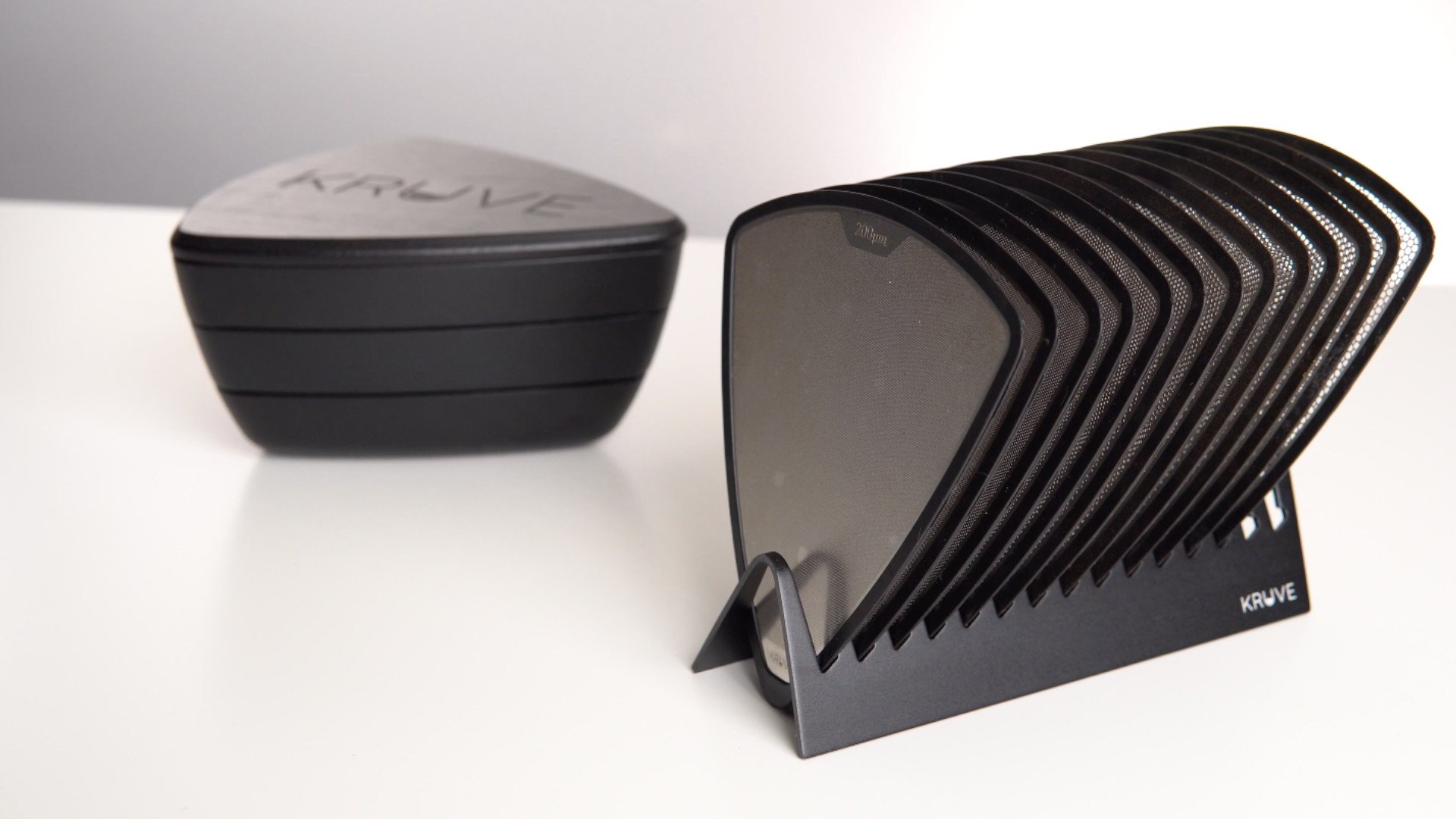 If you’re simply after the best cup of coffee you can make, or are just tired of trying to eyeball what a medium-coarse grind looks like then yes, you should absolutely buy it! It really does work.

My main hesitations with this system come down to workflow, and waste.

Sifting the grinds every time before brewing is not a small extra step to add into your daily routine, and it always got a little messy despite our best attempts. When I had the time, I was happy to add this step in when brewing pour over because of how big the impact was on flavour, but I just couldn’t bring myself to find space for it in my already more involved espresso workflow. Taking out the oversized grinds did prove beneficial to espresso flavour in some cases, but the process simply became too finicky, not to mention the finer grinds associated with espresso became stuck in the sifter more easily. 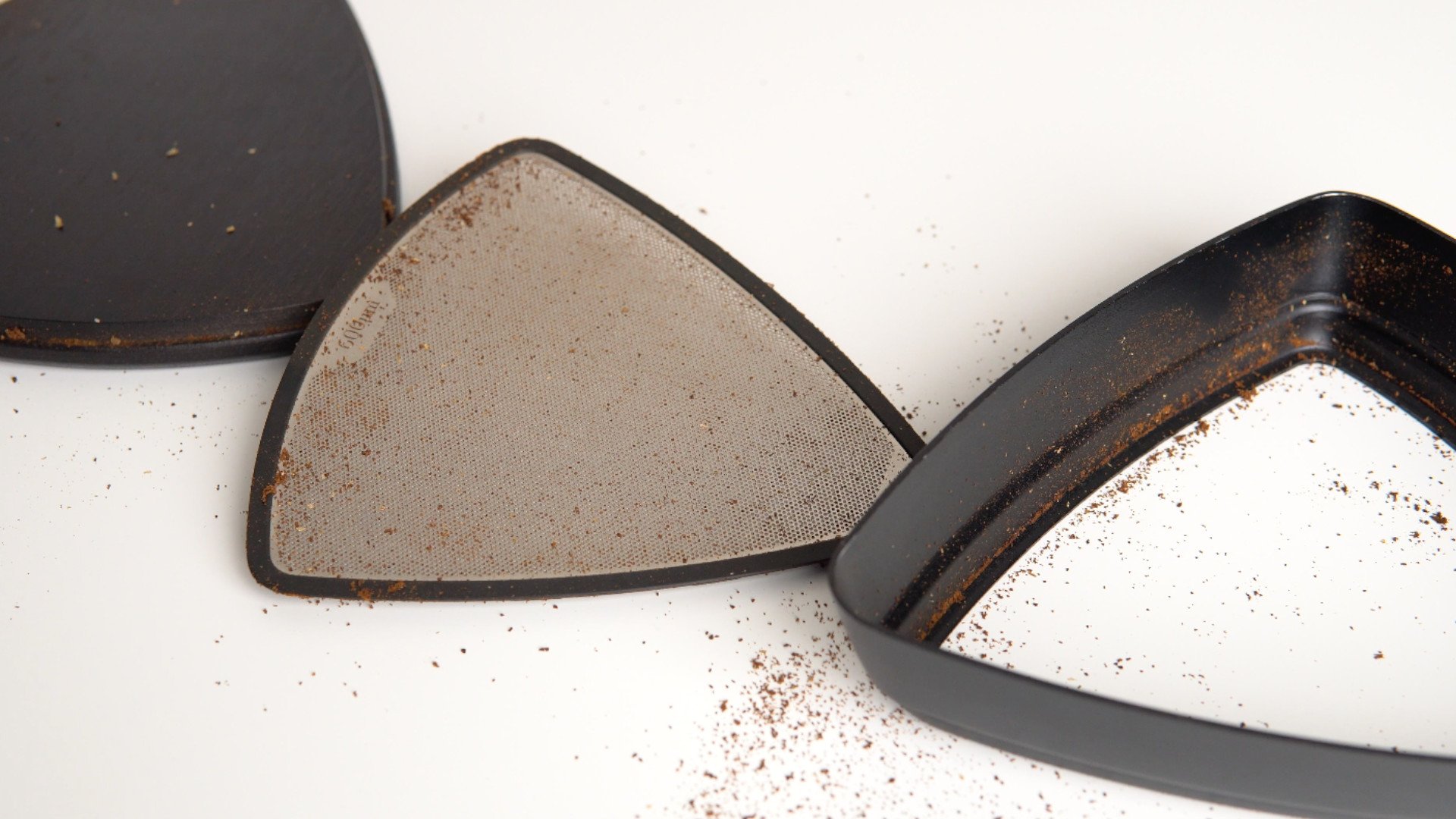 Second, the Fellow ODE has pretty darn good grind uniformity to start with, but it still resulted in just over 30% of grinds being wasted, when sifting for pour over. Of course you could opt to widen the filter range, to reduce the amount of waste, but you will start to bring back in those less-desirable flavours as you do so. Like most things, there will be a sweet spot that you must find for yourself. If you can find a use for the grinds that would otherwise be discarded such as making cold brew from the grinds that were too coarse, then that’s a total win-win. 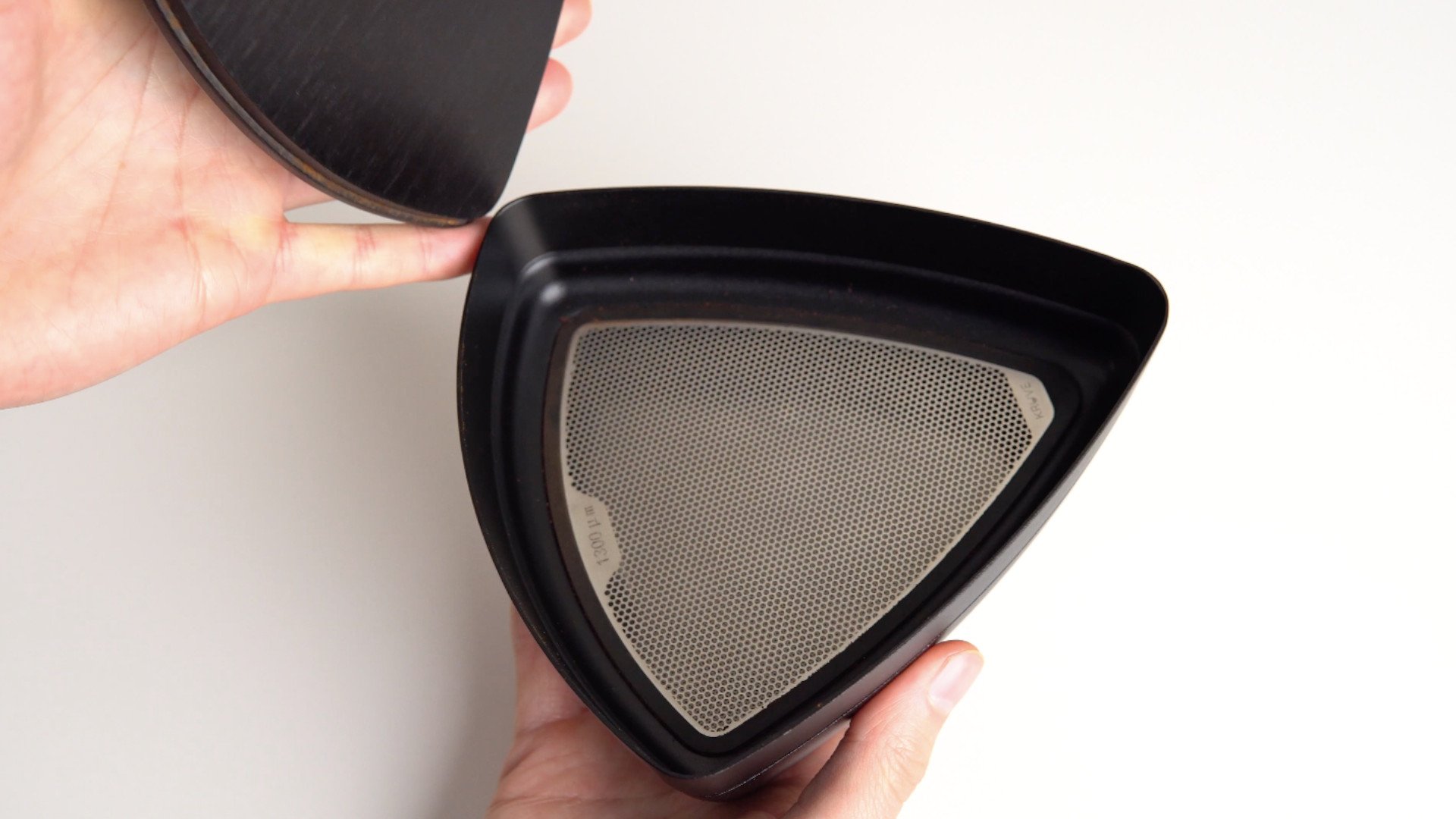 Overall, I was very impressed by the simplicity and the effectiveness of the Kruve sifter, and it has absolutely earned a permanent place in my now all matte black pour over setup. If you’re someone who is always striving to step up their coffee quality, then this is definitely a product to check out. I’ll leave a link to where you can buy it in the description below. 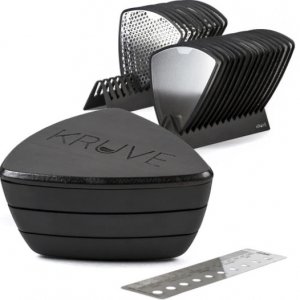