How to Time Espresso Shots

When beginners enter into the world of espresso, they’re immediately bombarded with numbers. 9 Bars of pressure, 18 grams in, 36 grams out, 90-95 degrees Celsius, 25-30 seconds… It’s a lot to take in… So today, I want to tackle one SMALL part of the equation that results in some of the MOST confusion. Shot time, and HOW to time your espresso shot.

The crux of this debate centers around when to start the timer. Some dialing in tutorials will time from button push, some from first drips in the cup, and each method has plenty of people willing to defend why one is better than the other. 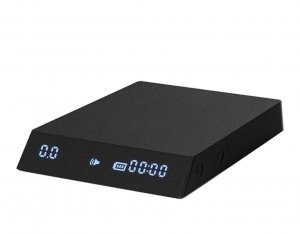 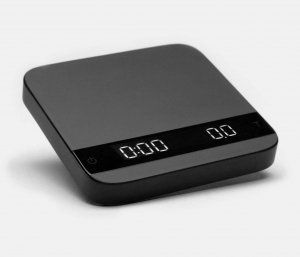 For those in favour of timing from button push, there is one standout argument. From the moment hot water comes in contact with the coffee bed, extraction has already begun. With espresso, small differences in contact time and water volume can make large differences to the final taste because of how quickly the extraction process is occurring.

So, it only makes sense to start timing the shot from the very second the pump is activated, so that you don’t ignore the impact of this initial water contact time. Just because water isn’t exiting the bottom of the puck, doesn’t mean important things aren’t happening.

In contrast, those who argue for timing from first drip have a different, and equally valid argument. Depending on which machine you are using, the length of time, and what happens flow-wise between pump on and first drips can vary drastically. For example, rotary pumps can deliver higher flow more quickly than their vibratory counterparts. Or what about machines that offer a low-pressure pre-infusion? How long is that pre-infusion? How low is “low-pressure”? When timing from button push, these differences from machine to machine can result in drastically different extraction times.

When timing from first drip, you consciously choose to only start observing the pucks behaviour once it has reached a level of saturation where liquid begins exiting the bottom. This results in POTENTIALLY more consistent and widely replicable timing, if you’re trying to communicate your recipe to someone with a different system.

So which one is right? And which one should you be using? To answer that, you need to determine one key point that is almost always overlooked in this discussion. And that is, what are you trying to accomplish by timing your shots in the first place?

Most beginner “dialing in” videos list times of 25-30 seconds for a 36g shot simply because they are trying to get viewers dialed in to a reasonable flow rate, before they start tasting the shots. That’s it.

So for that purpose, time however you’d like. At this stage in the process, you’re aiming for a ballpark, not a final product. This flow rate or shot time could be wildly different than what is required for your specific beans or personal preferences. Which is why any dialing video worth its weight won’t end there. It will continue to explain how to further dial in to taste, once you’ve reached the point where it makes sense to start tasting. However, most people aren’t interested in that. Viewers tend to drop off pretty quickly once you stop giving one size fits all instructions, and start talking about how to taste and tweak extraction to your specific beans.

In contrast, if you ARE talking about a specific coffee, and are trying to communicate to someone how to replicate a SPECIFIC recipe for that coffee, then going into more detail about how exactly you timed becomes more important, and aiming for a specific shot time makes more sense because it is no longer a completely arbitrary number. In this scenario, give as much information as possible. Use a combination of both timing methods. Telling someone you had a 10 second pre-infusion and took 40 seconds total to reach a certain volume in the cup is far more useful than just quoting a single start to finish number.

Once dialed in, shot time can be used as a way to measure constancy from shot to shot, and if you’re consistent enough, could even be used to replace a scale if you really want to. In this scenario, pick whichever timing method you like! Because between you and your machine, nobody can judge you one way or another. My recommendation is to pick up a scale with an espresso mode, and simply glance at the number as the shot ends, giving yourself a pat on the back each time you get close to your initial dialed in time. I’ll leave a few suggested scales with this kind of espresso mode linked down below.

At the best of times, timing is an approximate indicator of shot quality, that must be used in conjunction with tasting and tweaking. There is no magic number. I’ve made excellent 15 second shots, and excellent 50 second shots, and if that’s what tastes best to you with your coffee, then there is absolutely nothing wrong with that.