When taking a step up or away from Breville, two machines most commonly mentioned are the Gaggia Classic Pro, and the Rancilio Silvia. That being said, there is a quite significant price gap between these two machines. Is the more expensive Rancilio worth it for you? 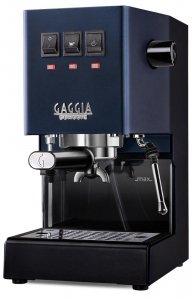 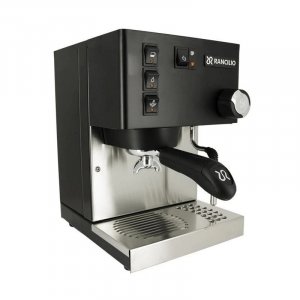 Taking a look at the physical machines, they really are shockingly similar. They both have sort of a retro appearance, bent metal outer shells, polished cup warming trays, rocker switches to control power and brewing… but there are a couple differences I’d like to point out.

Both water reservoirs can be filled from the top of the machine, but the Gaggia’s can also be pulled out and filled from the front. Which is useful if you have low hanging cabinets.

The metal drip tray on the Rancilio feels nicer than the plastic one found on the Gaggia, however it has one strange flaw. Instead of being a standard deep drip tray, it’s just a metal grate that reveals a shallow pan underneath… as mentioned in the full review of the Silvia, I really don’t understand this decision because not only does it reduce the capacity, but makes it almost impossible to remove without spilling if it’s anywhere close to full…

Comparing build quality, the Rancilio is ahead in a couple areas, as you’d expect given the difference in price. Most noticeably are the portafilter handle, steam knob, and steam the arm itself, all of which feel far more robust on the Silvia. The machine is also 50% heavier than the Gaggia, which is noticeable when locking in the portafilter as you don’t need to hold the machine to stop it from sliding around.

Moving on to espresso quality, these two machines are closer than I think many people would expect. They both have 58mm portafilters, both group heads are able to heat those portafilters up very effectively, both will produce better espresso, more consistently than something like an entry-level Breville assuming you pair them with a capable grinder, and both the Gaggia and Rancilio will require some temperature surfing to get an accurate temperature from shot to shot, as neither are equipped with a PID .

Straight out of the box, I would give a slight advantage to the Rancilio, almost purely due to the quality of the included filter baskets. I struggled a bit to get shots I was happy with using the Gaggias stock filter, but after switching both machines over to the same precision IMS basket, I’d be completely lying if I said I could taste a difference between these two machines. Another out of the box advantage of the Rancilio is that there is an easy way to adjust the brew pressure, if you feel it is running to high. The process is literally right in the instruction manual. On the Gaggia, you’ll have to do some Googling, and a bit of DIY work with the OPV spring to get the same result.

Before we move on to steaming performance, we need to stop and talk grinders. Grinder quality will make a huge difference to the quality of espresso you’ll be able to make with either of these machines. Meaning that if the Rancilio is already maxing out your budget, you’d be better off going with the Gaggia and spending the money you saved on a good quality espresso grinder. This statement might be a little recklessly broad, but in general, the Gaggia paired with a $600 grinder, will make better espresso than the Rancilio with a $300 grinder.

Now that we’ve covered the espresso quality let’s move on to steaming. Steaming power and capacity is probably the area where these two machines differ the most. The Silvia features a 300ml boiler, vs the 100ml boiler found on the Classic Pro. This mean that not only can it steam much faster, but it can also steam for much longer than the Gaggia. And This is important, because the Rancilio Silvia is not a machine you want to be switching it between brewing and steaming very often. The larger boiler means that the brew to steam transition takes 1.5mins , versus only 35seconds on the Gaggia.

So if the Rancilio steam faster, but transitions slower, does that mean that both these machines are equally fast at making a latte? Not necessary. What it does mean is that if you want to take full advantage of the Rancilio’s power and speed, you’ll need to steam the milk first, cool the boiler down, and then brew your espresso second.

Independent of speed, both these machines are capable of creating latte quality microfoam, but I do much prefer the steaming experience on the Rancilio thanks to its higher quality steam arm which is on a ball joint, versus the slightly cheap feeling arm on the Gaggia that only pivots.

Now, it wouldn’t be a complete review of these two machines without mentioning the wide array of modifications currently available for both. From PIDs to shot timers, both machines are crowd favourites for third party modifications. If you’re someone who’s willing to tinker, you can take the already great performance of both these machines to something that punches truly above it’s price range.

So, which one of these two machines will serve you best?

As mentioned before, if you don’t already own a good quality espresso grinder and the Rancilio Silvia is maxing out your budget, then you’d be much better served by going with the Gaggia Classic Pro and investing the money you saved into a grinder to pair with it. However, if you have the budget, the Rancilio does offer a more solid build compared to the Gaggia, and much more powerful steaming, albeit with a slower transition speed.

In the end, you should feel no hesitation going with either of these two machines. They are crowd favourites in their respective price brackets for a reason, and both provide an extremely solid foundation on which to build your home espresso setup.